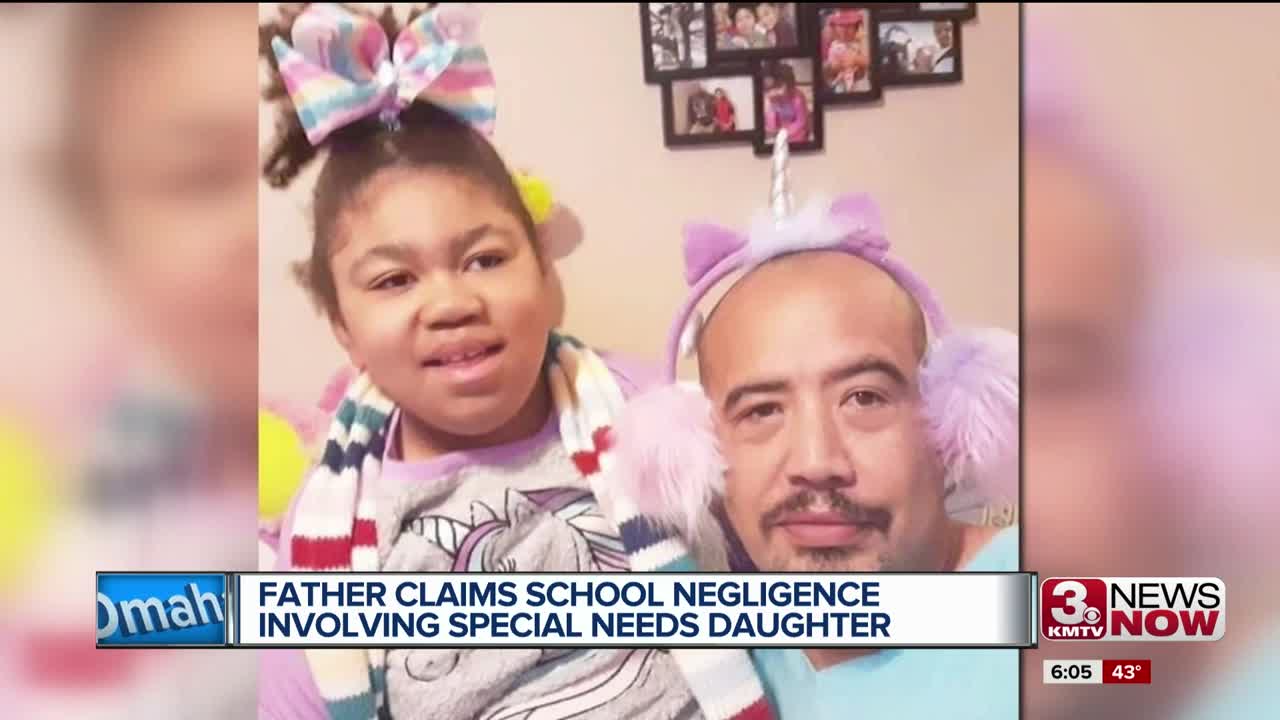 COUNCIL BLUFFS, Iowa — Ramon Espinoza claims his 7-year-old special needs daughter, Elizabeth Espinoza, suffered a concussion during transportation for a Hoover Elementary School field trip. Elizabeth has autism, is non-verbal and uses a wheelchair to get around.

Last Wednesday morning Elizabeth was on a school bus with her classmates when she somehow fell.

"I feel like maybe she slipped out, maybe more than one thing. She could've been not strapped properly to the chair too," Ramon Espinoza said.

According to Mr. Espinoza, he wasn't notified until the end of the school day and was told by her teacher that Elizabeth was fine. But he just knew something was off.

He took Elizabeth to the doctor the next day and says she was diagnosed with a concussion.

"I know what a concussion is. And knowing my daughter felt pain like that, and I wasn't there, just rips my heart," Ramon said.

Late Monday afternoon, Mr. Espinoza was asked to meet with the principal and an official from the bus company, First Student Inc. They showed him the surveillance footage of the incident, but he says it didn't answer any of his questions. He says the footage doesn't show how - or if - she was strapped in or who brought her on the bus - leaving him with more questions. Our request for a copy of the footage was denied due to student confidentiality.

"We were concerned to learn of the incident on the bus last week, and immediately began to seek additional information about what occurred. There was no indication of any injury to the child whose wheelchair was tipped back slightly onto its back wheels. However, we did make the parent aware of the incident at the end of the school day, and continued to investigate with First Student Bus Company.

First Student bus company has placed the driver and bus monitor on administrative leave during the investigation.

As a school district, we are working with the bus company to ensure all safety protocols are taken to secure wheelchairs on all buses.

We are all grateful that our student is okay. I know that the principal will continue to work with the family so they feel confident that their child is safe on the bus.”

Ramon Espinoza says Elizabeth will return to school once she heals from her concussion symptoms. We'll make sure to update you on this story as this investigation continues.