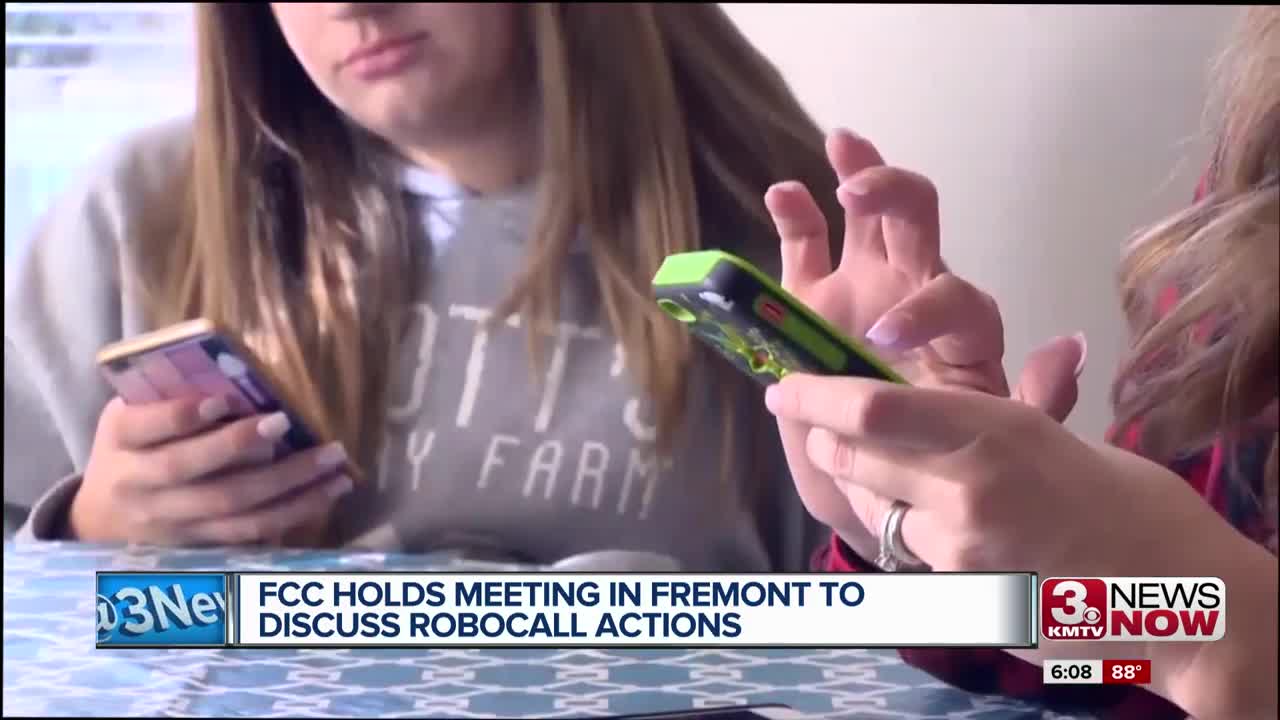 FREMONT, Neb. (KMTV) — It's a problem anyone with a cell phone seems to have, robocalls. Callers on the other line trying to take your personal information and scam you out of money. That issue prompted the Chairman of the FCC to stop by Fremont talk more about it.

"Robocalls are an annoyance at best, and they are scam at worst, and unfortunately many Americans are scammed out of their hard earned dollars each and every year," said Ajit Pai, Chairman of the FCC. "Nebraskans have been bombarded with these robocalls, 17 million in the last month alone."

That huge number has made it an issue for so many people. Pai says the FCC has worked with phone companies to block those calls, and have also issued large amounts of fines to the ones making the calls. "We've imposed or proposed over a quarter billion dollars in fines, we essentially want to make it less profitable for these scam artists to stay in business," says Pai.

With many of those robocalls coming from places far away from Nebraska, would a fine really be effective? That's the task federal regulators are continuing to work on.

Help also comes in the form of education, which was a big point of the meeting in Fremont. "We're pulling out all the stops at the FCC we want to make sure that when consumers get calls on their phones they can once again answer that phone with confidence," said Pai.

Tips to remember for robocalls: