Fire breaks out at hotel 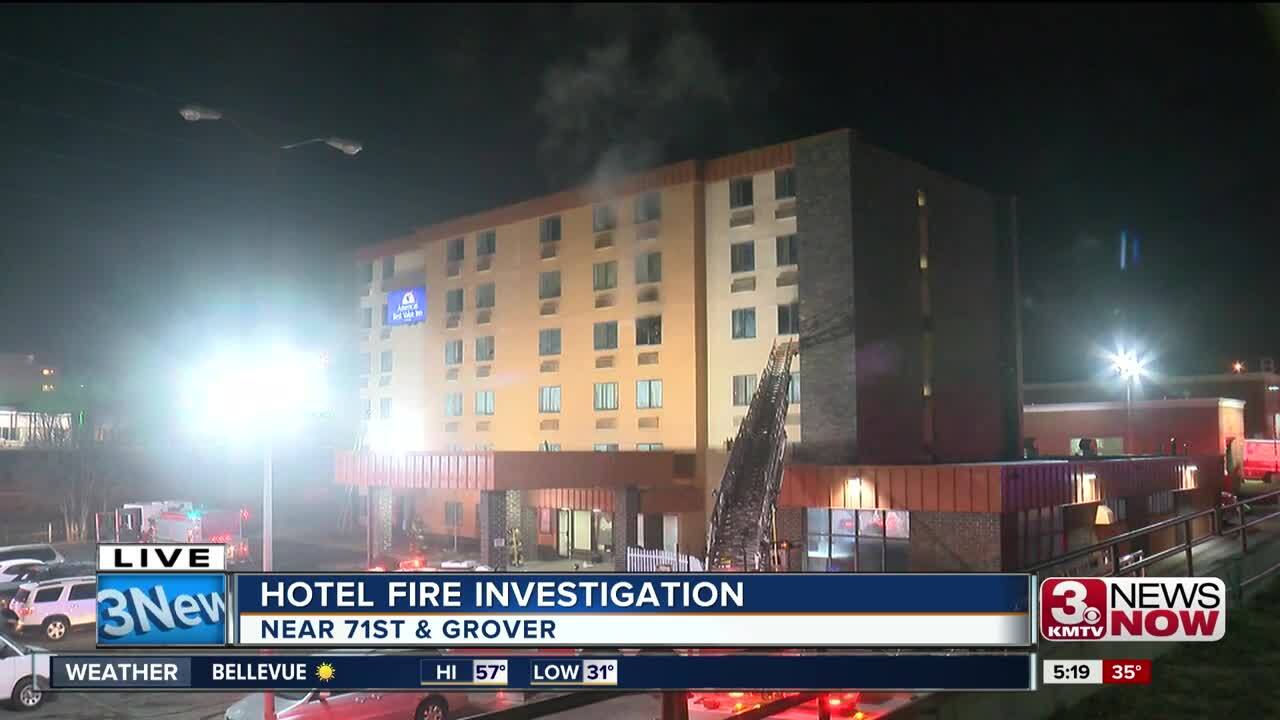 Two people were taken to CHI Bergan Mercy for treatment.

The fire started on the fourth floor of the building, and due to heavy smoke the floor had to be evacuated. The two hospital patients were in one of the rooms. Water was dripping down into the lobby from the fourth floor.

The fire has been contained and firefighters have cleared the scene. They mentioned that everybody in the hotel did what they were supposed to do in a situation like this. There were about 80 people inside of the hotel.

We will update you with more information as it becomes available.