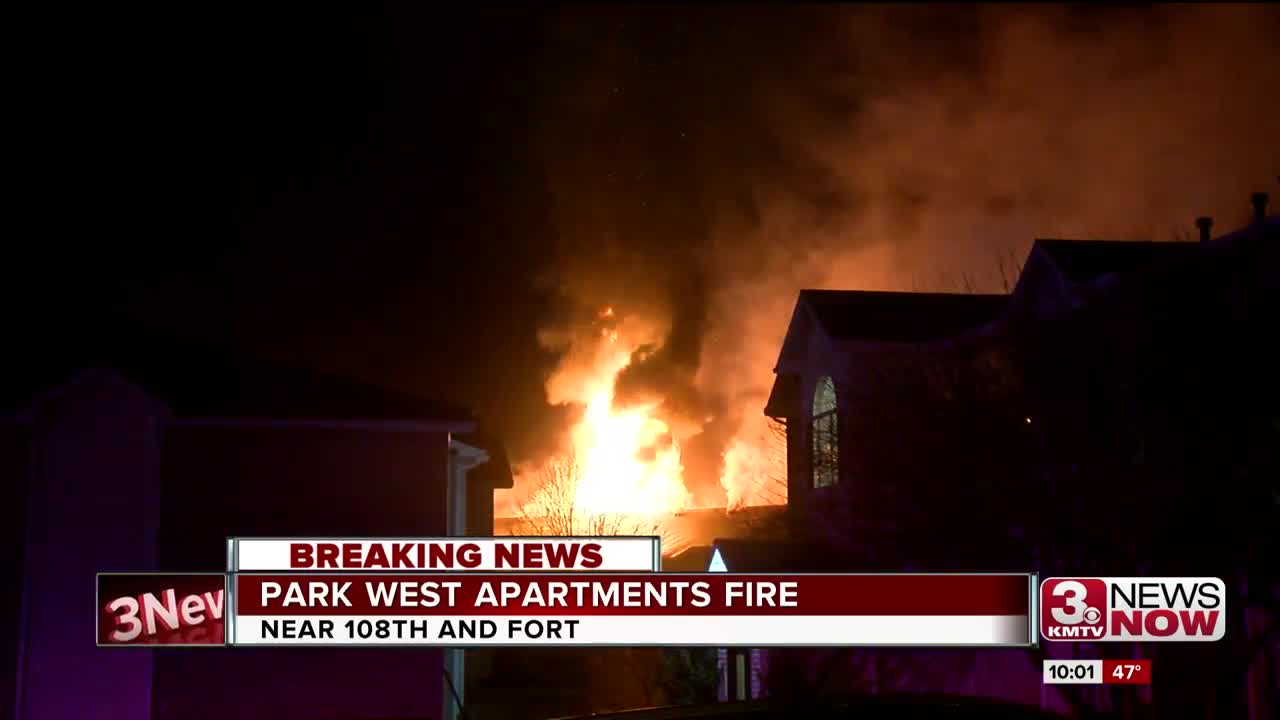 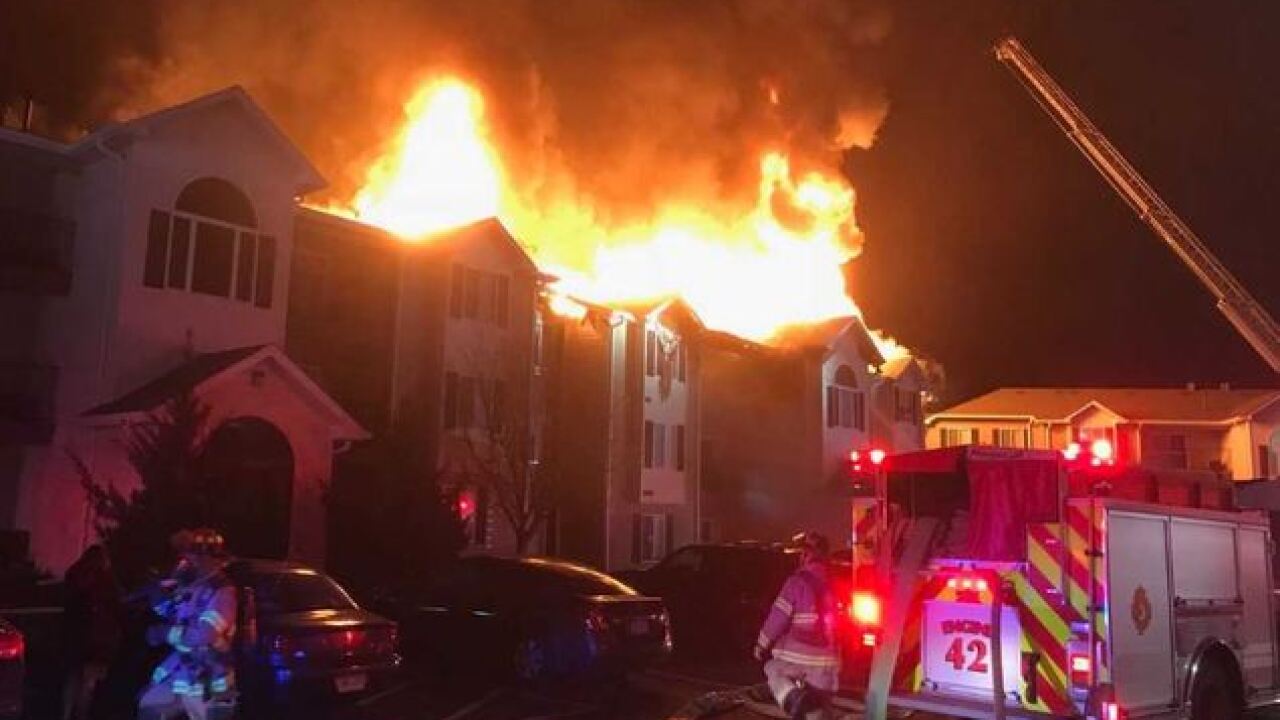 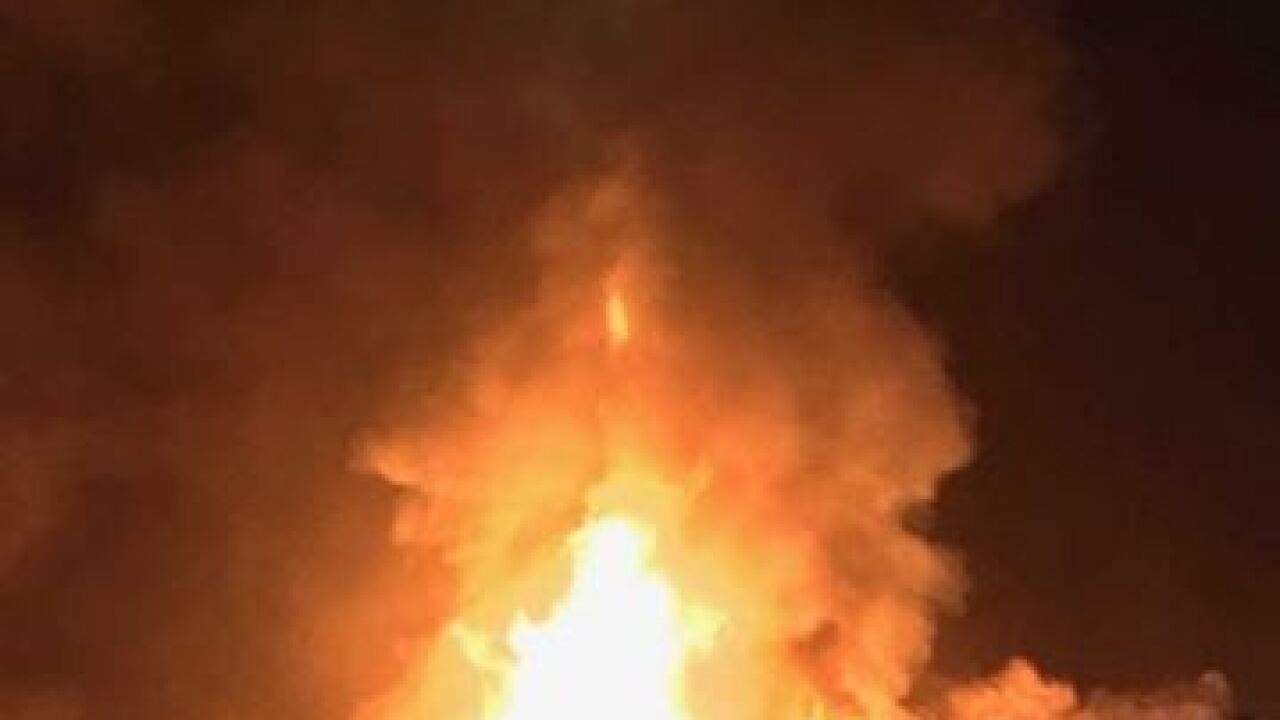 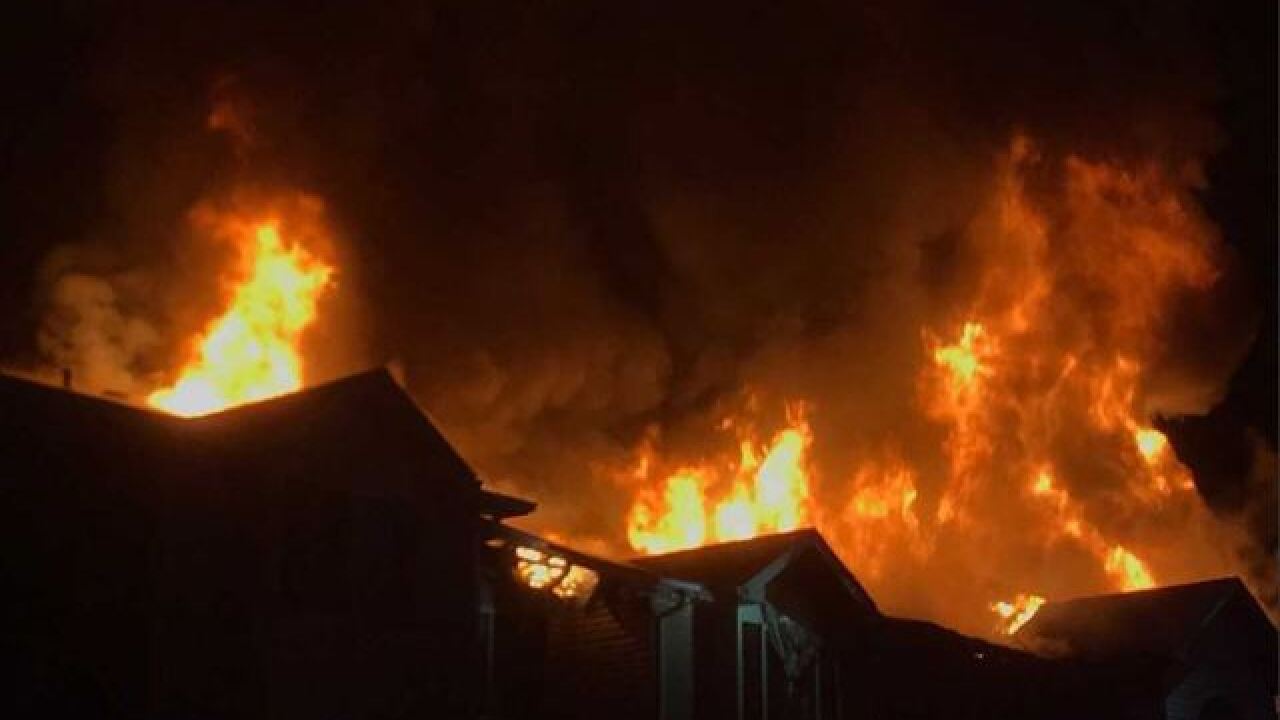 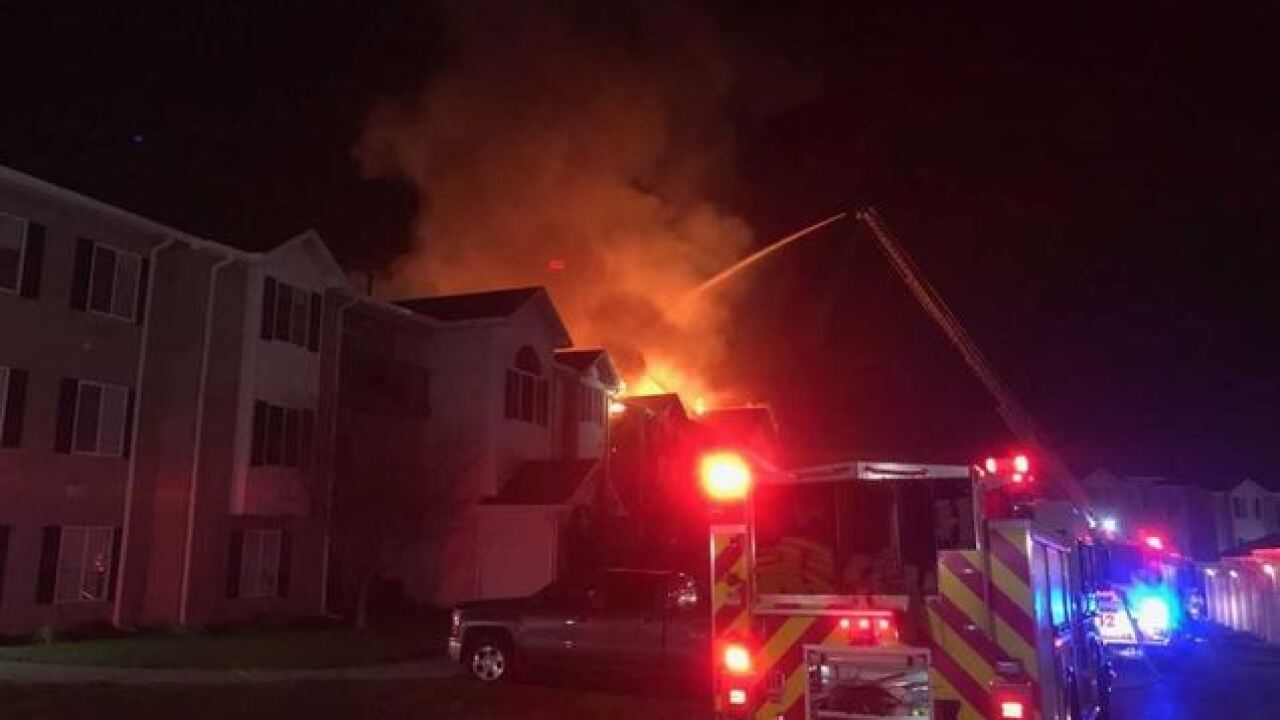 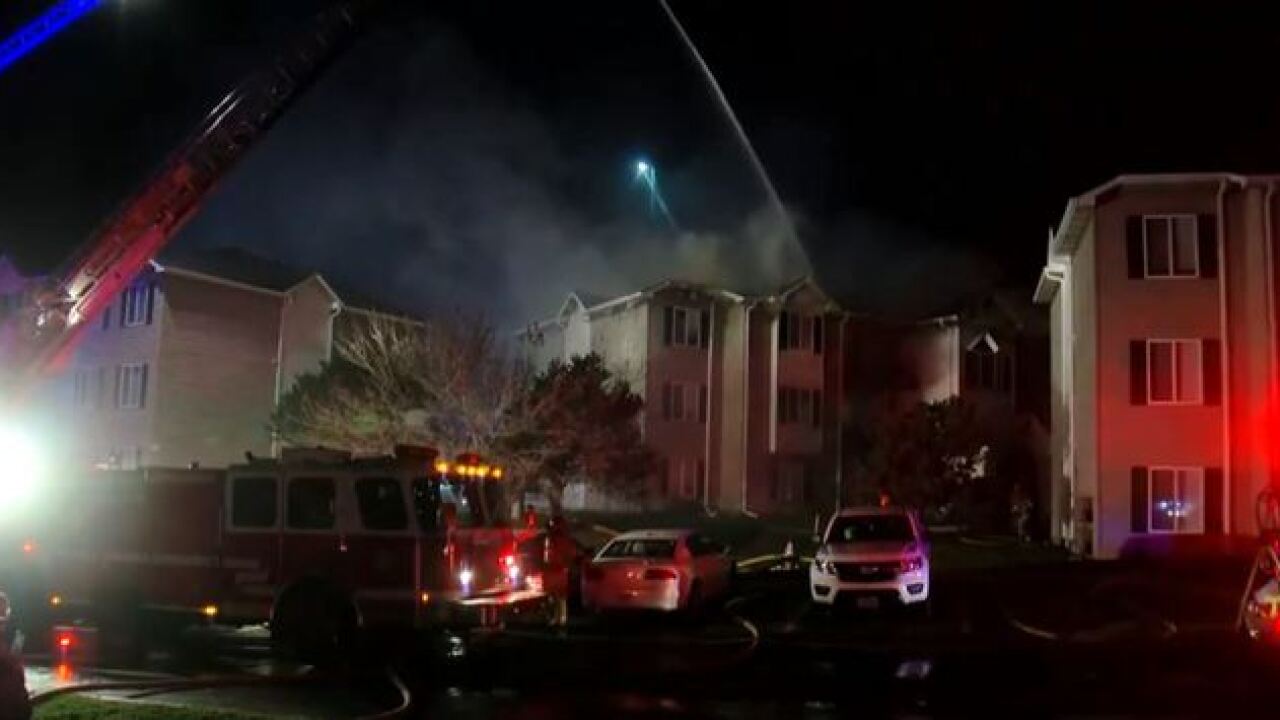 Omaha firefighters battled a two-alarm apartment fire in Northwest Omaha Wednesday night and the building was deemed a total loss after suffering more than $1 million in damage. According to a release Thursday, an investigation revealed the first was caused by improper disposal of smoking materials.

The fire broke out at the Park West Apartments near 108th and Fort around 7:30 p.m. Firefighters encountered heavy smoke and flames when they arrived. The fire got into the attic and spread to the rest of the building and the second and third floors eventually collapsed on the first.

At least two buildings were evacuated, including the 12 unit building where the fire began. It's unclear how many residents have been displaced but officials say 24 units at the complex were impacted.

"We're providing immediate assistance as far as food, clothing, any immediate needs as far as housing, helping them out where they're gonna go, help them more or less kind of pick up the pieces provide them mental health where they're applicable if they need someone to talk to we're a shoulder there for them to lean on," Red Cross volunteer Kyle Fritz said.

One person was taken to Immanuel Hospital as a precaution.

Fire crews were on the scene into the morning.