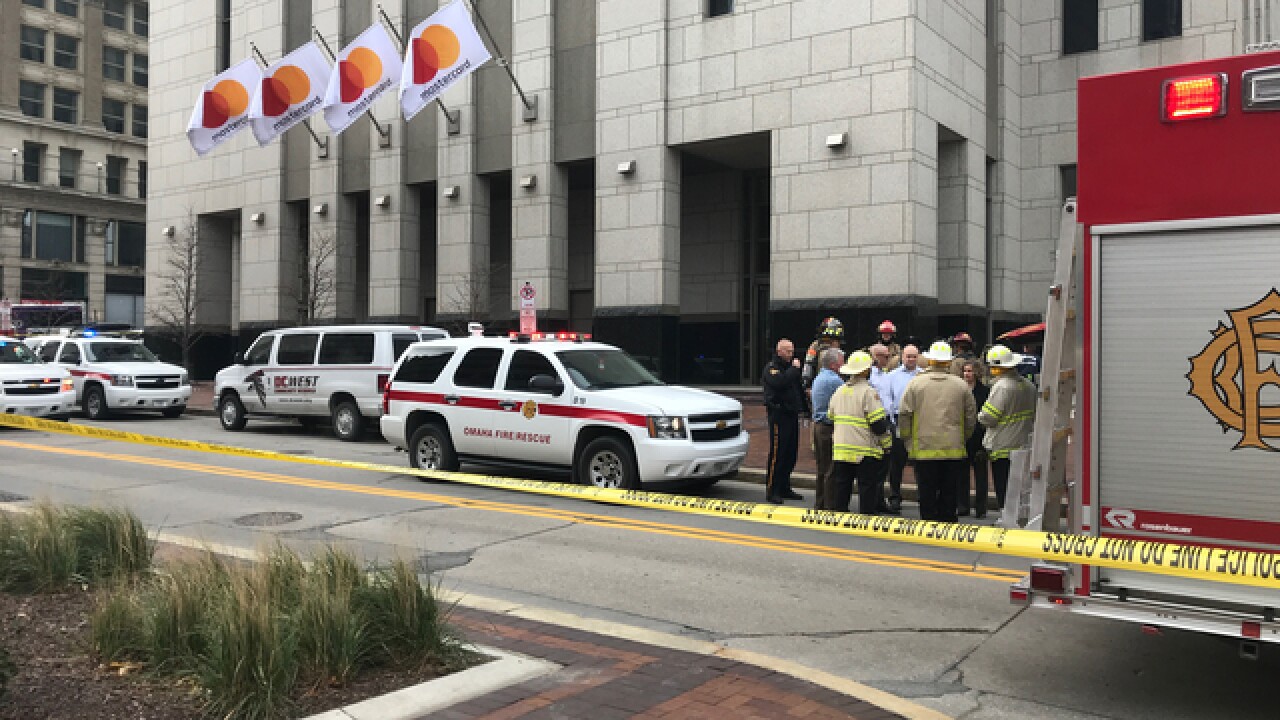 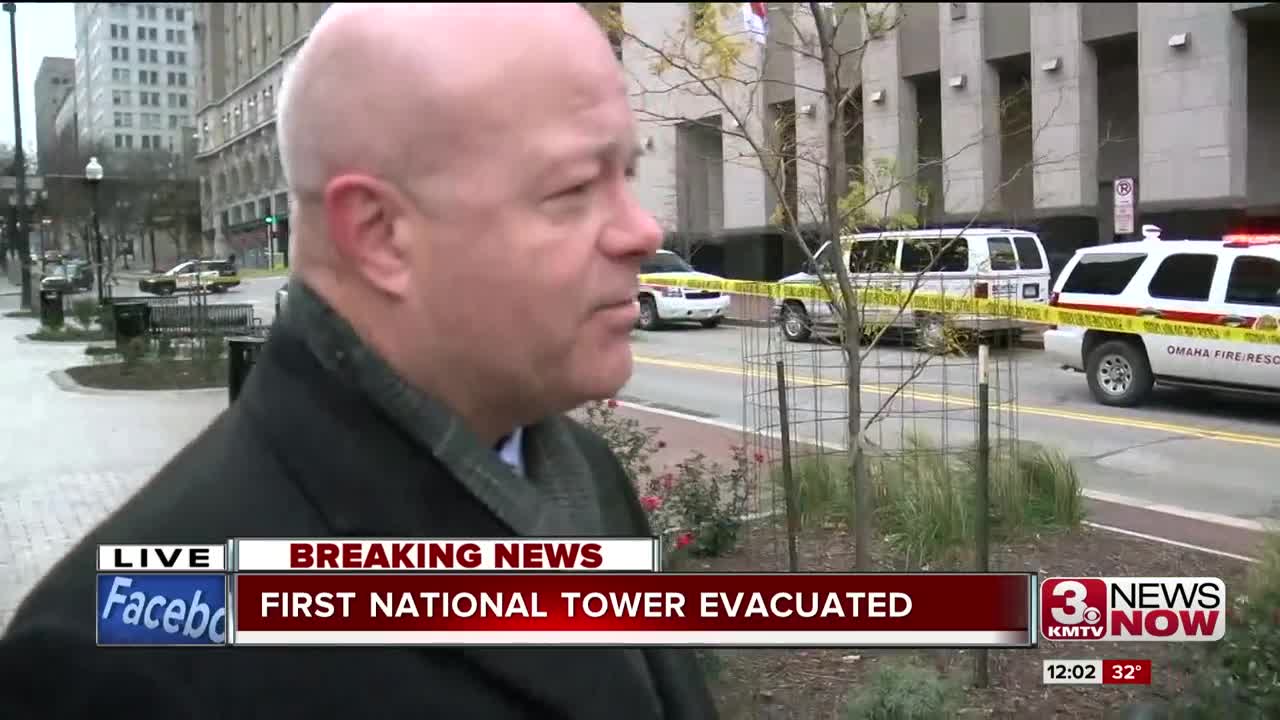 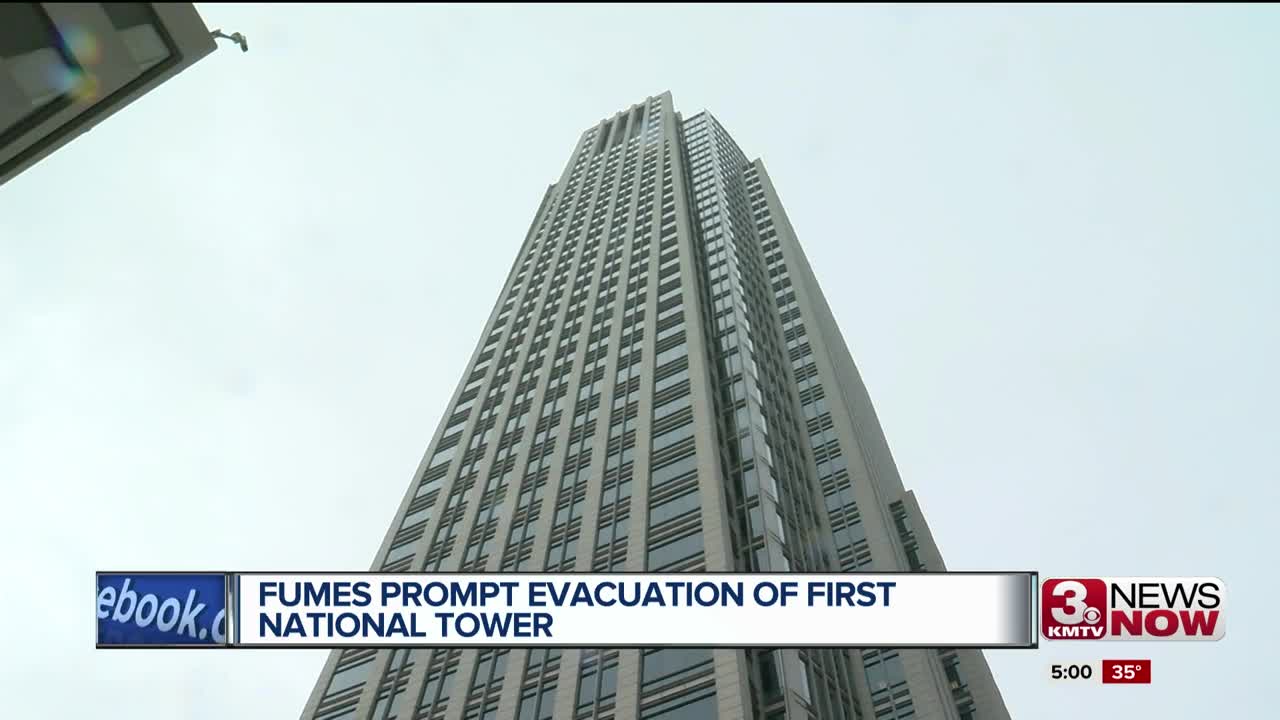 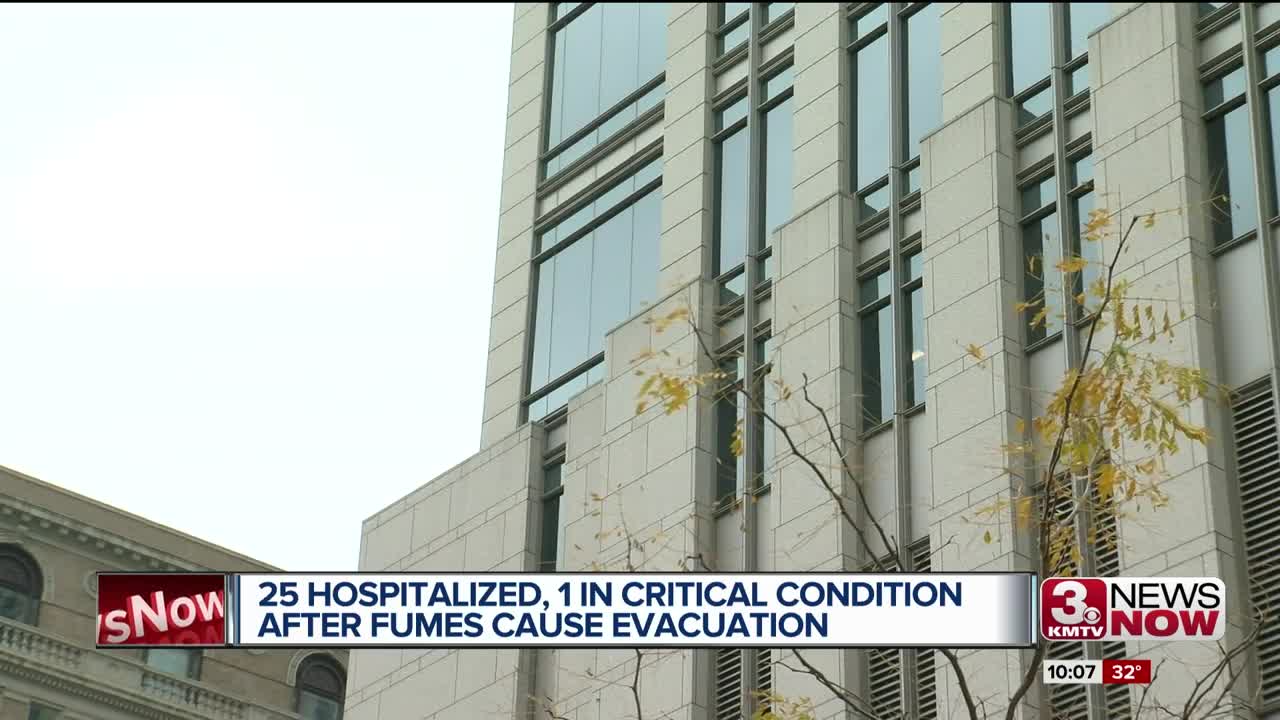 Twenty-five people were sent to area hospitals after experiencing breathing problems at the 44-story building located at 16th Street and West Dodge Road. All are expected to recover.

The Omaha Fire Chief said Thursday afternoon that the fumes were caused by either a heating and cooling issue, or construction on the eighth and ninth floors of the building.

In total, 62 people were assessed on the scene by emergency personnel. Sixteen of those patients were sent to Nebraska Medicine; one was transported in critical condition, and all are now stable. As of a 2:30 p.m. press conference, some had already been released.

According to a First National Bank spokesperson, a number of people in the building began having respiratory issues at about 9 a.m. during routine maintenance to the building's air conditioning.

The first fire units arrived on the scene just after 9 a.m. Thursday after some of the 2,000 workers in the building said they smelled an odor and others began experiencing symptoms like coughing, shortness of breath, or a burning feeling in their throats.

Bank executives said they began evacuating the lower floors first, but as the morning wore on and fumes continued to drift up the building, the decision was made around noon to evacuate the remaining floors as well.

Among those transported from were a few students from a Lewis and Clark Middle School, an Omaha Public Schools official said Thursday. The school's eighth-grade Global Entrepreneurship class was on a field trip at the bank when it was evacuated, the official said.

Employees were allowed back in the building later Thursday until 6 p.m., and business is expected to proceed as usual Friday morning.