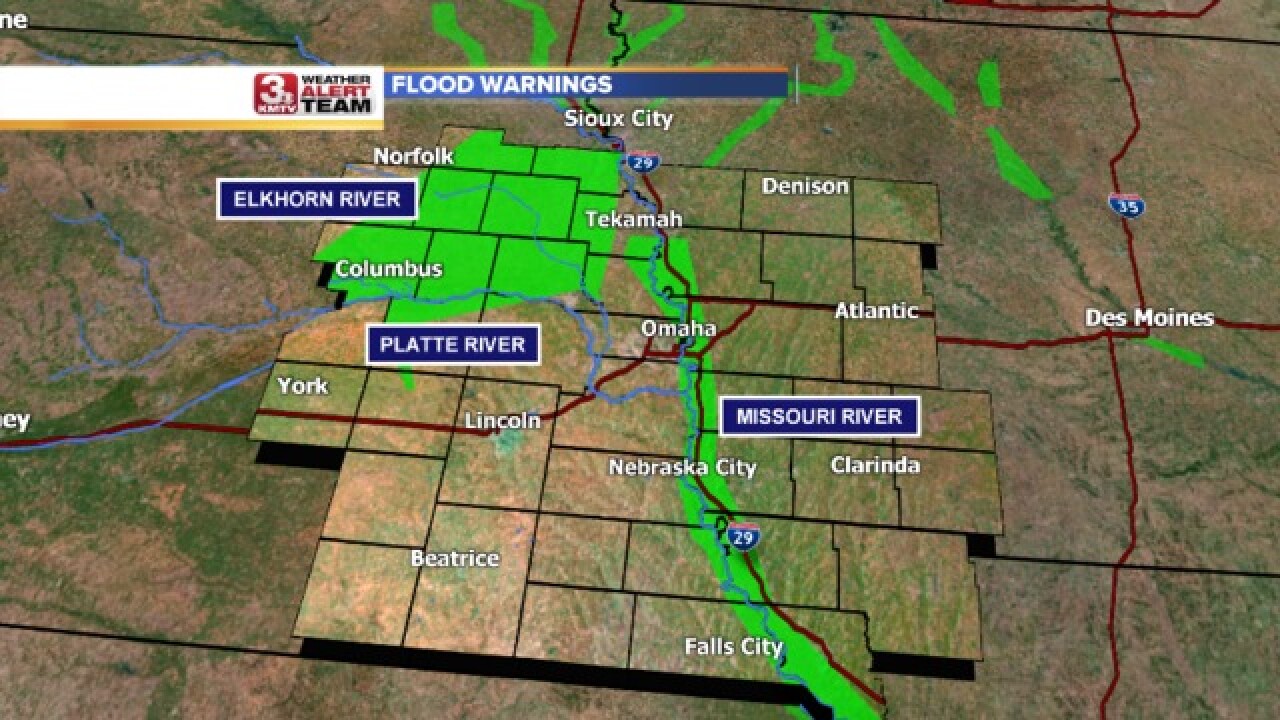 The CORPS of Engineers expects the Missouri River to crest at 33.7 feet by Sunday March 17.

Omaha has 13 miles of flood control on the Missouri river. The Levee is safe and the river is not expected to compromise the levee. The levee is being monitored as a precaution. Eppley Airfield is also monitoring its portion of the levee.

By comparison, during the 2011 flood the river crested at approximately 36', 2 1/2' higher than current projections and the levee was not breached.

CITY OF OMAHA ACTIONS AND PRECAUTIONS

The city has 10 pumps if needed to drain low-lying areas on the dry side of the levee.

The gates are being installed at Lewis and Clark Landing which will prevent access to the parking lots.

There is standing water on the property at the Missouri River Wastewater Treatment Plant. The pump at the plant is operating to drain the water. Sandbags are being placed at the south end of the plant, which is south of the levee and unprotected. There is no water inside the plant.

The Bob Kerrey Pedestrian Bridge is closed due to flooding on the Council Bluffs side of the bridge. The power supply to the bridge, located on the Bluffs side, is underwater. Power has been shut off.

The USS Hazard and other exhibits at Freedom Park have been secured.

Pershing Drive from Ponca Road to Oakridge Drive remains closed due to flooding, debris on the road, and the threat of mudslides. Additional safety precautions may be necessary.

Private property owners near the Missouri River levee that are prone to flooding, should take precautions.