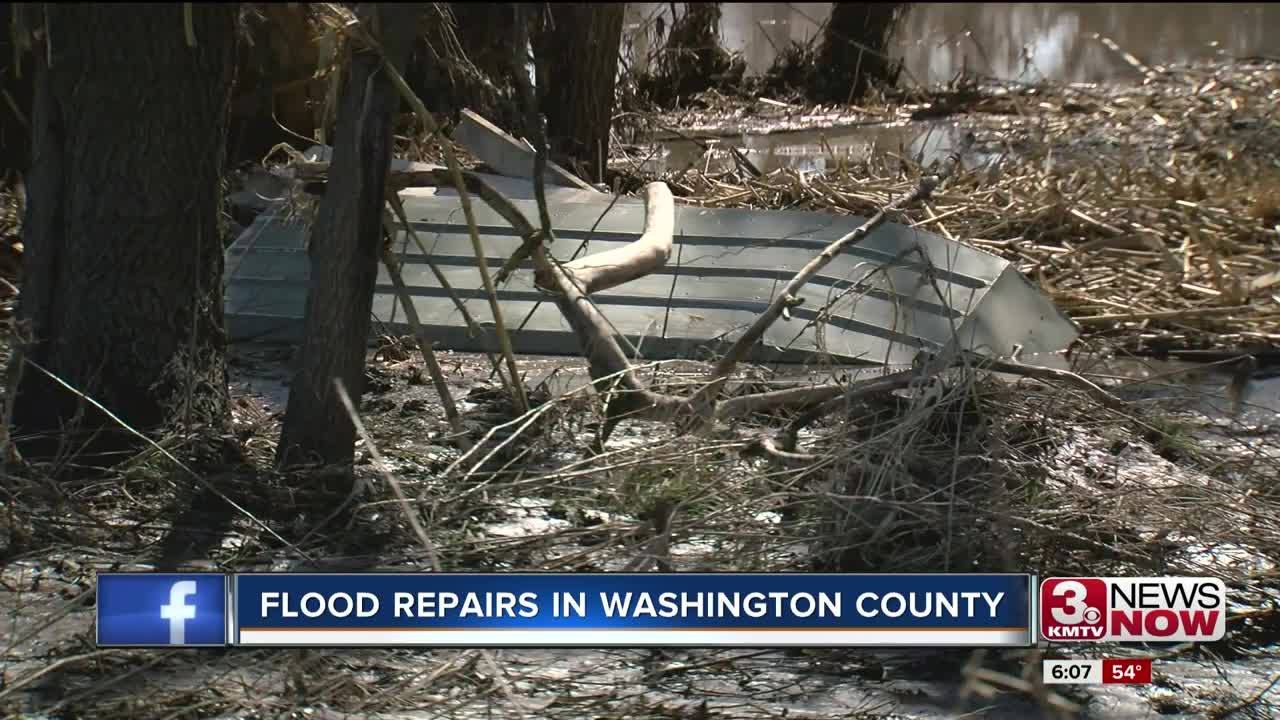 WASHINGTON COUNTY, Neb. (KMTV) — Most summer's, Schurman Campground outside Arlington, Nebraska is the place to be.

Now it's a completely different site.

"Pretty devastating, a lot of destruction," said Chad Parr, a homeowner on the campsite.

Parr's summer home had three feet of water inside. On Tuesday, he put his construction background to good use.

"Trying to get a road in to there, trying to push back in to holes, just keep bringing rock and trying to make a road," Parr said.

Across the field from the campsite is Highway 91. Five days ago flood waters surged over the road, flooding the nearby farmlands. Today, the field was empty and the highway was clear, but debris was scattered in all directions

"I never thought Nebraska would have so many lakes," said Sarah Sherer, a Fremont resident who works at St. Paul's Lutheran School in Arlington as a teacher and relies on the major roads to get to work. Knowing many impacted by the flooding, Scherer's been volunteering at an area shelter.

"It feels good to help but I feel that's our job to do as people," Scherer said.

Back at the campsite, a different type of volunteer effort was underway as the campsite residents were helping neighbors clean up the flood damage.

"It's a pretty close community out here, everybody helps everybody," Parr said.

While everyone who owns a home on Schurman Campground wants the campsite fixed, they understand it's a low priority.

"They have other things to worry about, this is just a summer home," Parr said. "We're just trying to get things going ourselves. Other people with homes is more of a priority."