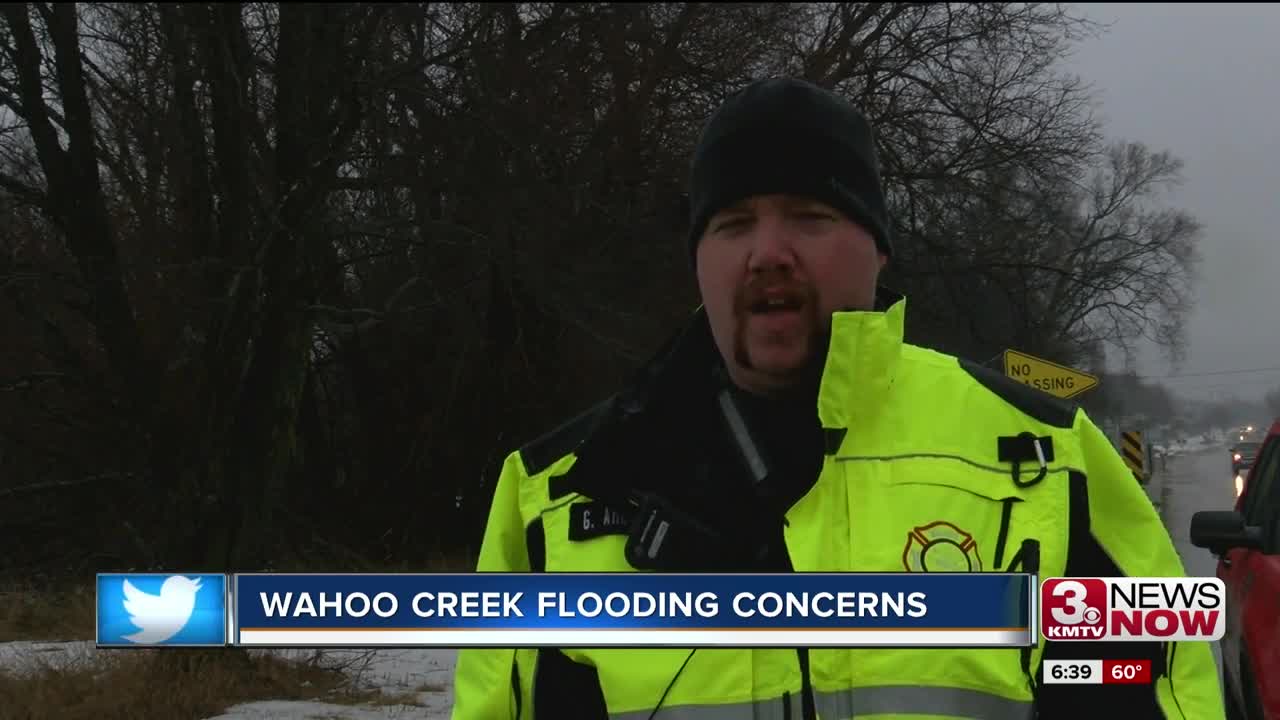 OMAHA, Neb. (KMTV) — "It's as simple as this, don't risk it," says Grant Anderson of Wahoo Fire and Rescue.

The Wahoo Creek is one of many places around the Omaha area...that's dangerously close to flowing onto roadways.

The creek goes around the west and south side of the city and usually sits at seven feet. Wednesday, it was at 21 feet...right at the bottom of the bridge.

"The Wahoo Creek levels this morning were already higher than what the forecast projected, so we're anticipating that throughout the day and into the evening that these will crest and eventually come over the roadways."

In the past, they've had to shut down highway bridges on Old Highway 77 and at Chestnut Street.

Anderson says the last time there was flooding...they went on six or seven rescues for drivers who got stranded in high waters.

“It's hard to tell the depths of the water, some people are always in a hurry and want to get where they're going but if there's water over the roadway just stop, turn around, find other means to get where you're going, because that puts us in jeopardy as well."