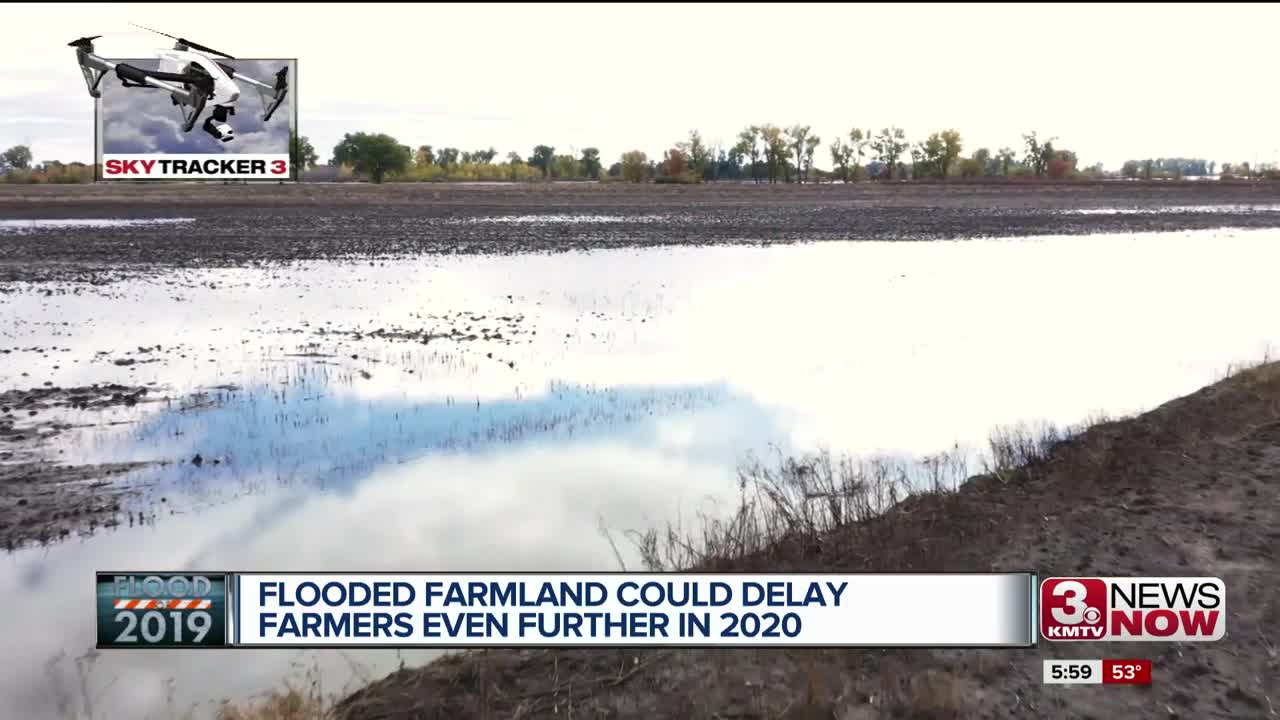 BURT COUNTY, Neb. (KMTV) — Devastation from the 2019 floods is still very visible in parts of Iowa and Nebraska. Farmland along the Missouri river is still covered in water in many places. As winter approaches there's concern all that flood water will freeze over before it can recede, which will have long term impacts on the land.

Jenny Penny is a farmer near Decatur. As is the case for many, 2019 has been a tough year for her. "We as land owners still have to make a living, and we can't make a living if over half of our ground is underwater," says Penny. Several farms in the area have flooded three times this year. Due to that crops have not been planted since the water has delayed the process. In some spots, some of that water still remains. "It will eventually freeze, we're going to have small lakes that are in the corn fields freezing over," says Audra Moore, Meteorologist at KMTV.

If that water freezes, it could put farmers behind even further. "That's going to send us to into 2020 without having any fertilizer management, (or) anytime to get all the debris off the ground," says Penny.

Then if that water melts in the spring, it would put them back at square one. "Once it thaws it's still going to be sitting in those fields still sitting in those ditches on the side of the road and it may not go anywhere until we get some drier weather to finally come in," says Moore.

It's a waiting game now for Penny and other farmers in the area, as she says it's going to take at least a couple years to farm on this land again. Due to that, she continues to wonder about the future. "If this is going to go back to a natural state of the river then we have to figure something out as farmers, and as ranchers, and basically as growers in this area," says Penny.

There is hope the ground continues to absorb as much of that water as possible, so that by the time more consistent freezing temperatures occur it won't be as much of a problem.