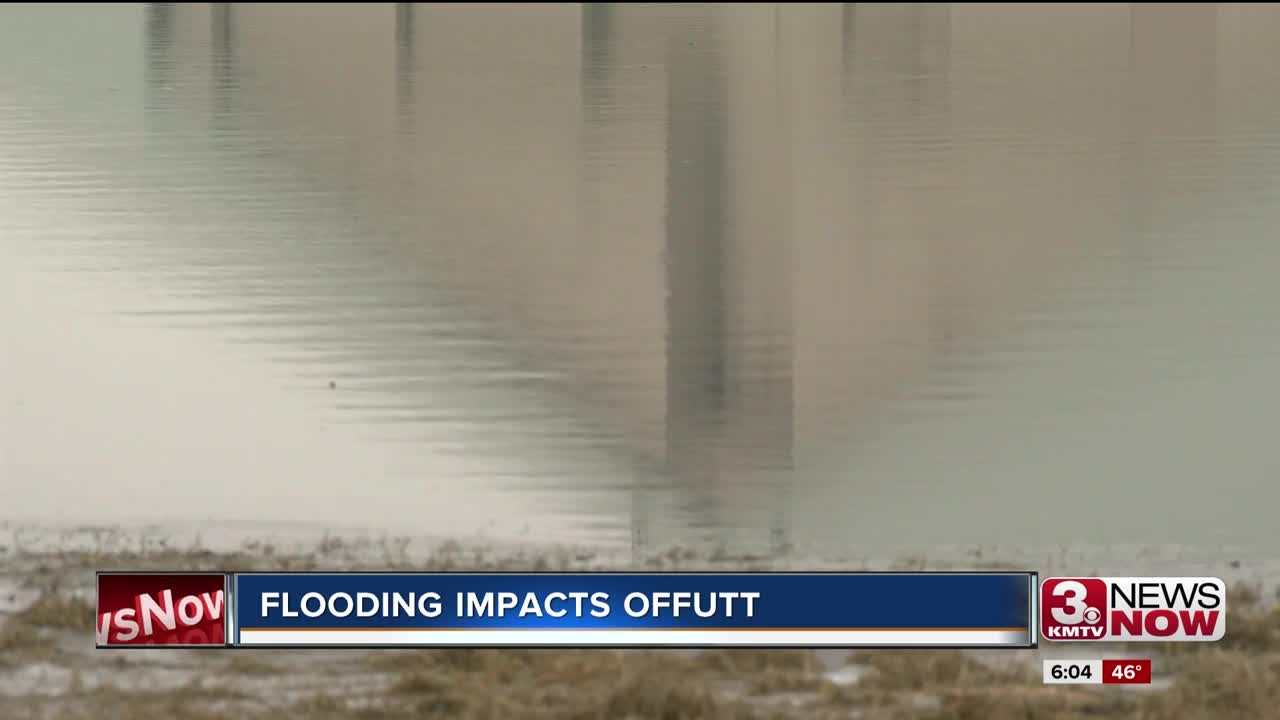 OMAHA, Neb. (KMTV) — During the floods of 2011, water just touched the perimeter fence of the southeast corner of the base. This time around, three thousand feet of the flight line flooded, impacting maintenance operations.

"We still have a lot of water that is on the base and on the runway," said Chief Master Sergeant Brian C. Thomas. "We're kind of at the mercy of mother nature."

He says around midday Friday, he saw the first signs that this flood would be worse for the base than the flood of 2011.

"Best guess estimate is about a third of our base right now is underwater," he said.

In a 24 hour period, over 400 tons of sand filled over 200 thousand sandbags. Five aircrafts, operational vehicles and weapons systems were moved to higher ground.

"But ultimately, our guiding light if you will was to protect life and limb," said Chief Master Sgt. Thomas.

All aircrafts that could be flown were taken off base around the U.S. so Offutt could perform our nation's mission.

Chief Master Sgt. Thomas expects to be able to clean and inspect impacted areas and buildings in three to four days.