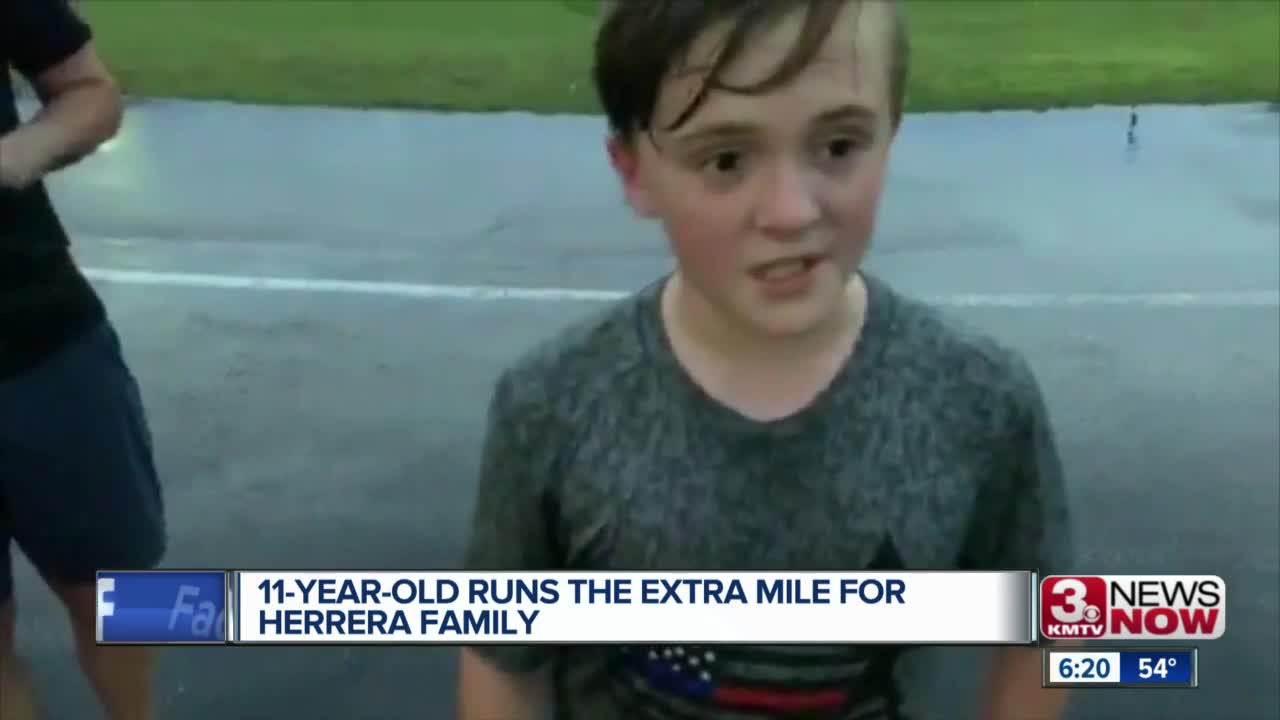 ORLANDO, FL — An 11-year-old boy in Florida runs to honor fallen first responders as part of a group he started called Running 4 Heroes.
Zechariah is from Orlando, Florida. He started the non-profit group to raise funds for families and to honor those who gave their lives in the line of duty.
He has run more than 620 miles since he started the group last January, and this week he ran to honor Lincoln Police Department Investigator Mario Herrera, who was shot while helping to serve a warrant and died of his wounds earlier this week.