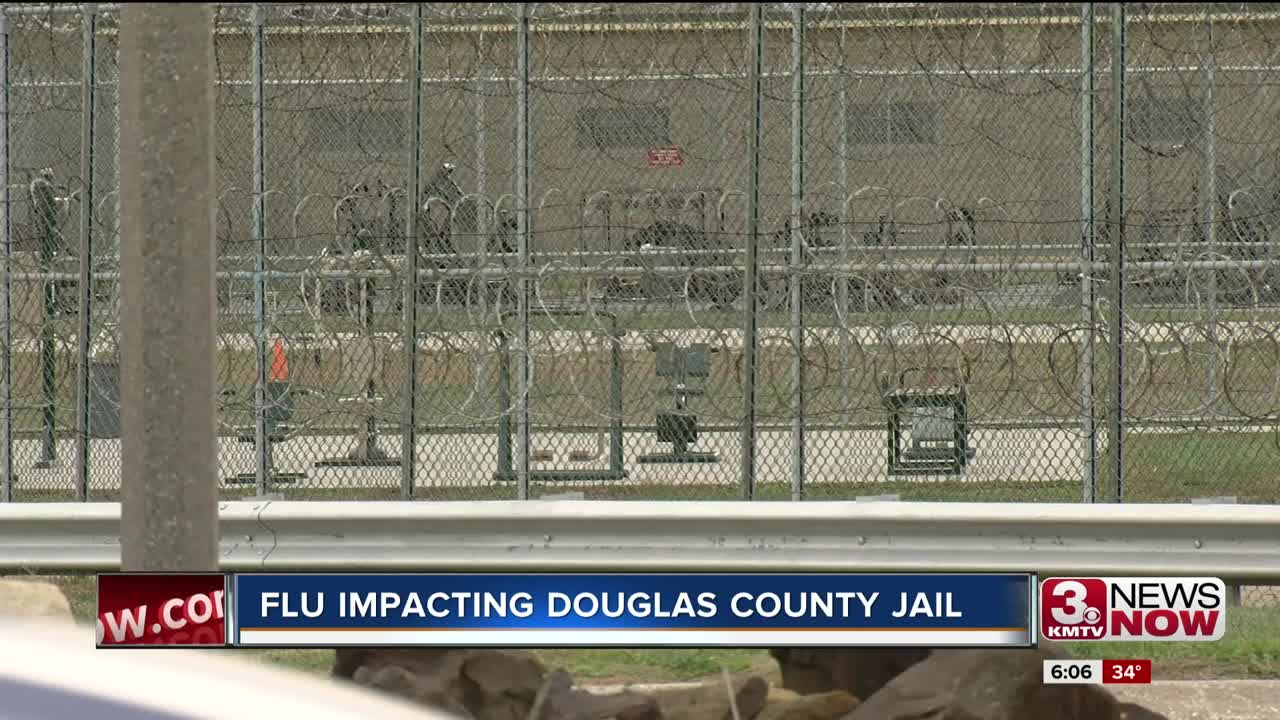 OMAHA, Neb. — Influenza has impacted Nebraska in record numbers this year, and now the Douglas County Jail is seeing the impacts for the first time in over a decade.

Medical professionals say they haven't seen this type of influenza impact in Nebraska in years.

"It really took off about three or four weeks ago and it's just been straight up. We've already surpassed the number of cases so far this year than we've seen in any of the past five years," Nebraska Medicine Chief of Infectious Disease Dr. Mark Rupp said.

The Douglas County Jail specifically has been dealing with a flu outbreak for nearly three weeks.

"We have had 33 cases since the outbreak began," Douglas County Jail Director Michael Myers said.

Myers attributes the outbreak to the record-breaking flu numbers across all of Douglas County.

"We're basically a reflection of what's going on in the community. We book about 50 new people in about every day and release about that many as well. So there's a lot of traffic in and out," Myers said.

Last week the Nebraska State Penitentiary had to cancel Christmas Eve visitation due to their own flu outbreak. But the Douglas County Jail will not have to cancel any visitations.

"We have not had to cancel any visitations because our visitations with the general public are not face to face, they're through video visitation," Myers said.

Officials from the Nebraska Department of Correctional Facilities have told us that the number of cases in their facilities, including the state penitentiary, continues to grow. They have taken steps to quarantine their facilities.

The Douglas County Jail has stepped up their sanitation and disinfecting routines as well. Along with staff, affected inmates have to wear masks and gloves to minimize spreading.

The jail director expects more cases throughout the jail this flu season but attributes successful containment of the illness to hard working staff.

Only one hospitalization has been reported in the jail due to flu complications, all others have been treated at the jail.