Flu warning signs to look out for in young children 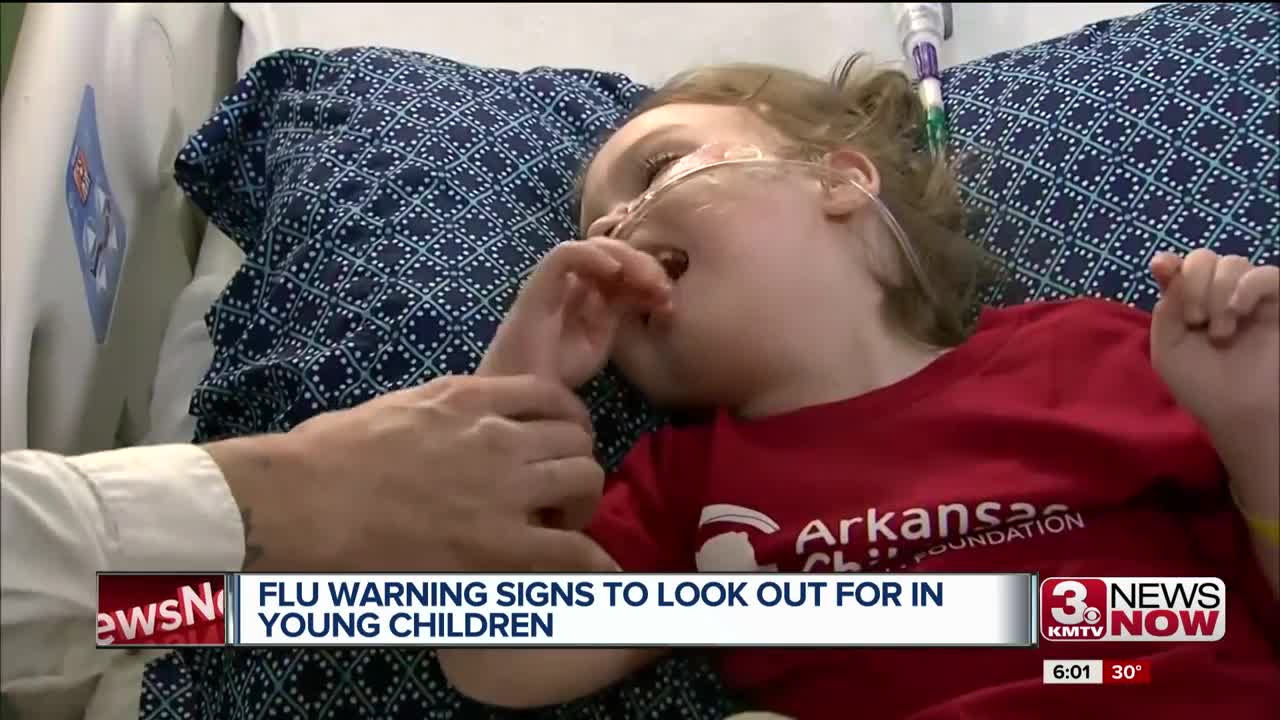 OMAHA, Neb. — According to the Centers for Disease Control, there have been 32 flu-related pediatric deaths in the 2019-2020 season, including two in Douglas County. The total number of people who have now died from the flu in the county is eight. Doctors are sharing simple warning signs and prevention tips so you can keep the most susceptible people in your family safe.

The sheer numbers and type of flu strain this year are out of the ordinary.

"What we're seeing now is a huge number of Influenza B. Typically this time of year we're only seeing Influenza A," Children's Physicians general pediatrician Dr. Shannon Godsil said.

In Lincoln, just three days before Christmas, 9-year-old Leighya Delong was visiting family when she passed away due to flu complications. In Iowa, 4-year-old Jade Delecia contracted the flu around Christmas time as well. She experienced severe complications. Her mother, Amanda Philips, feared the worst.

"I didn't think I was going to see her again. At that point, I really didn't," Philips said.

Although Jade miraculously recovered, the flu caused inflammation in her brain. Now Jade is blind and may never see again. Children most at risk for flu complications are under the age of two, but specific older children are at risk as well.

Parents need to be aware of differences between something like the common cold and the flu. Doctors say the flu hits like a ton of bricks. Symptoms like high fever, extreme fatigue, joint pain and respiratory symptoms will come on in a short amount of time. With Influenza B, which is unusually one of the most common strains right now, you're going to see more severe symptoms.

"So not only are you seeing those respiratory symptoms but you're also seeing vomiting, abdominal pain and diarrhea," Dr. Godsil said.

Even if your child only has a small fever, parents should listen to their instincts and seek medical attention if they feel like something is off.

"Because as a parent you know your child better than anyone and you should be contacting your doctor, even if fever is 101 and they're not themselves," Dr. Godsil said.

The flu shot is the number one preventative method to fight the flu for anyone over the age of six months. The vaccine not only prevents the disease, it also helps prevent complications if you are diagnosed.