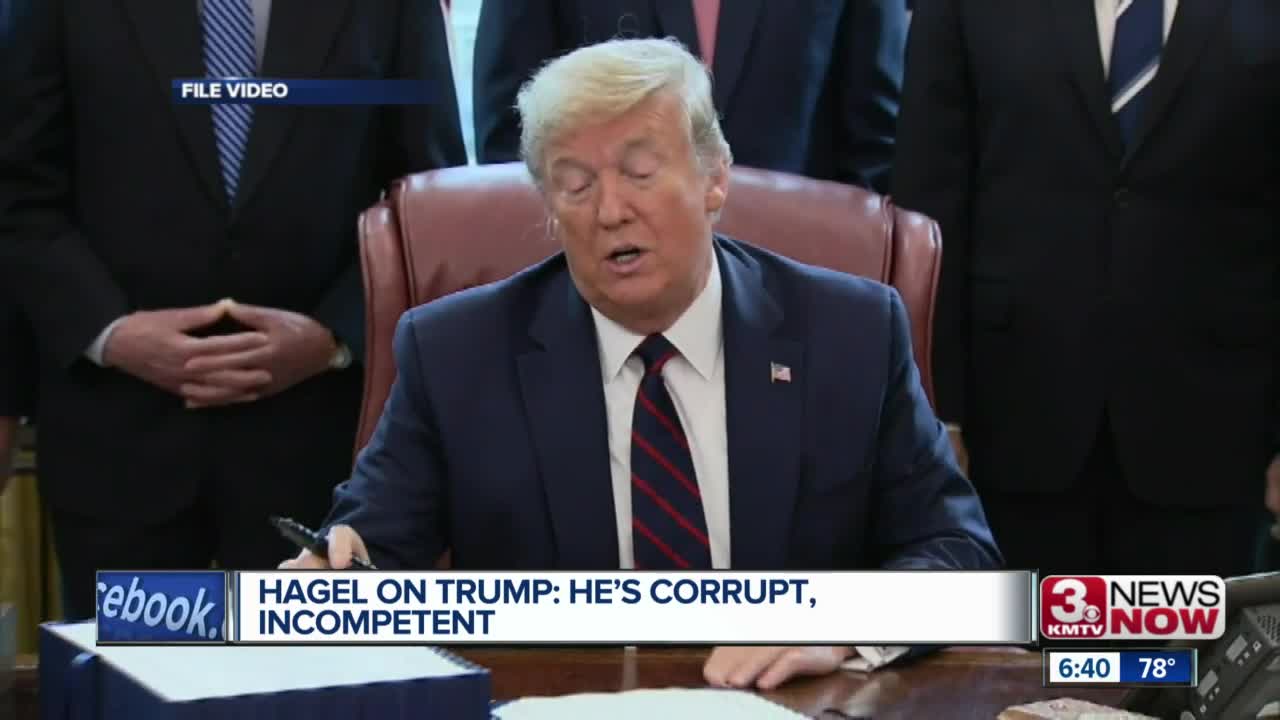 What the former Nebraska lawmaker had to say about the Commander in Chief.

Chuck Hagel served two terms as a U.S. Senator from Nebraska and was the 24th U.S. Secretary of Defense.

Hagel, a prominent Nebraska Republican, spoke to the Suburban Rotary Club of Omaha, saying he feels President Donald Trump is incompetent and he has failed this country. He said that America is off-balance and institutional trust has been eroded.

Hagel doesn’t see that improving until changes are made.

He cited President Trump’s handling of race relations, the pandemic, the Iranian Nuclear Deal, and how he trusts the word of Russian President Vladimir Putin over his own independent intelligence agencies.

Hagel has endorsed Joe Biden for U.S. President. Though they are in different political parties, and their voting records were far apart, Hagel says Biden works to bridge gaps and he listens.

Hagel says the only way to fix polarizing politics and the huge divide in America is for a President to bring people together like so many before have done.