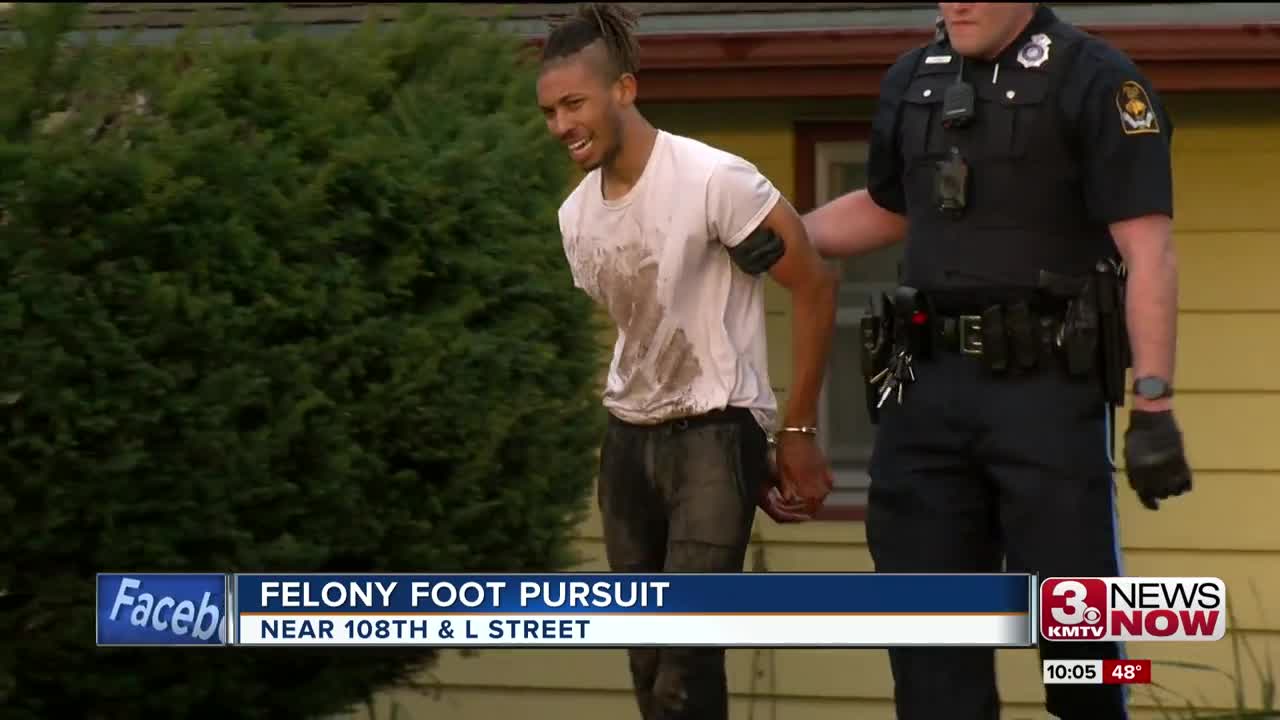 An omaha man fled on foot after a traffic stop and was arrested. He was wanted for failing to appear in court back in March.

OMAHA, Neb. (KMTV) — A man has been arrested following a foot pursuit near 108th and L streets.

20-year-old Don Kaveon Stapleton took off from police in a car during a routine traffic stop and then jumped out of his vehicle to get away.

A perimeter was set up to find him.

OPD brought out K-9s to search. Stapleton was wanted for failing to appear in court back in March.