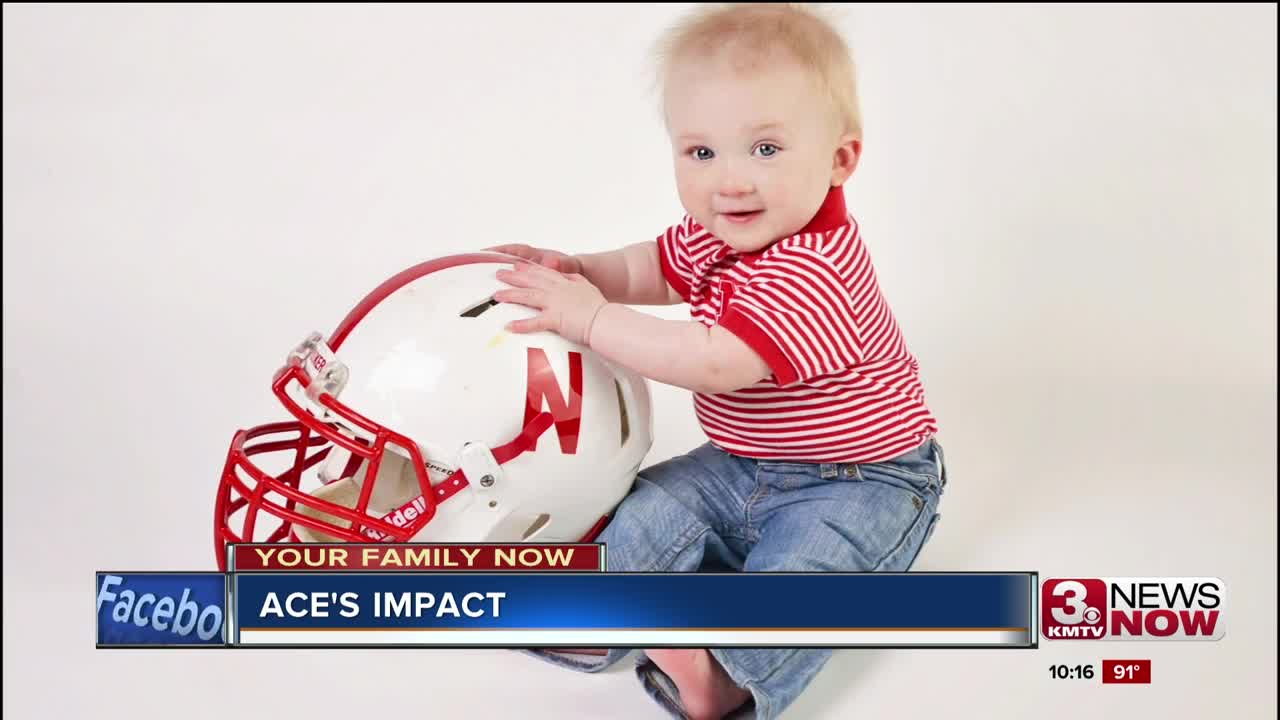 PAPILLION, Neb. (KMTV) — Ace Moudy was a healthy little boy. He had no known medical conditions when he died in April at the age of 19 months.

His parents say they had a wonderful family outing the night before. They went to a University of Nebraska-Lincoln softball game. Ace's mom, Megan "Southworth" Moudy, used to play for the team. "I remember calling my mom that night and being like this was the most perfect night," she said.

Despite an autopsy and numerous tests, a cause of death has not been determined. It's been categorized as Sudden Unexplained Death in Childhood. Through their grief, the Moudys have been working to create a legacy for their son and help others.

The softball department at UNL is working to have a playground built in Ace's name, Ace's Place. Mike played football at Nebraska. Former Husker Eric Crouch's company will help with the playground.

"The last place we spent with him the night before he passed away was the Nebraska softball field. He was playing in the grassy area where this playground will go so it's really symbolic all this came together," Megan said.

They are currently raising money for that project through this GoFundMe page.

They are also working to support the SUDC Foundation. The Foundation helps fund further genetic testing for families which the Moudys plan to have done too. It also works to gather information about these deaths to see if there are any similarities.

This week, former college softball players held a softball camp at Millard West to raise money for the SUDC Foundation in Ace's name.

The Moudys say the foundation connected them with families experiencing similar loss. It's something they plan to continue going forward.

"Hopefully helping others that are walking the same walk to help navigate because that's what we want to be, we want people to look at us and say, well they got through this I can get through it too, and that's ultimately what's driving us forward." Mike said.