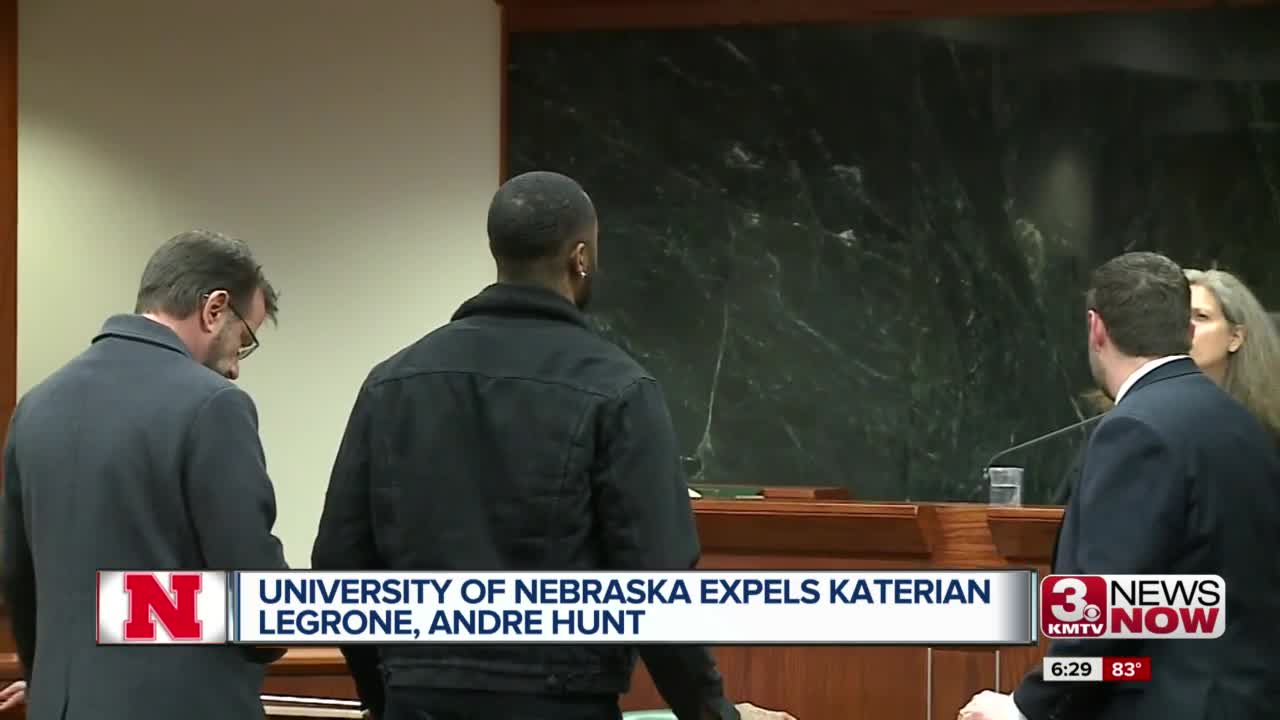 OMAHA, Neb. (KMTV) — Former Nebraska football players Katerian LeGrone and Andre Hunt have been expelled from the University of Nebraska, according to a university spokesperson.

As first reported Monday by ESPN, 3 News Now learned the former student-athletes were expelled for violating the school’s sexual misconduct policy. As part of the expulsion they're not allowed on campus and do not have the possibility of readmission. The expulsion will stay on the student's permanent academic records.

“That’s their livelihood,” said Mallory Hughes, one of Katerian LeGrone’s lawyers. “Imagine getting fired from your job, told you can’t be around that vicinity at all, go start somewhere fresh.”

According to Hughes, while in criminal court the burden of proof is beyond a reasonable doubt, in a Title IX case the standard of proof is more likely than not. John Berry, another attorney for LeGrone, said it is important for the public to remember this difference and that there is no due process in a Title IX hearing.

“There’s a big difference between getting kicked out of a university and being charged with a felony sex crime,” Berry said. “The crucible of cross examination is what gets to the truth and the accused in the Title IX hearing is not allowed that and they’re not allowed to ask the accuser the tough questions.”

“Under the very low burden that is Title IX there was a specific finding that they didn’t do anything wrong,” Hughes said.

Both LeGrone and Hunt are charged with first-degree sexual assault. Hughes said her client is with family and is still training looking for other opportunities. 3 New Now reached out numerous times to Carlos A. Monzon, Andre Hunt’s attorney, but did not hear back from him before publication.

Hunt’s continuance on his preliminary hearing is scheduled for May. LeGrone will be back in court on June 9th for a plea in abatement, which is essentially an appeal of the county court’s probable cause findings from the preliminary hearing. His attorneys told 3 News Now they’re ready to proceed with the trial if needed.