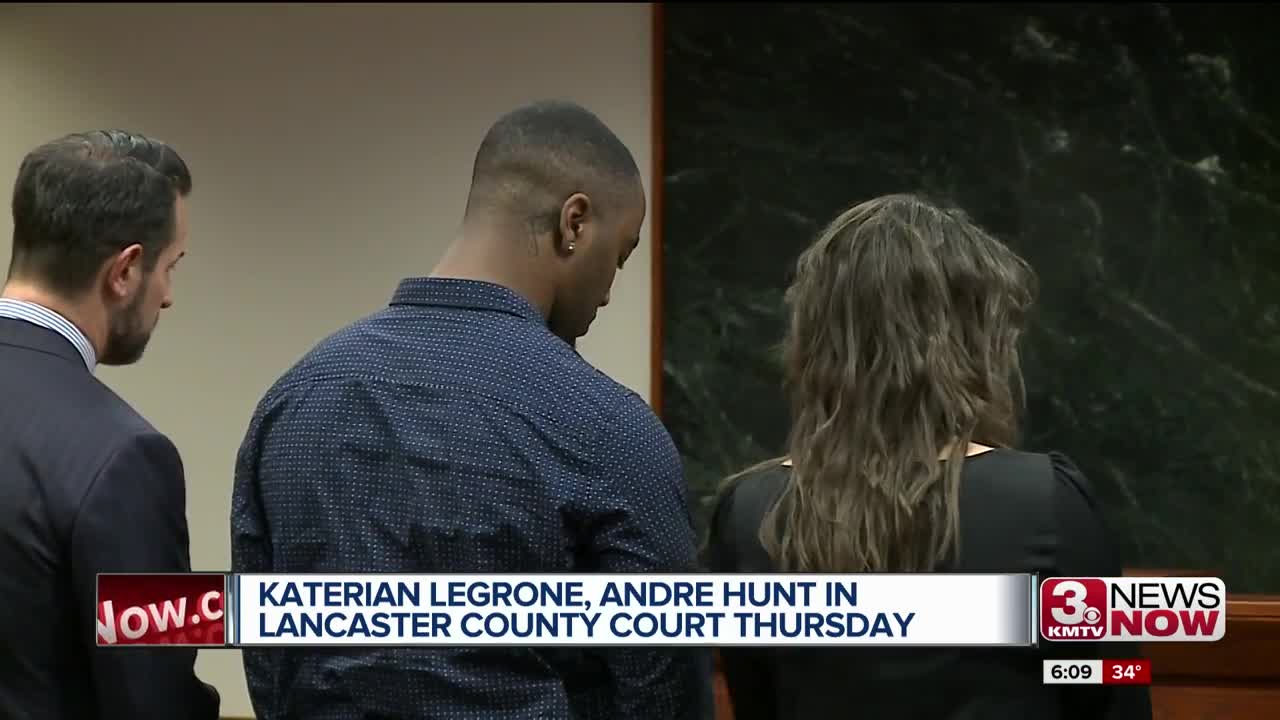 The two are charged with first-degree sexual assault, a preliminary hearing is set for February 26th

The two men are charged with first-degree sexual assault. A preliminary hearing is set for February 26th for LeGrone and Hunt.

"My client hasn't committed any sexual assaults, my client is innocent," said Carlos A. Monzon, Andre Hunt's attorney. "We have somebody that decided to swipe right on Tinder. She set up a date with my client to have sex with him. The conversation was all sexual and after she has the goods she says she doesn't want them. That's what this case it about, it's about a women who changed their mind."

In a probable cause affidavit made public it's revealed a woman says her face was covered and she was held down as the two men had sex with her.

Monzon told reporters the University of Nebraska Title IX department changed the date of a meeting he and his client had schedule for January 6th and the university hasn't rescheduled.

"It is very strange the way the University of Nebraska has handled this process from the beginning and why they wait until the end of the semester to act the way they did," Monzon said.

Former #Huskers player Katerian Legeone did not show up for his eviction hearing Thursday morning. The judge ordered him to be evicted from his apartment for violating terms of the lease.

Andre Hunt has already left so eviction notice against him was dismissed.

The Lincoln Police is also currently investigating Hunt and LeGrone for other reports of sexual assault from other victims.