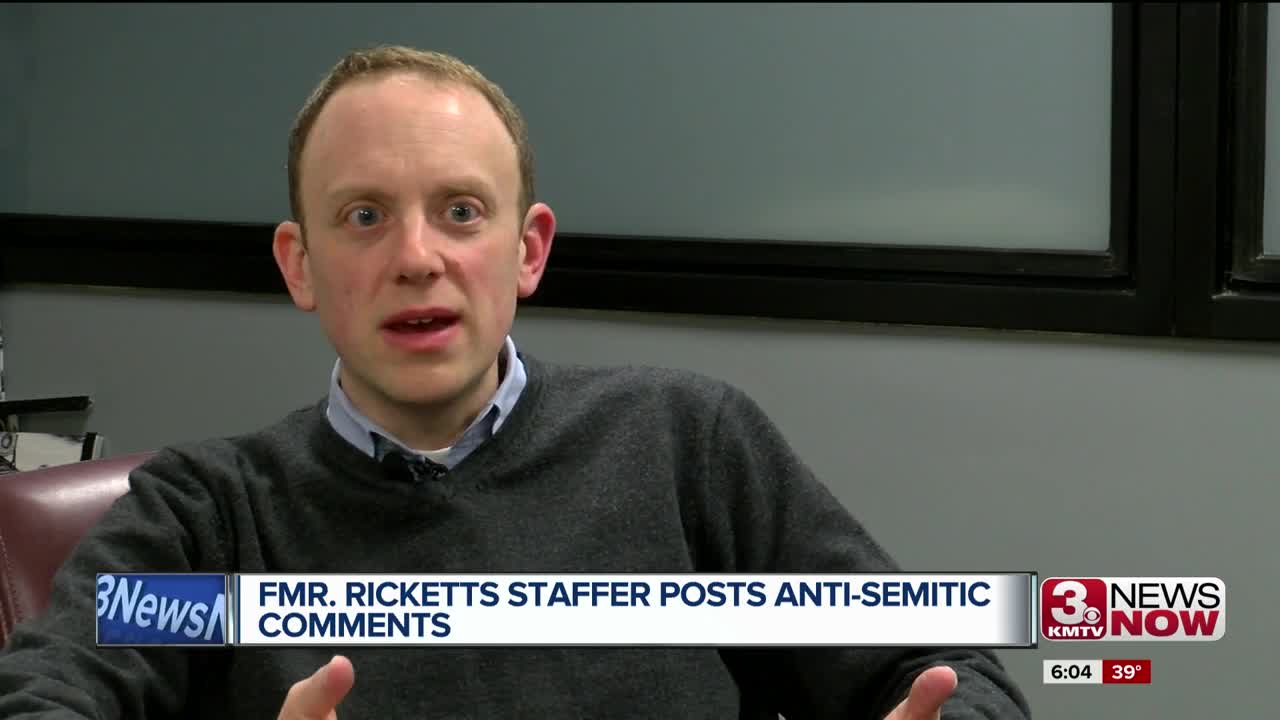 OMAHA, Neb. (KMTV) — Today it was revealed that a former staffer of Governor Pete Ricketts was allegedly involved in hate speech in an on-line chat group.

Ari Kohen, an Associate Professor of Political Science at UNL who taught Bressman had this to say about the controversy:

"To be able to be radicalized like that, to be able to so easily speak this way about so many other kinds of people, people that he was walking around and getting to know but still harboring these views it's very dangerous."

Bressman was employed as a field staffer for Ricketts' campaign for seven months until December 2018.

Some of his posts referenced working for the Governor and infiltrating politics.

In a statement, the Governor says he was horrified and condemns the statements.

The UNL Police Department is evaluating the situation for potential threats.