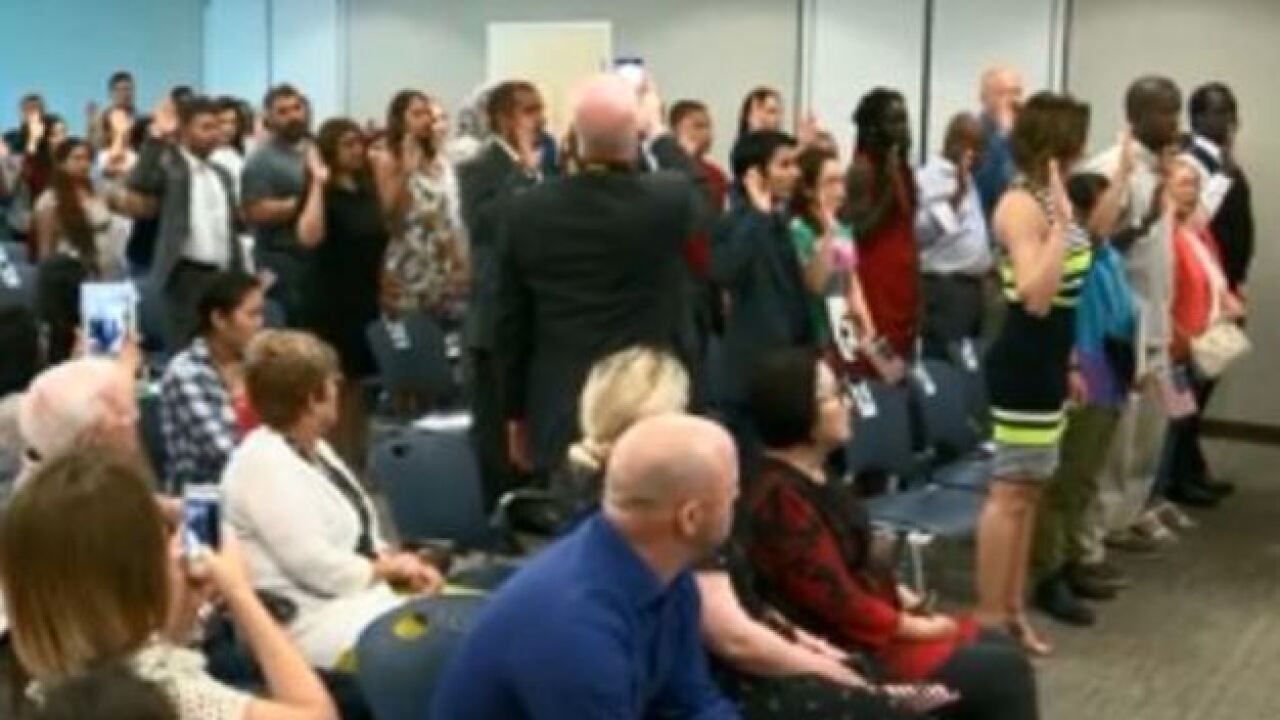 A day before we celebrate our nation's independence, a group of people has something significant to be proud of their new citizenship.

The candidates in omaha were from 23 different countries.  They have to be 18-years-old and have been a lawful permanent resident of the U.S. for at least 30 months.

"I've felt like an American for 35 years but now I wanted to be American.  I felt it's my duty I wanted to be patriotic, I wanted to vote, to serve in jury duty when it's called for, and the timing was right," said Tomaz Duszynski, who is a naturalized citizen from Poland.

About 700,000 people become naturalized citizens in the U.S. every year.