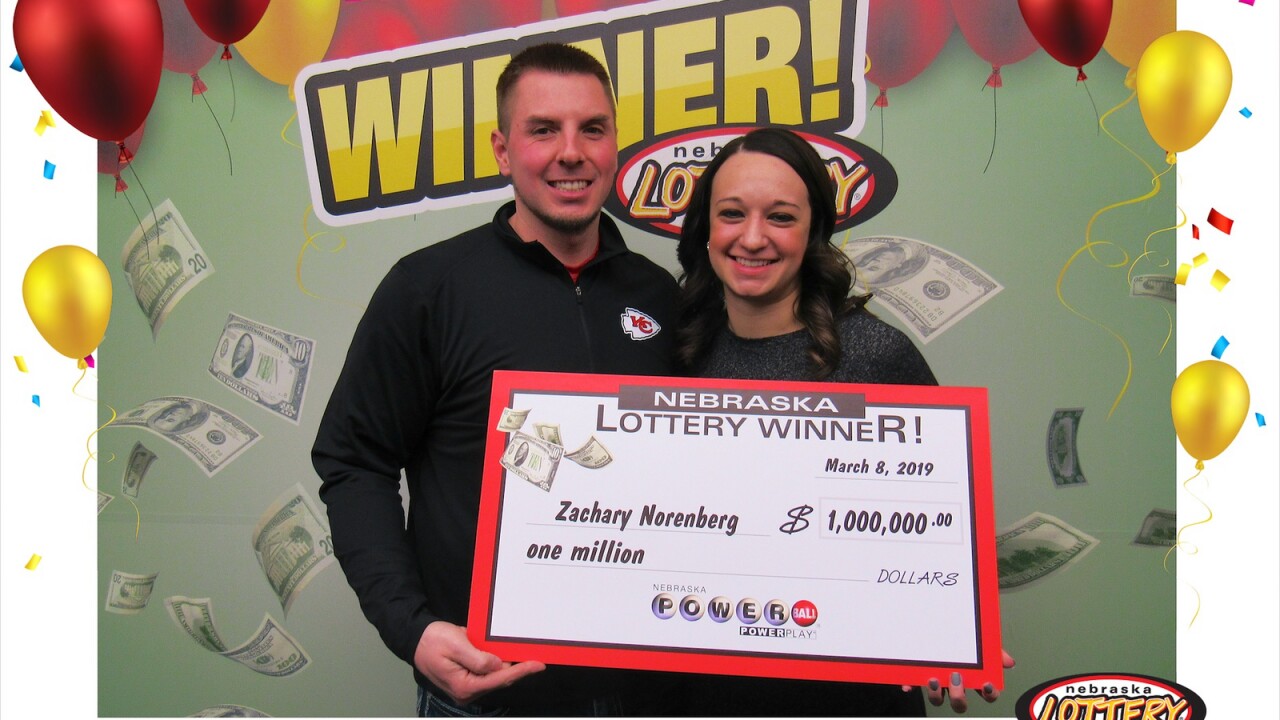 FREMONT, Neb. (KMTV) — A purchase Zach Norenberg made on a whim has turned him into a millionaire.

He went to a Hy-Vee Gas in Fremont before heading to work, filling up his truck and grabbing an energy drink.

Norenberg noticed the jackpot was at $381 million--so he went for it.

He bought a Powerball ticket, picking numbers based on family birthdays, a press release from the Nebraska Lottery says.

After seeing some lottery numbers that looked familiar, he ran to check his ticket.

Norenberg proceeded to wake his wife Shelby, call his parents and his in-laws just to make sure what he was seeing was real.

The Norenbergs plan to use some of the $1 million to pay off student loans and their mortgage.

With a 14-month old daughter and another baby on the way, they also believe the money will be a big help in raising their family.

Right after claiming their prize at the Nebraska Lottery offices on Friday, the couple headed to Des Moines for a wedding.

They have already started thinking about their next win--in fact, Norenberg picked up another ticket today after getting gas.