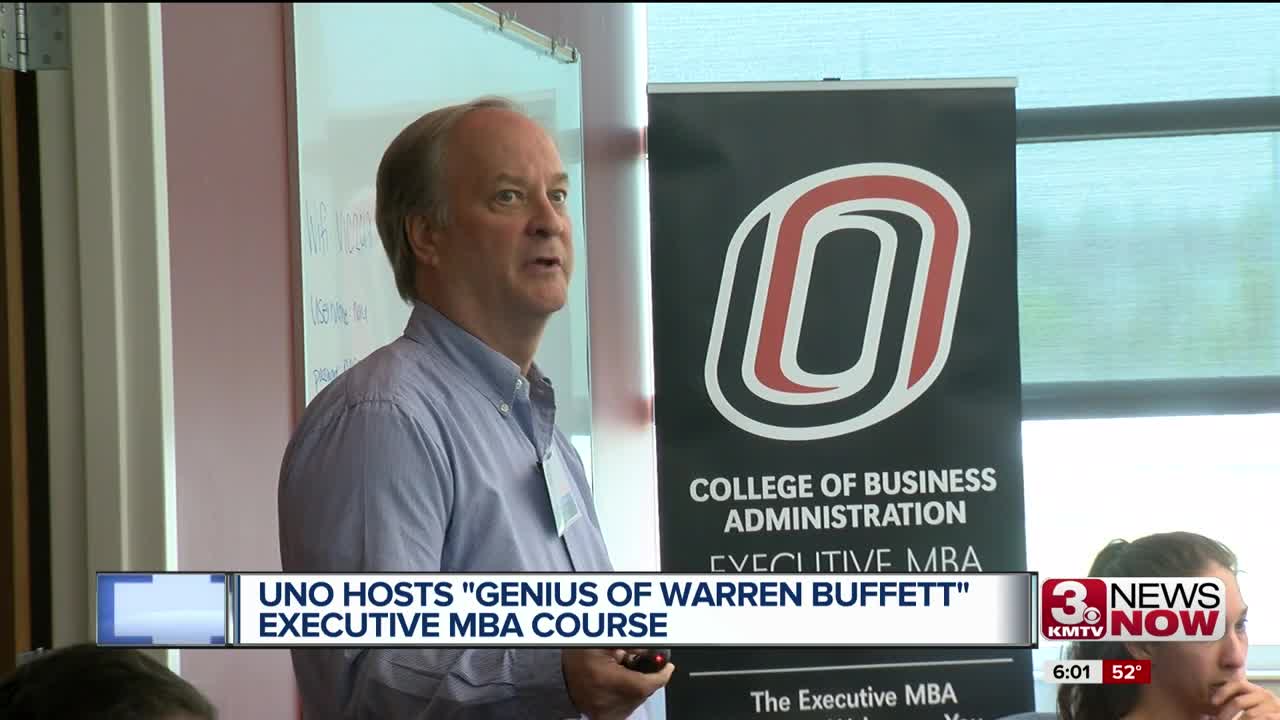 The class is in its ninth year at UNO

OMAHA, Neb. (KMTV) —
The University of Nebraska-Omaha is teaching an Executive MBA course designed for many of the capitalists from across the country that are heading to Omaha to learn all they can from Warren Buffett.

The three-day course is called "The Genius of Warren Buffett" and it's taught by Robert Miles, an auther of three Warren Buffett books and one of the leading experts on the Oracle of Omaha. In the course the students analyze everything about Buffett's investing from his purchasing trends to his failures.

"It's a very unique course, it's the only one offered in the world, it's one of a kind," said Robert Miles. "You're not going to get it anywhere but Omaha. He proves that it is possible that you can get extrodinarily wealthy and do it an an honorable and incredible way."

The course is in its ninth year at UNO. The university looked to capitalize on the annual Berkshire Hathaway shareholders meeting and highlight one of the most famous Nebraskans in history.

"Well he's not only the hometown hero but this is the most-visible and the most-successful investor not only in our time but in all time so this is pretty significant for us," said Dr. Louis Pol, Dean of UNO's College of Business Administration. "We're fortunate enough to have him here and have the shareholder meeting here so this gives us access to a number of individuals."

Of the 25 people in attendance, roughly 80-percent are international guests spanning 16 countries and six continents. They're all trying to learn what they can about the Oracle of Omaha.

"If you're going to take a 10-hour flight plus it needs to be for a good reason and I think Warren Buffett is a good reason to do that," said Maria Claudia Guimaraes, an attendee of the course from Brazil.

The class includes some of the top money managers in the world and also students who are just getting their feet wet in investing.

"He's a genius and he's very inspiring for me," said Michel Bell, an attendee of the course while talking about Warren Buffett. "He's a champion of the world and he's the best example we can have."

For Bell, investing in now a family affair. His daughter Chanel got her MBA last week and joined her father in Omaha for the course.

"Even though finance isn't my focus it's something I'm interested in and it's a part of our lives and he's been doing it forever and I've heard a lot about it and it's something I wanted to learn more about," said Chanel Bell.

For all in attendance, they said the less learned go farther than managing their money.

"It's a must," said Michel Bell. "You learn far more than investments. You learn about life."