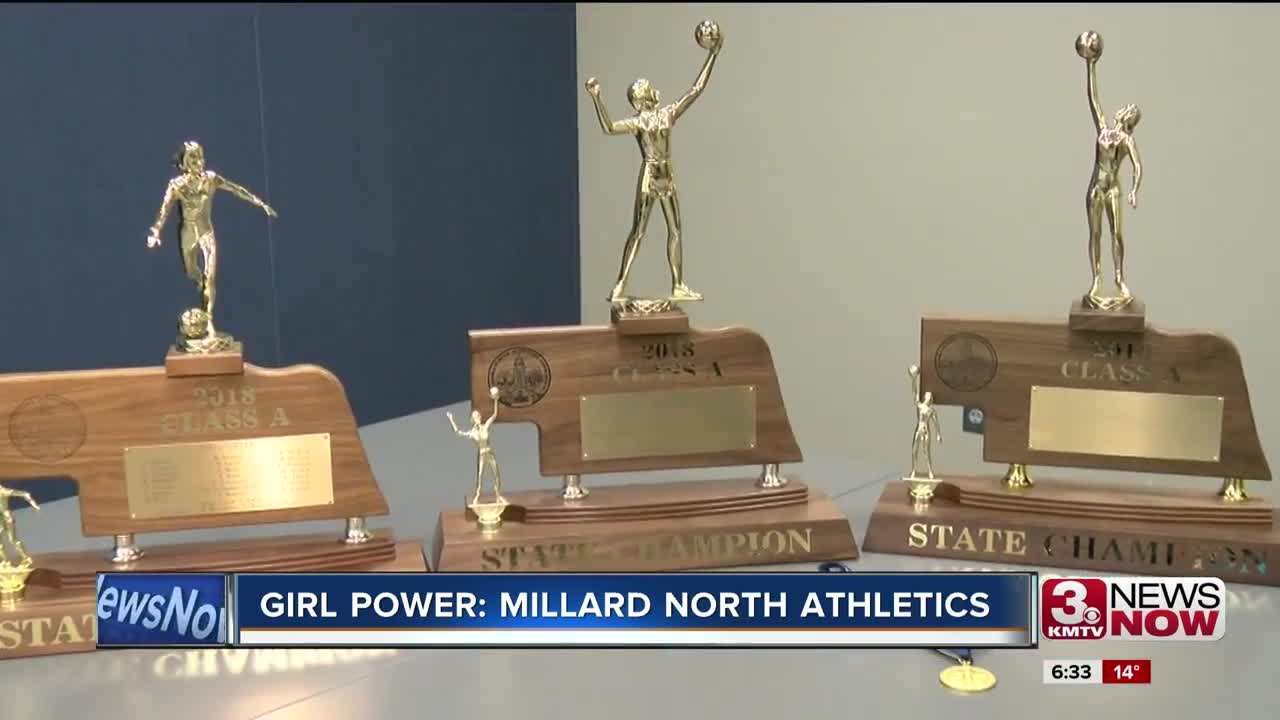 MILLARD, Neb. (KMTV) — It was an exciting weekend in Lincoln for the Millard North basketball team.

The Mustangs captured its first title in school history and had a play make Sportscenter's Top Ten.

"You think as long as Millard North's been around and the success that we've had in other sports it's pretty surprising it took us this long to get our first basketball championship," said Millard North Activities Director Chad Zimmerman.

Championships are nothing new for the school. Over the last 12 months the Mustangs have captured state titles in four girls sports, soccer, volleyball, dance and basketball.

"Once you win a state title you're remembered forever," said Millard North Girls Soccer Head Coach James Abueg. "Your picture goes up, your name is on a plaque, it's something when you take your kids to the high school they're going to see your names on there and you'll remember this forever."

It makes you wonder, what are they putting in the drinking water in Millard?

"The females have a lot to prove to their male counterparts," said Abueg. "They're trying to prove that they can do anything they can do if not better."

The Mustangs' success is easily seen on the playing field, but its impact reaches farther.

"These values that sports teach are so important," said Millard North Girls Basketball Head Coach David Diehl. "We're a school, we're here to educate. There's books and blackboard education and then there's on the court education and both of them are equally as important."

The high school athletes have become role models for the next generation, showing girls they can succeed on the court.

"I have two daughters of my own so I think the positivity that it shows with our girl population is tremendous," Zimmerman said.

"That is the real gold medal to me," said Diehl.

The gold medal is something to celebrate, but Millard North has no plans to end this run right now.

"Now it's time to figure out how to sustain and maintain over a long period of time," Peterson said. "You've been to that highest point. Now how do you continue to push your athletes and sustain."

While the weather outside may be deceiving spring sports are right around the corner. the Mustangs girls tennis, track and field and soccer programs will all be competing this season and will looking to add another state title to the school's trophy case.

Off the field, the Mustangs are shining in the classroom. Roughly one out of every six students in the senior class scored a 32 or higher on their ACT's.