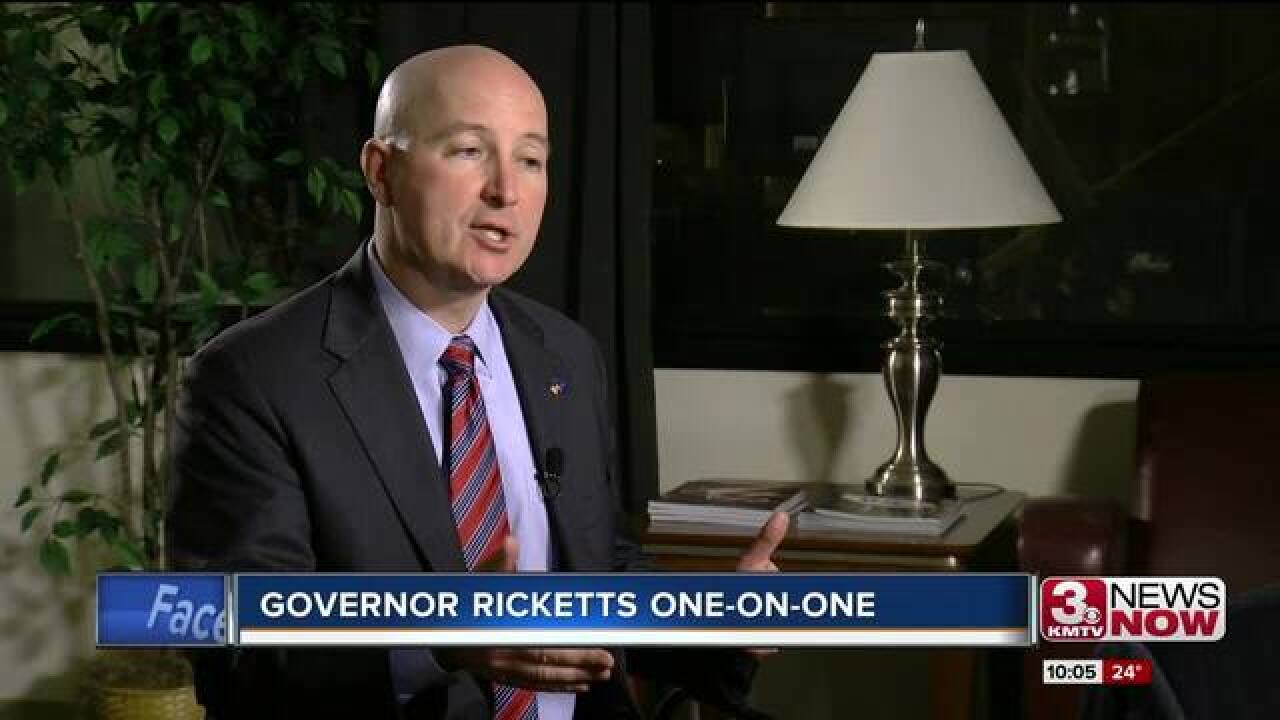 Gov. Pete Ricketts sat down with 3 News Now this week to discuss several topics of interest in the state.

The one tax issue Ricketts said he would like to see solved before the end of the current session:

‘We have to get our budget balanced, and the one bill outside of that is tax relief, the property tax cut and opportunity act,” Ricketts said. “We've got to have tax relief. It would provide tax credits for agriculture and homeowners.”

The governor talked about two new tax programs. "One around agriculture, one around homeowners," he said. "So it takes those existing credits and turns it into a refundable credit based on state taxes off of how much in property taxes you pay."

One regent has publicly stated the University of Nebraska system will receive $30 million less in state funding if the governor's mid-year cuts take effect this year and all of next, meaning two things: program cuts and tuition increases.

"If you look at the University of Nebraska, in the overall scheme, it's less than 1 percent of their overall budget,” Ricketts said. “If you look at how higher education in our state has been treated over the last 10 years, there are only five states where higher education funding has increased and Nebraska is one of those states.”

"Higher education has been treated very well by the state of Nebraska," he said, "and everyone has to be part of the solution. My state agencies like the Department of Economic Development , they've taken eight percent cuts already and we are asking them to take another two percent and four percent. "

The proposal to hike the speed limit from 75 to 80 miles an hour between Omaha and Lincoln has people from both cities — and everywhere in between — talking.

One argument against: Drivers already speed on that stretch, so increasing the speed limit to 80 mph means people will go 90 mph, and lives will be lost.

Ricketts said the key is execution.

”I think when you look at various states where you have speed enforcement, where speed limits have gone up and fatalities have gone down,” he said. “So I think it gets back to how do we do it ? With good engineering practices keeping in mind safety.”'

"It goes back to: Agriculture is such a big part of our state economy — about 20 percent," Ricketts said. "Farm income has been cut in half since 2013, and when farmers see their income go down, they tighten their belt. They don't buy combines. They don't buy sprinklers and that ripples through the entire economy."

"Companies are investing here," Ricketts said. "Certainly, job opportunities that allow our young people to find their career here, stay in Nebraska, raise their family here in Nebraska. At the end of the day, that's what its all about. "