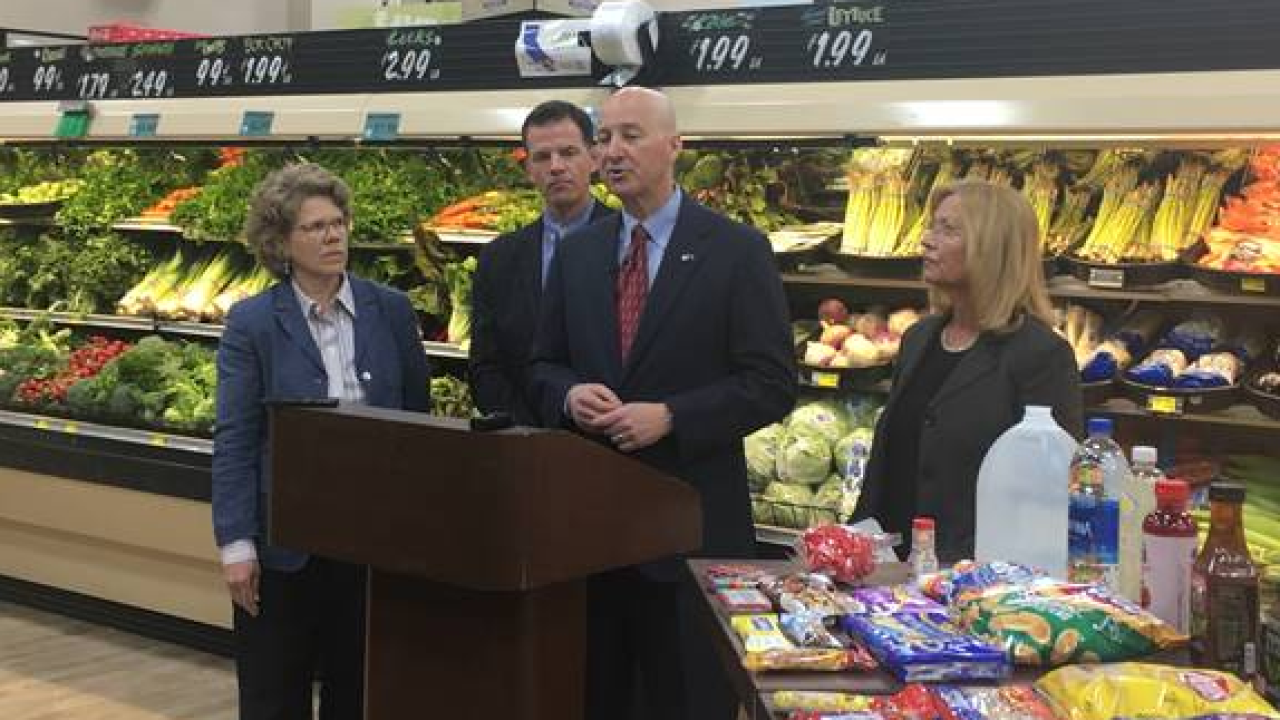 “In our moment of need, now more than ever, Nebraska needs tax relief that will bring our state together and not divide it,” said Governor Ricketts in a press release. “New taxes on food, pop, candy, and bottled water would hit working Nebraskans hard at a time when many are struggling to put their lives back together. As a matter of fairness, it’s not right to raise taxes on working families to pay for someone else’s tax relief. This is ‘Reverse Robin Hood.’”

Leia Noel is a registered dietitian and volunteer, distributing food to needy people in the Lincoln area. She says the tax would have a negative impact on both rural and low-income individuals in Nebraska.

“Higher cost of food translates to higher taxes on rural Nebraskans who already do not have access to the food programs that we have here in Lincoln,” said Noel in a press release. “Are additional taxes the answer? I don’t believe they are. While I understand the need for changes in our tax system, this should not be done at the expense of families that are food insecure.”

Executive director of NGIA Kathy Siefken emphasized the regulatory costs of a selective tax on specific foods as well as the burden it would have on grocers.

“Carving out specific items to tax is inefficient and costly for state government,” said Siefken. “It requires more government lawyers, auditors and other staff to collect and enforce new tax laws. At the same time it will drive up the cost of food due to the labor and software upgrades required by all retailers who sell these items–hitting small retailers the hardest.”

As the state recovers from a widespread natural disaster, LinPepCo CEO Kirk Anderson expressed amazement that the legislature would even consider taxing bottles of water.

“In the wake of the historic flooding, Nebraskans are coming together, buying bottled water, and donating it to their neighbors,” said Anderson. “And the response of the Legislature during this time of need is to propose taxing bottled water! Donating safe drinking water should never be taxed.”