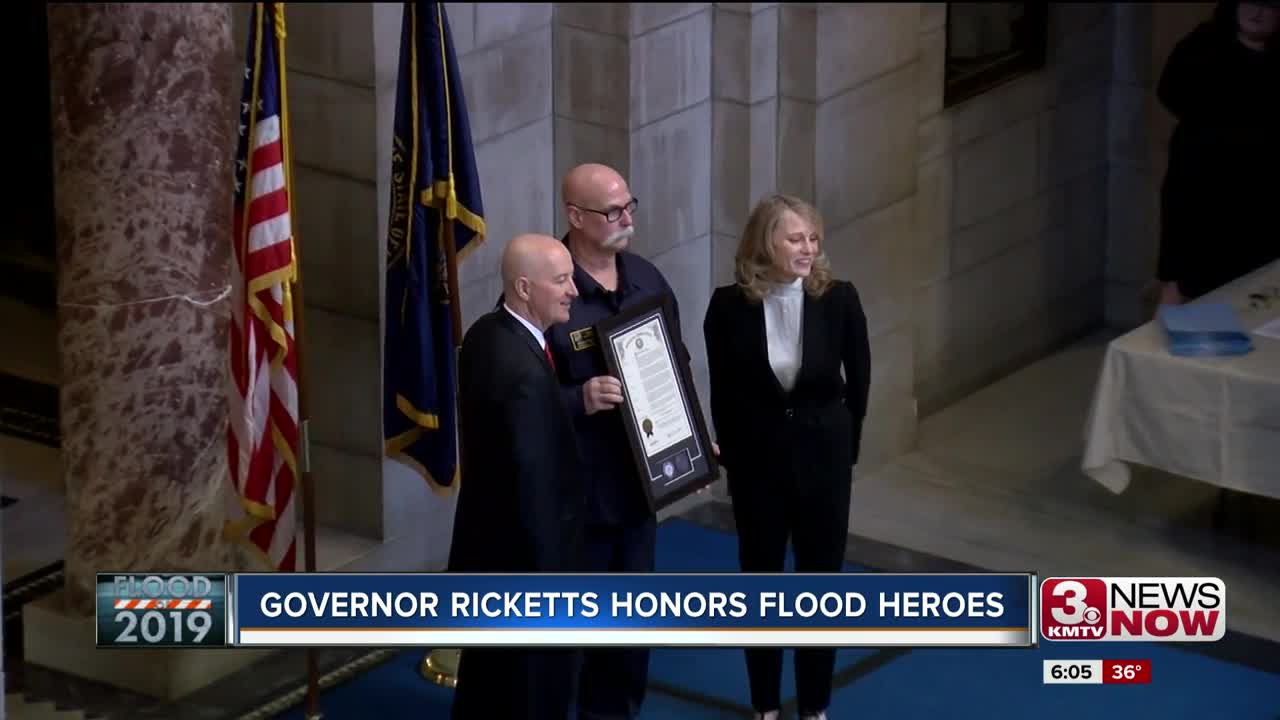 LINCOLN, Neb. (KMTV) — Governor Pete Ricketts held a ceremony at the state capitol Tuesday morning to honor individuals who help out during the spring's flooding.

The governor honored more than 50 volunteers, firefighters and emergency personnel who helped rescue people during March's flooding. Governor Ricketts wanted to send a message that nine months later the volunteers' heroic efforts have not been forgotten.

"I think everybody is a bit tired and an event like this really focuses the recognition on the folks who do the heavy lifting day in and day out," said Bryan Tuma, the assistant director of the Nebraska Emergency Management Agency.

"A lot of people stay away from volunteering and don't want to stick their necks out and be that kind neighbor or be that person and I feel we need to love our neighbors," said Rachel Wilke, the widow of the late James Wilke. On March 14th, Wilke died while trying to rescue a neighbor after flood waters collapsed the bridge he was driving on.

"This isn't something James would want at all to be recognized like this but the words the Governor spoke were very heartfelt," Wilke said.

Governor Ricketts spoke on the state's resiliency and fight, saying the heroes exemplified what it meant to be Nebraska strong.

"I think that is really appropriate for what occurs in our state," Tuma said. "You have ordinary citizens who step up and volunteer their time."

It has been nine months since the flooding started in Nebraska. James Wilke was honored by Nebraska athletics as the state's hero. His name will be placed on the Heroes Trophy given to the winner of the Nebraska versus Iowa football game.