Sen. Bob Krist runs for governor as a Democrat 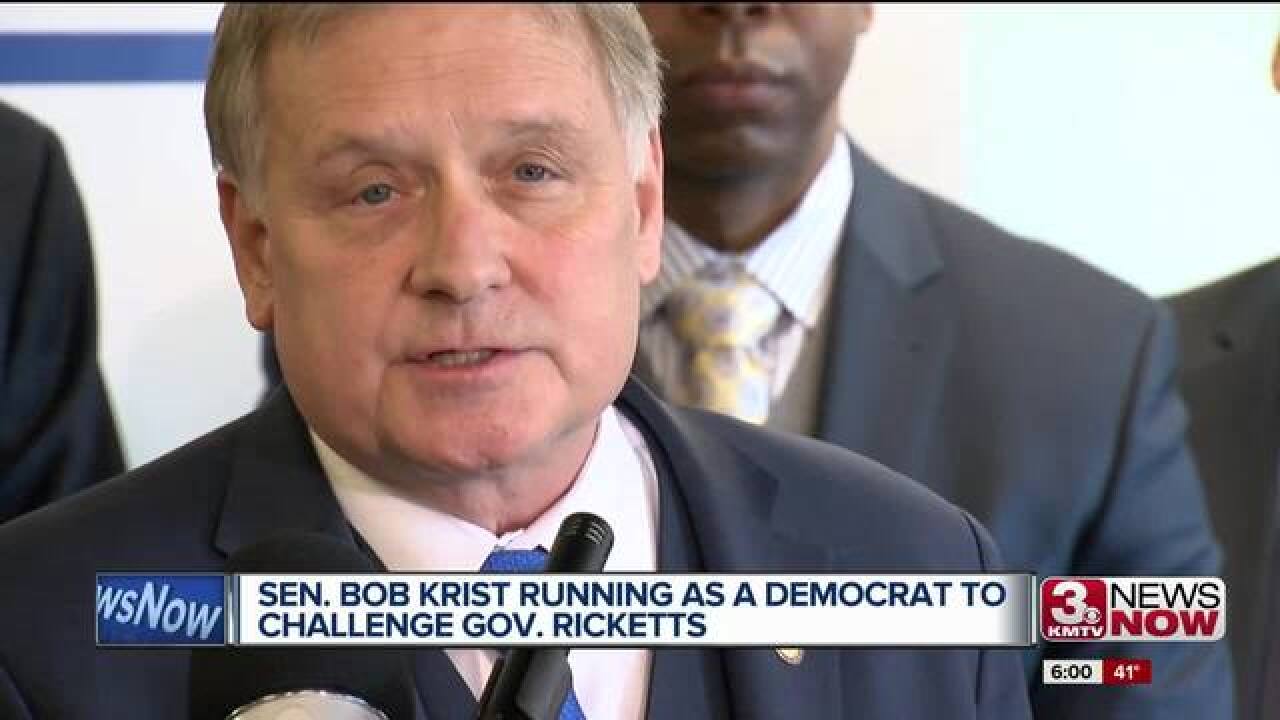 After originally announcing he'd challenge Governor Pete Ricketts as an independent, State Senator Bob Krist has switched parties once again and will become a Democrat.

“Voters are fed up with this kind of constant partisan politics from Governor Ricketts and his Party Bosses that divide us rather than unite us," Krist said in a statement. "I pledge to bring all of us together and to focus on unity and problem-solving, not ideology to move our great state forward.”

Krist officially announced the change at a press conference in Lincoln with Mayor Chris Beutler.

“Nebraska, in my opinion, is not on the right track. We need a problem solver. We need a strong leader who’s not afraid to tackle the tough issues. We need a leader who can and will reach across the aisle and really talk to Republicans, Democrats and independents in a genuine effort to represent all Nebraskans,” Beutler said in a release.

Krist was appointed to the Nebraska Legislature in District 10 in 2009 as a Republican and narrowly won re-election in 2010 before running unchallenged in 2014.

The primaries are on May 15.