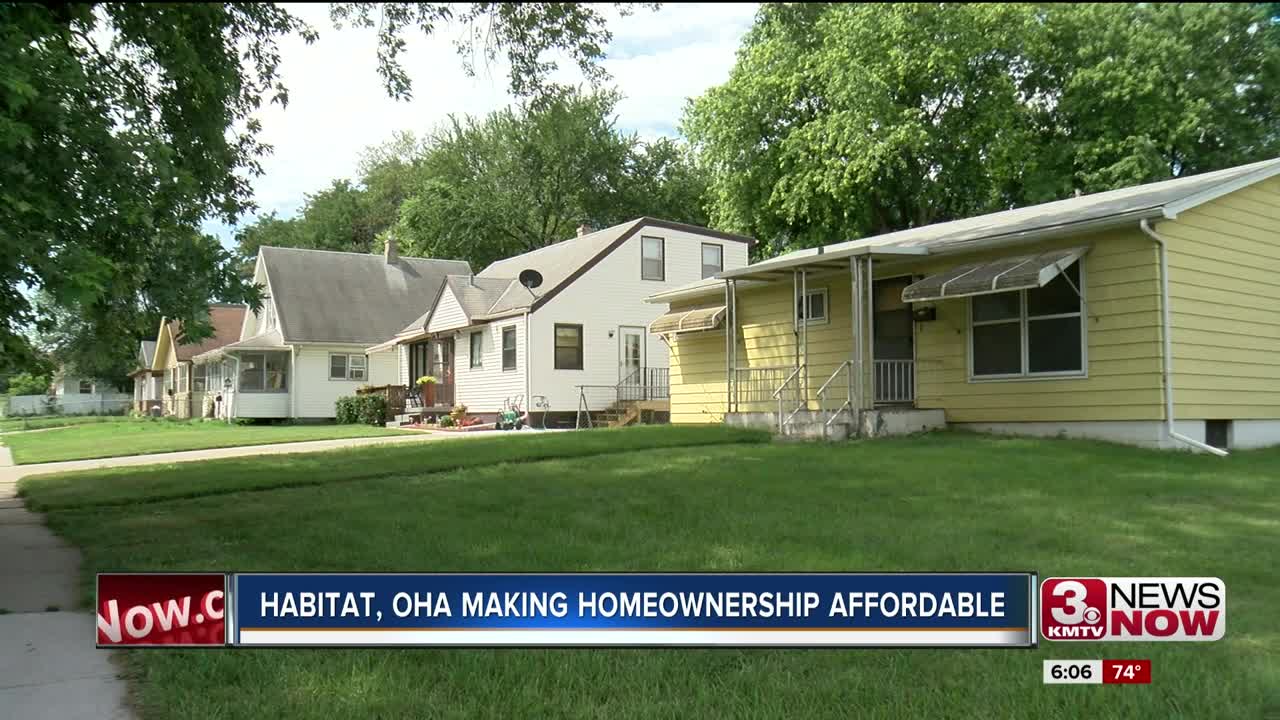 How Habitat for Humanity is making homeownership more affordable in Omaha.

OMAHA, Neb. (KMTV) — The road to owning a home looks different for everyone; a new partnership between Habitat for Humanity of Omaha and Omaha Housing Authority is making it easier for people to buy a home in Omaha.

Habitat for Humanity of Omaha will incrementally buy 100 single family homes from the Omaha Housing Authority. Habitat Omaha will do light renovations on the home, then sell it through the Habitat Homeownership Program.

“We're going to just reshape the kitchen or renovate a bathroom just because of the age of the home,” Naomi Hattaway, Program Director, Habitat for Humanity of Omaha said. “A lot of the homes are older stock. Generally speaking, it is paint, new carpet, new high efficiency HVAC system, improving the landscaping of the lot itself.”

Ilse Ramirez will soon be a homeowner with the help of Habitat Omaha.

“Without this program it’s a challenge for us,” Ramirez said. “It can seem impossible to own a house, to have a home.”

She said she is ready to move to a part of town with less crime.

“For me it’s kind of scary to live in an area like this,” Ramirez said. “But just thinking really soon I'm going to have my own house, and my own home for my daughter, that makes me happy.”

People currently living in the selected OHA homes can apply for the Habitat Homeownership Program. If they're accepted, they can stay and become homeowners. Others will be relocated to different homes with in the OHA.

“We're going to have more folks who are in public housing now, who will eventually be able to own their own home,” Rep. Don Bacon, (R)Nebraska said. “We know that is a great path out of poverty because they are earning equity.”

“They're building a future for themselves that can one day be passed on to their children,” Lt. Gov. Mike Foley, (R)Nebraska said. “The studies show, children that are growing up in a home owned by the family, they're more likely to stay in school, stay out of trouble, get good jobs and one day become homeowners themselves.”

To be selected for the Habitat Omaha Homeownership Program, people must have a need for housing, have a reliable steady income, and be willing to partner with Habitat by completing sweat equity hours.