Hamburg family assesses damage at farm, looking for answers from the Army Corps of Engineers 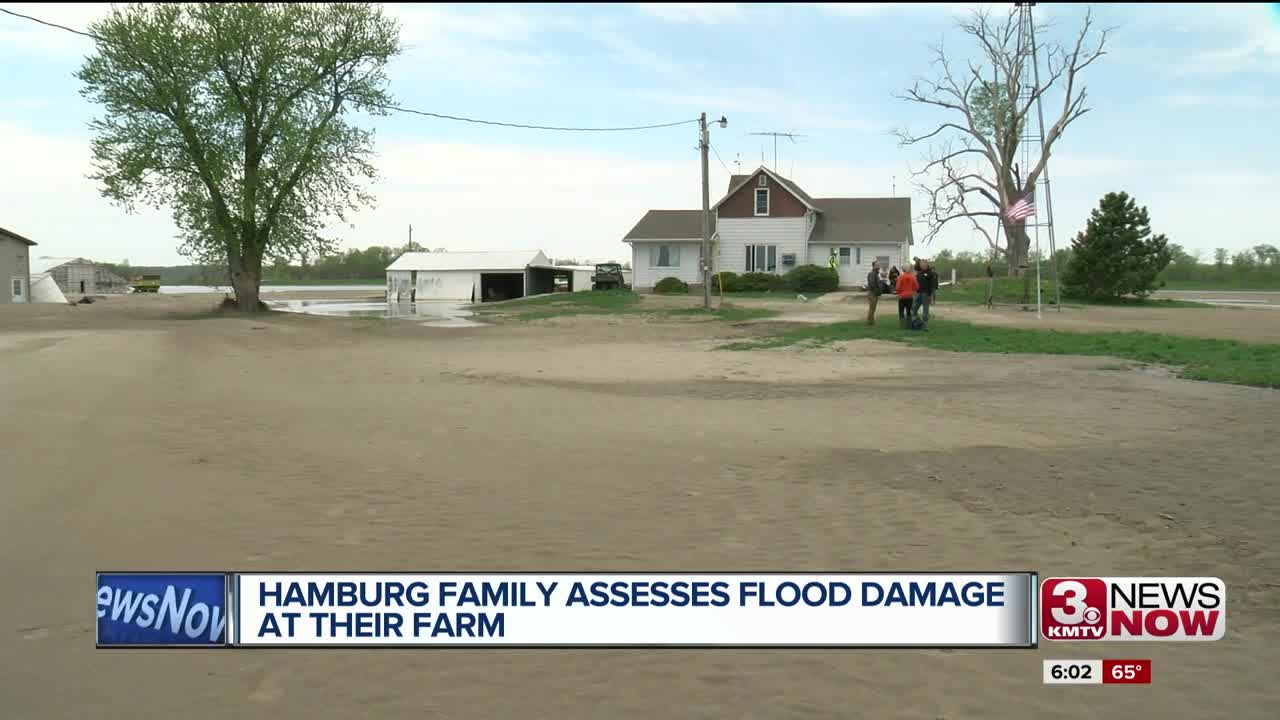 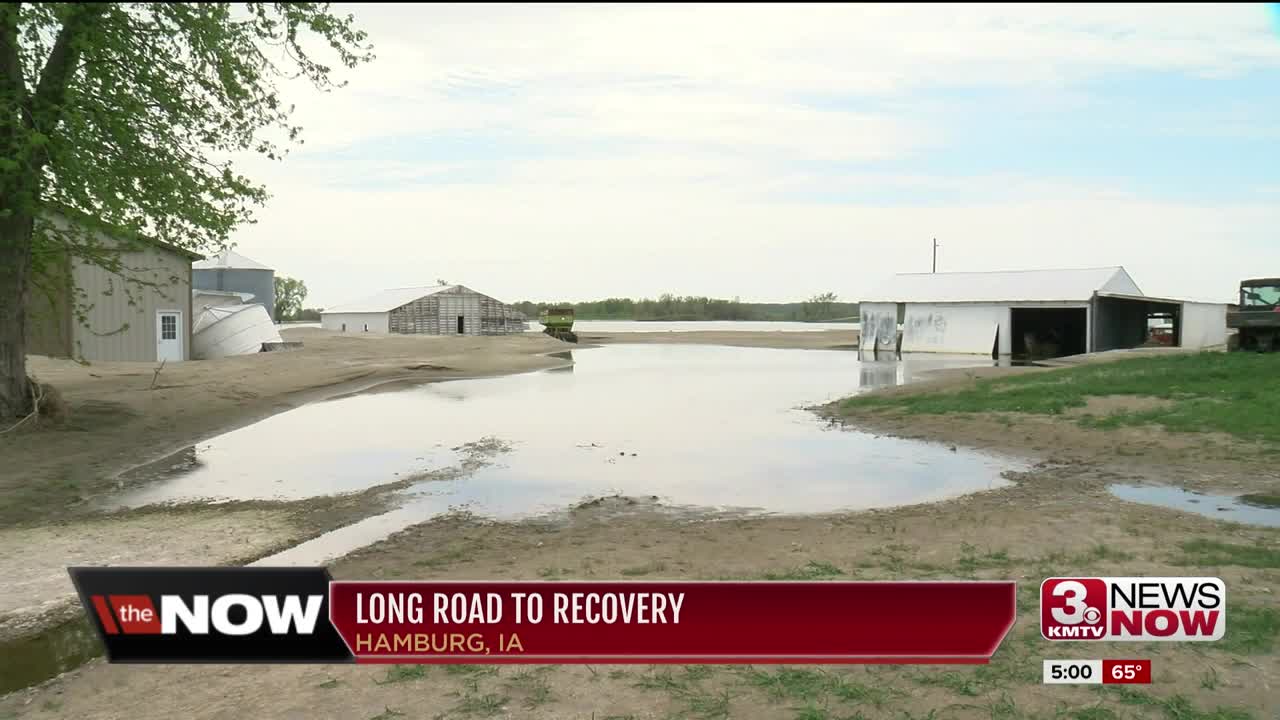 HAMBURG, Iowa (KMTV) — The recent floods hit Hamburg, Iowa hard. 42 days later, families are still getting to see their homes for the first time since they evacuated.

Some of the homes are completely surrounded by water, with air boats being the only way homeowners can check out their residences. The Mitchell family farm is one of these homes. Requiring a ten minute air boat ride to visit the lot is trapped by water and sand.

"We call this the Mitchell Island now," said Kim Ashlock when describing the scene around her house. Ashlock, her husband and her two children moved in to her grandparent's farm exactly 365 days prior to the flooding. Growing up on the land, Ashlock knew that flood damage was possible.

"We love this land so much," Ashlock said. "I told my husband when we sold our house in Nebraska City we can't live in fear of the river anymore."

Ashlock and her family own 220 acres with 180 acres of farmable land. Her brother Don farmed the land prior to the flooding.

"We're not rich, we're not wealthy farmers, we're just farmers who love the land," Ashlock said. "We know how to live on the river but this we should not have to deal with. The water has been right up to this levee, of course it can't handle it."

"The income potential on this farm is gone," said Don Mccown, while discussing the damage to the farm. "The thought of doing anything out here isn't a reasonable thought."

Ashlock's husband works at the OPPD plant within viewing distance of the farm. The drive now takes him an hour and a half. The decision the family is facing is whether to rebuild or demolish their family home.

"There's nothing safe about living here no more and it's definitely not a good place to raise a family anymore and it's hard to be proud of a home when you can't live in it for half a year on occasion and you need to spend a couple of years rebuilding each time," Mccown said. "There's no pride in that."

Outside the house, the setting looks like it should be lakefront property. However, the river should be on the other side of the farm.

"You know what's sad is there's a huge insurance policy on this and it covers nothing and the building he had all of his equipment in is toast," said Ashlock. "I mean this is the end for us unless the corps is going to pay to have this removed. We don't have a million dollars of equipment to get it out of here. It's always survived but it can't survive when man is sending us more water than we're supposed to deal with."

Many people in Hamburg are blaming the height of the levees, or the U.S. Army Corps of Engineers for the flooding. The Mitchell family has a different take. They're saying it's not the corps fault but the corps' mismanagement of the levees and the water system is what caused the flooding to get as bad as it did.

"The corps has been around for a long time and yes farming properties on the river bottom can be challenging but the problem is the policies have changed enough and the priorities aren't there for the right reasons they need to be and that's the reason all of us are struggling so much," Mccown said. "It's not okay when the river runs eight feet all winter and they have plenty of room to move water down the river and they still don't do it and they act surprised when they have some sort of event that gets out of their data specs that they can't control."

"They're never down here, we don't ever see them down here," said Ashlock about the corps. "It's the mismanagement. Of course the levees can't handle it. It's weak. When the water comes rushing down from the north our system can't handle this."

Currently the Ashlock's are living in Hamburg with Kim's mom in her basement. The family is deciding what to do with the family farm moving forward.

"It's going to be tough, this is the reason why we stay here," Ashlock said. "I love this place, I played on this farm, I grew up on this farm, I'm glad my kids will at least remember it."