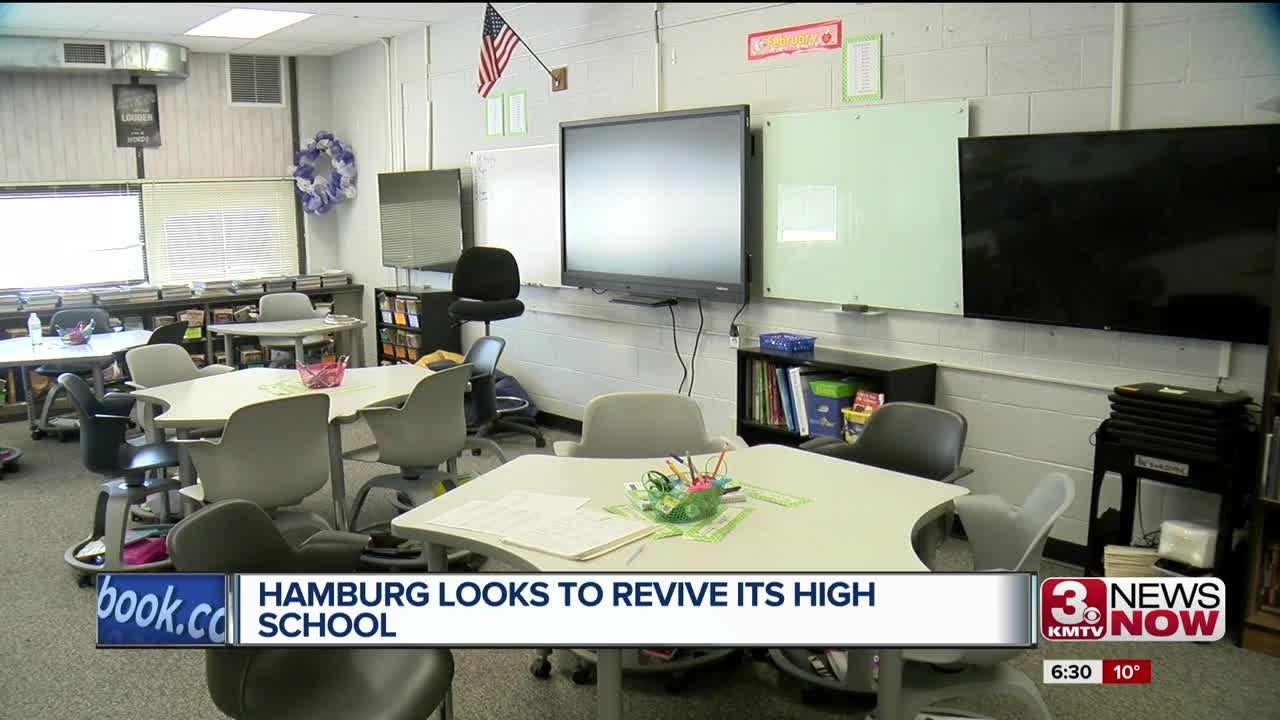 HAMBURG, Iowa (KMTV) — The community of Hamburg, Iowa in Fremont County will find out on February 20th if the Iowa Board of Education will allow the Hamburg Community School District to have its own high school.

The town lost its high school in 2011. Students attended the Farragut Community School District until 2015 when the school closed due to financial issues.

"At that time we did not have a facility that could house a high school," said Dr. Mike Wells, the Hamburg superintendent. "In the last three years we've been adding additions on to this building so we would be prepared for a high school."

Students living in the Hamburg district currently go to high school at Sidney, Essex, Shanendoah, Fremont-Mills and in some cases Rock Port in Missouri. The district is currently in a tuition-sharing agreement with the Sidney Community School District but students in the Hamburg school district can open-enroll at the other schools. Hamburg's tuition-sharing deal with Sidney ends at the end of the school year, which is what prompted the district to look to bring back a high school.

"We provide transportation to and from Sidney and we provide the head-count money, the cost we get from the state goes to Sidney," Wells said.

According to Dr. Wells, Iowa state law requires a school district to enter in to a tuition-sharing agreement with a bordering district. Since Hamburg is bordered by Nebraska and Missouri on two sides, the Sidney Community School District is the only option for Hamburg.

"It's hard to get people to move here if you don't have a K-12 school system and families have told us we're not coming back becuase you don't have a high school," Wells said. "So we're hoping that we'll hope rebuild our community and that will play an important role."

Currently there are 160 students grades K-8 at Hamburg, with 198 grades K-12 living inside the district. Wells said the goal would be to enroll 20-25 kids in year one, with a maximum of 65 for the high school. State law requires at least one person per grade enrolled for a school to be accredited. Without a new school, the community's future is in limbo.

"All we need is an opportunity," said Haillee Barrett, an eighth grader at Hamburg. "All we need is the go word and if we get the go word we'll get the high school and we will show people who don't believe in us that we can do it."

At next week's Iowa Board of Education meeting the district will find out the board's verdict. At its last meeting the board voted 4-4 but one member was missing. The board decided to re-vote at its meeting in February.

"If we're going to go down we want to go down fighting," Wells said. "We're hopeful that this can work."