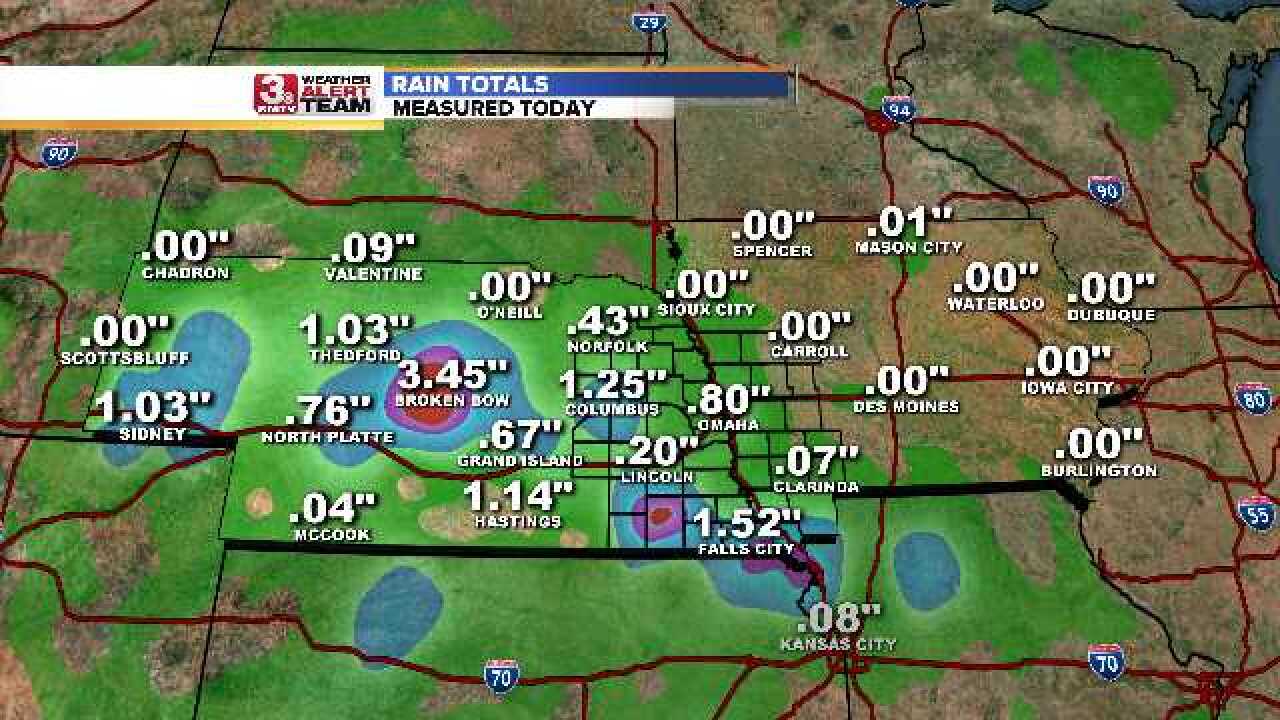 OMAHA, Neb. (AP) — Flood and storm warnings have been issued for much of Nebraska as storms rumble across the state.

The National Weather Service said Wednesday that flooding is expected in several southeast Nebraska communities, including Beatrice and Pawnee City.

It’s unclear whether anyone’s been injured or any structures damaged.

The photo above is rain totals as of 9 a.m. Wednesday morning.