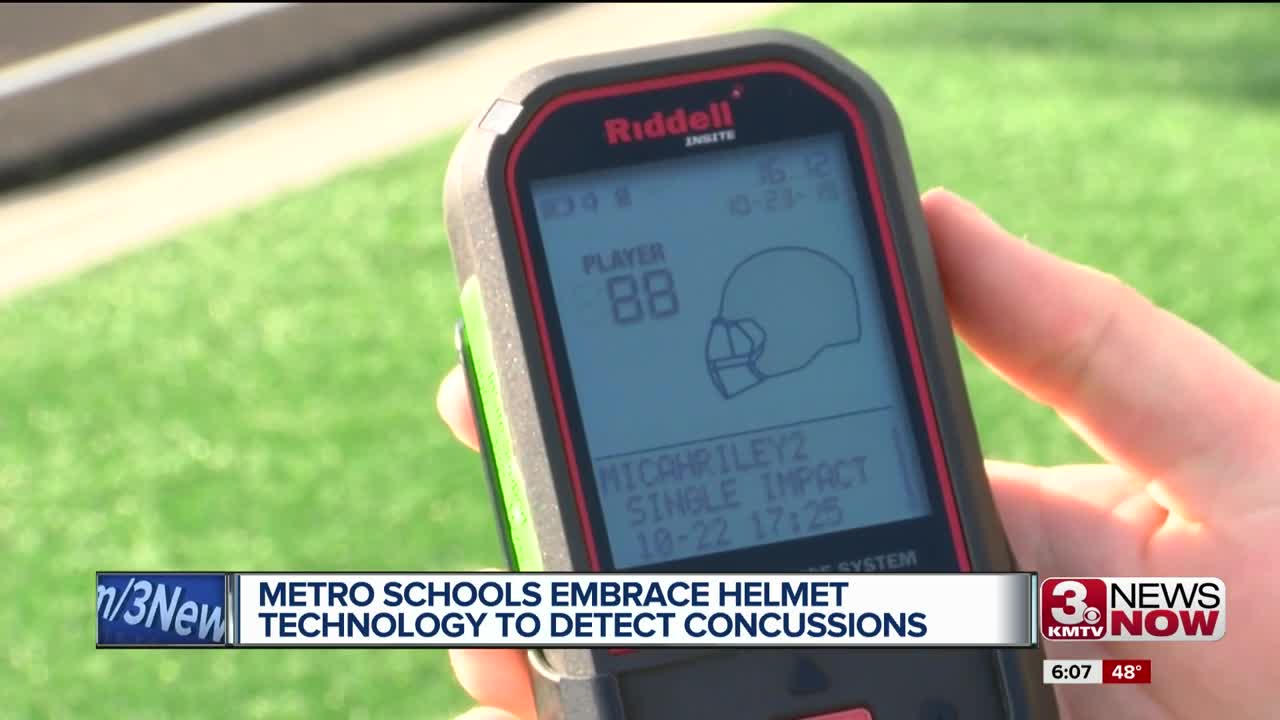 How football in the Metro is using safety tech to help keep players safe.

BELLEVUE, Neb. (KMTV — Every single player at both Bellevue high schools get a computerized helmet, so whether it's in practice, or during the state championship, if they get hit hard in the head, the trainers know and can pull that player aside.

It's something nobody can see. Five sensors inside every helmet of the Bellevue Thunderbirds, constantly monitoring hits to the head.

Athletic trainers will get a beep on their device if a player takes an especially hard hit to the head, multiple large hits or if their technique could lead them to an eventual head injury.

"If we have for instance a lineman who's constantly dropping their head, having contact to the front or top of their head we need to look at changing how that's occurring so we don't have multiple impacts leading to a head injury,” says Gier.

And when it does beep.

"It'll show us the name and the number of the player that had that contact,” says Gier.

Trainers will pull the player out for a sideline evaluation.

"Checking their memory, their balance, all the necessary means to make sure we feel like they're safe to return and they don't have any symptoms of a concussion,” says Gier.

And when the device beeps, coaches are hands off.

In fact, Coach Michael Huffman says it happened to them a few years ago during the state title game against Omaha North, to their best player.

"It was the game where Jaylin Bradley, 200 something, had a bunch of touchdowns, his went off during the game,” says Huffman.

Thankfully, he was cleared and could continue to play.

"When they went over and did the test with Jaylin, he passed every single one of them,” says Huffman.

But that's not always the case, since the school has used the technology, trainer Shannon Gier says it's been invaluable when players do get concussions playing football.

"Especially in those instances where maybe we didn't see the hit and it clued us, oh hey maybe we need to go check this kid out to make sure they're okay,” says Gier.

Gier also says there also times a player will get a concussion and the device won't go off, that often happens when multiple low impact hits to the head begin to stack up on the athlete.