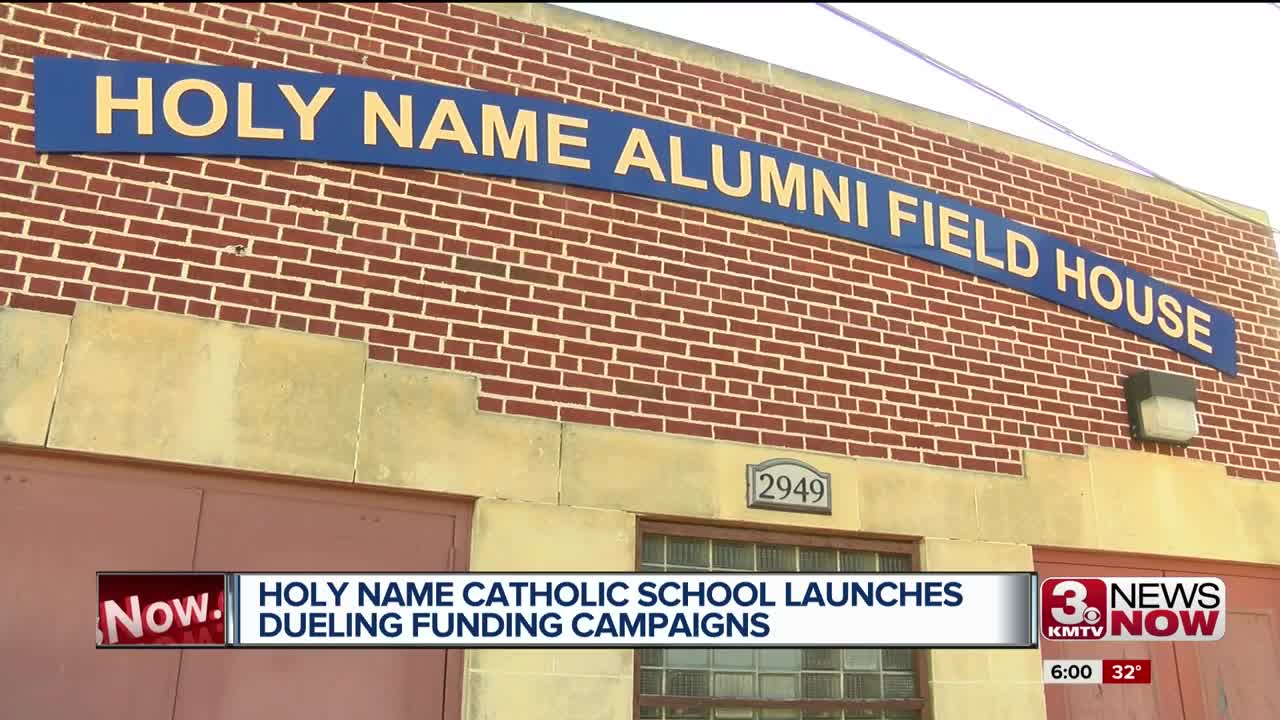 The projects school leaders want to fund and how they plan to do it.

OMAHA, Neb. (KMTV) — Holy Name Church and Catholic School, a staple in this north Omaha neighborhood for over 100 years.

"Today we stand here ready to put the additional work into assuring this school and this parish has the opportunity to celebrate its next 100 years,” says James Goodman, President of Holy Name, Men’s Club.

And to that, the school has big plans, but needs community help.

Thursday morning, Governor Pete Ricketts and others announced the launch of two funding campaigns. The school is looking for over 3 million to renovate their field house, that would be used for more than just for school kids.

"It'll be for a combination of school events and community events,” says Tim Kudron, board president of CUES school system.

"It's going to increase the profile and the ability for Holy Name to attract the community to its campus."

They’re also looking for over $12 million to run the school, about half of which has already been donated. This would cover things like teachers salaries, schoolbooks and keeping the lights on.

"In order to fund these schools, we have to find an alternative source of funding, tuition isn't enough to just keep them open,” says Kudron.

Other schools in the area have learned this the hard way. In Lincoln, two K-8 grade schools, St. Mary’s and Sacred Heart, shut down due to financial issues.

"Over the years, inner city Catholic Schools have really struggled to make ends meet, and so it requires members of the community to get involved and help make them successful,” says Governor Pete Ricketts.

The school isn't just for Catholics either, almost half the students are outside the faith and most of them qualify for free or reduced lunch.

Governor Ricketts says that's all the more reason why he hopes community members step up, so kids can continue to go to holy name for a long time.

"97 percent of the kids who go here graduate from high school and so they get a great education, they get a great background in values that help make them successful and so it's really an anchor in the community that draws a diverse group of kids,” says Ricketts.

The renovations would be to more than just the gym. the school also plans to upgrade their security, front entrance and offices.