How the Iowa caucuses work 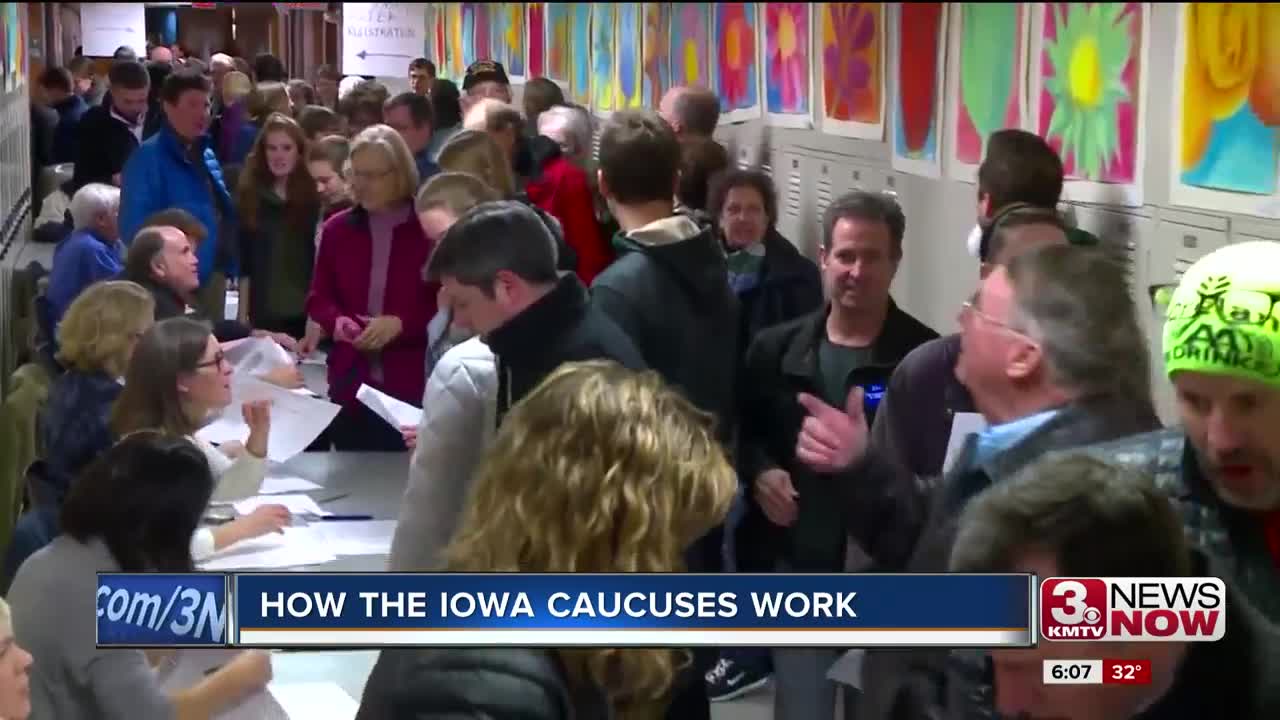 COUNCIL BLUFFS, IOWA (KMTV) — If you've never voted in a caucus before, be prepared to support your candidate in a loud and public way.

"You're actually talking to your friends and neighbors about why you feel your candidate is the best and it's more of a community event,” says chair of the Pottawatamie County chair, Scott Punteney.

The first thing you'll notice after introductions are surrogate speeches. That's when supporters for all candidates go on stage and give a spiel on why you should side with their candidate.

Then you vote, with people being grouped together by which candidate they want, but it's not over.

If you're candidate doesn't meet a 15 percent threshold, they're not viable, and those people pick a viable candidate, who's above 15 percent.

That part of the caucus can get dramatic.

"People are pretty passionate about their candidates about their politics, who they're supporting, so at times it can get loud,” says Punteney.

New this year, if you pick a viable candidate, you're stuck with them, even if you change your mind.

"There was kind of unlimited times where they could re-align too, so where now there's just a one period to break out into preference and one realignment period," says Punteney.

With Iowa being the first in the nation to pick the nominee, Pottawatamie county chair Scott Punteney says Iowans take it as a big responsibility.

"This is where it starts in Iowa and we're certainly proud to have that and we take it serious and it's an exciting time,” says Punteney.

The caucuses will start at 7 p.m. and voters need to be in line by then, if they want to participate.