How to talk to your kids about mass shootings 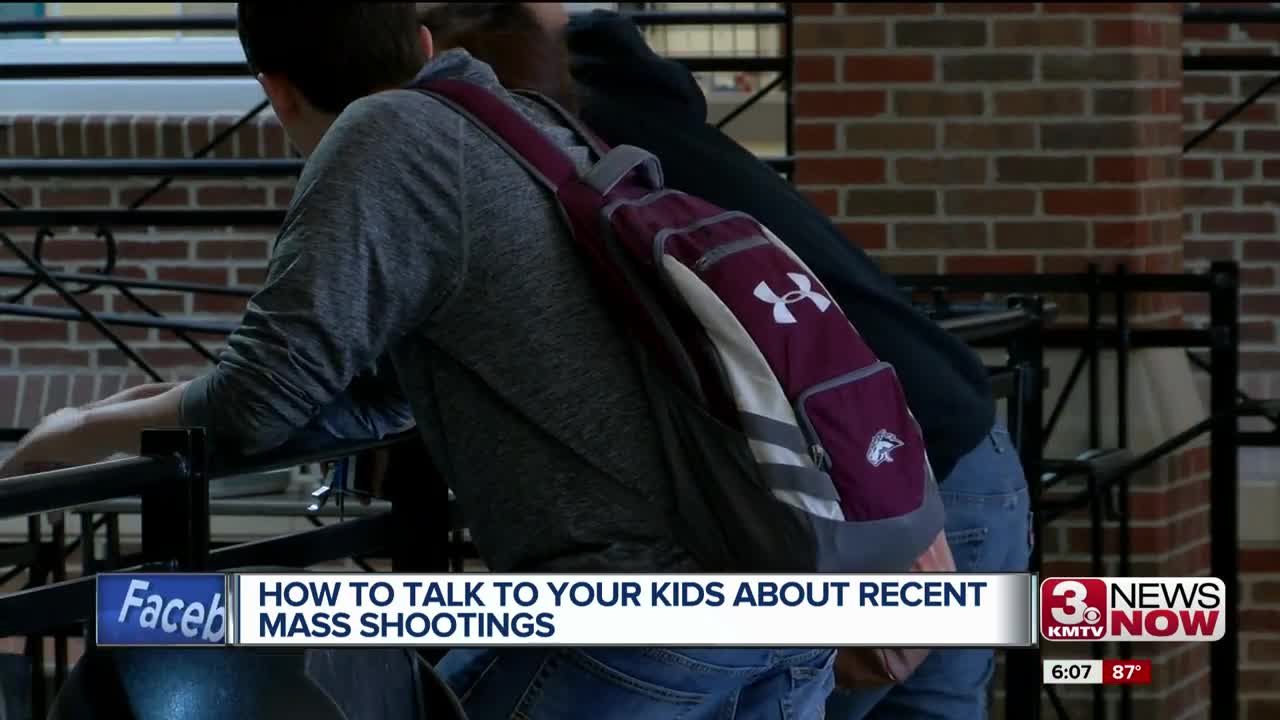 OMAHA, Neb. (KMTV) — Mass shootings are difficult to process for people of any age and in a world where most people are connected to social media, even children may be subjected to images that can be tough to see and understand.

Dr. Howard Liu is a child psychiatrist at Nebraska Medicine. He says parents need to control media access to your family. That way you know what your children are seeing and can have conversations about them. Listen first to what questions they have. "Kids often don't have the context, they need parents or guardians to explain, how does that translate to my school, to my teacher, to my classroom, and I think that's what's not controlled if you're just letting them browse through the internet or watch things randomly," Dr. Liu said.

Most mental health experts suggest not letting toddlers and preschoolers watch media coverage of incidents like mass shootings. For older children, parents should watch along with them.

The American Psychological Association's 2018 Stress in America Survey found that 75% of Generation Z, people ages 15-21, said mass shootings are a significant source of stress for them.

"Many of us in the Midwest may have worried about tornadoes and other rare occurrences that may happen, now it's school shootings. Even if you go back to school shopping you might see some Kevlar backpacks and things and it really is a different era where it is much more pervasive and things live on social media long after an event," Dr. Liu said.

If you have concerns about your child's mental health, Dr. Liu recommends having a conversation with their pediatrician or primary care physician.

Dr. Liu said it's important to explain to children that these instances are rare and for the most part, they are safe.

He listed these resources for parents/teachers/community leaders to learn more about this topic: