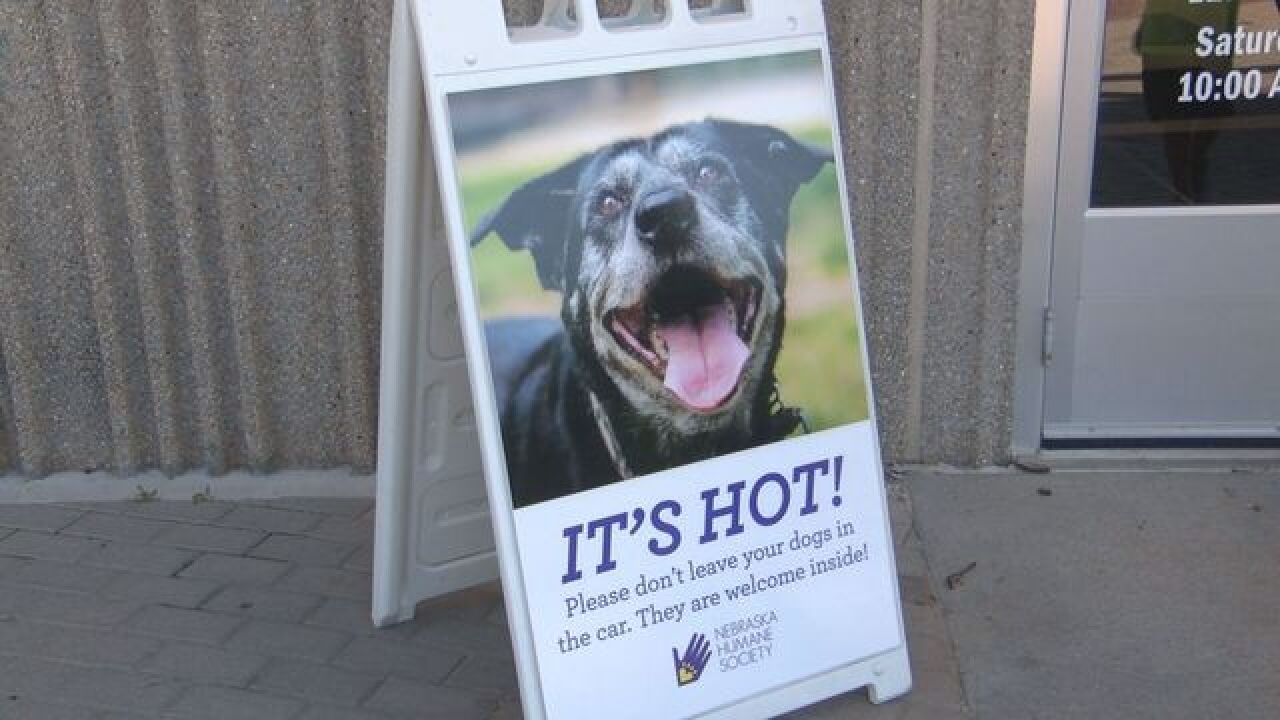 Leaving your dog in the car as you run a quick errand the Nebraska Humane Society says can be detrimental to your dog's health.

"They can overheat, they can stroke out, they and die," said Pam Wiese.

Even on a cooler day, rolling all the windows down won't help.

"On a 73 degree day the windows cracked, it can still exponentially get hotter and hotter in a car and after 10-20 minutes your pet can be in distress," said Wiese.

The Nebraska Humane Society is warning all dog owners.

"Dogs can not sweat, so the way they cool down is to suck in cool air and blow out hot air," said Wiese.

"If they are in a place where they can't suck in cool air they can't cool themselves down," said Wiese.

Tammy and James Pedrick say it's the fur that doesn't mix well with the heat.

They'll let their dog Spirit cool down at the dog park, but if it's too hot The Pedrick's say Spirit stays inside.

"The high 90's and the hundreds, we wouldn't take her nowhere, we would leave her in the house where it's nice and cool," said James Pedrick.

Nice and cool is the best place Wiese says a dog can be.

"Somewhere ventilated with shade and plenty of water," said Wiese.

Encouraging anyone who sees a dog left behind in a car to call police or animal control.

"It's a living being too, it might be an animal but they suffer the same way we do if we are in the heat," said Pedrick.