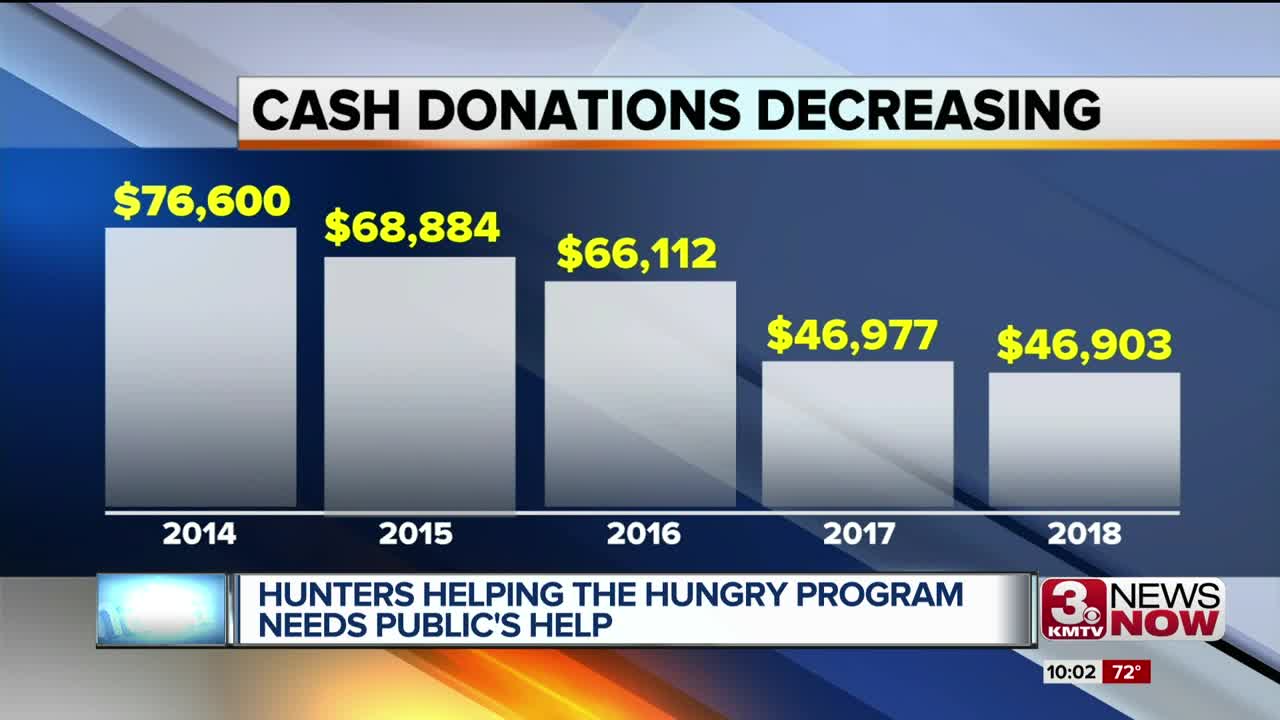 Hunter's Helping the Hungry, a program in which hunter's donate deer to the poor, is needing donations from the public.

LINCOLN, Neb. (KMTV) — The Hunter's Helping the Hungry program reached its peak two years ago, with more than 700 deer harvested and shipped to food banks around Nebraska.

But last year, despite the success, the state had to pull back, because they didn't have enough money.

Now they're cutting back even more.

"Everyone pretty much loves it, it's just the funding of it that's the problem,” says Teresa Lombard, program with Nebraska Game & Parks.

That kind of says it all.

Since the Legislature approved the Hunter's Helping the Hungry program seven years ago, it's fed countless Nebraskans.

"It's a really a win-win for everybody, the hunters can, in the savings that they have for not paying for processing and the time savings and not having to find somebody to give that deer too, they can go out and harvest another deer,” says Lombard.

"Last year I want to say that through all the donations that we've received, we ended up with probably 11 or 12 hundred pounds of meat that stays here locally, so it's a great program,” says Patty Hanke, who’s husband owns B.I.G. Meats, one of 13 processors in the state.

Despite the success, donations have continued to go down, dropping by almost $20,000 in 2017, and even lower last year.

"Bottom line, somebody has to pay for that processing, and the Hunter's Helping the Hungry program can't pay for it if we don't have money in the program funds,” says Lombard.

So to get the program back on its feet, Nebraska Game and Parks says they need cash donations for next year.

They're not asking for a lot, saying anything helps.

"What people don't realize is those one dollar donations from a whole lot of people, actually usually has a bigger impact than one five hundred dollar donation,” says Lombard.

Lombard also says the money is used efficiently, with one dollar providing about two meals of venison.

To donate, you can send a check to Nebraska Game & Parks with 'HHH' in the memo, or donate here.