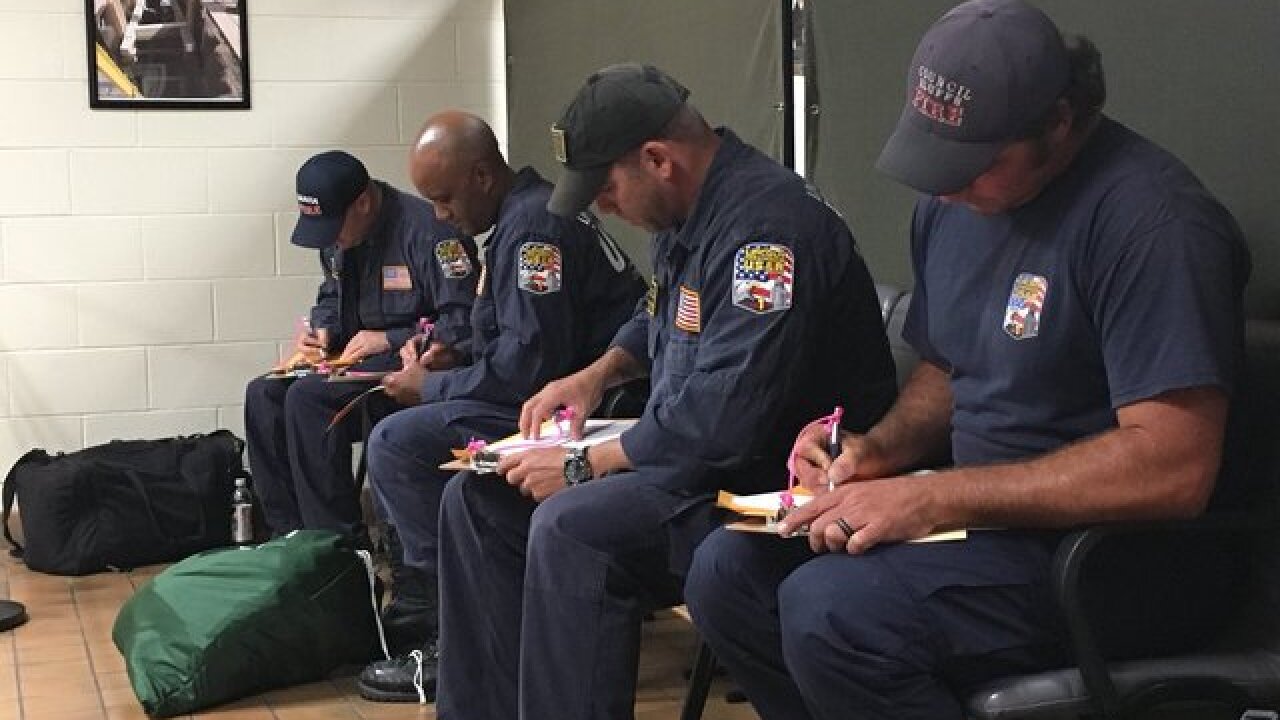 Copyright 2018 Scripps Media, Inc. All rights reserved. This material may not be published, broadcast, rewritten, or redistributed.
<p>Photo by NE-TF1</p>

Nebraska Task Force One is moving into position to assist with Hurricane Florence rescue and aid as needed.

NE-TF1’s Type 3 task force has arrived in North Carolina and is currently preplannng operations prior to Florence making landfall.

"I'm thinking boat rescue and evacuation," said Roger Bonin, division chief in charge of EMS with LFR. "That will be our initial mission."

NTF-1 tweeted out Tuesday that the unit had been activated. After being diverted from Raleigh to Fayetteville, N.C., the unit was moving into position at Hope Mills, N.C., on Thursday and was expecting to hunker down as the storm made landfall.

"Our goal is to get our base of operations set up, get everything inside before it starts to rain," Bonin said.

The unit is anxious to get to work and has already begun assessing hazards, including poisonous snakes, he said.

Members of the unit are also in Hawaii to assist with Tropical Storm Olivia, should it elevate to hurricane status, said LFR Battalion Chief Brad Thavenet.

With landslides and massive flooding anticipated in the mountain there, those deployed in Oahu, Maui, and "the Big Island" are expected to remain in Hawaii to assist with search-and-rescue operations, Thavenet said. Others in the task force will transition back to the mainland to prepare for deployment to the eastern seaboard as needed, he said.

Also on Thursday, a local medical transportation service also said it is sending 12 personnel and six ambulances to help in areas impacted by Hurricane Florence.

Midwest Medical Trasport Co. provides ground and air medical services and is working with FEMA to provide staff and resources "for as long as the need exists," according to a release from the company. Meanwhile, “resources have been deployed from several of our services in Nebraska, Indiana, Iowa, Kansas and South Dakota in an effort not to interfere with daily operations," the release states.