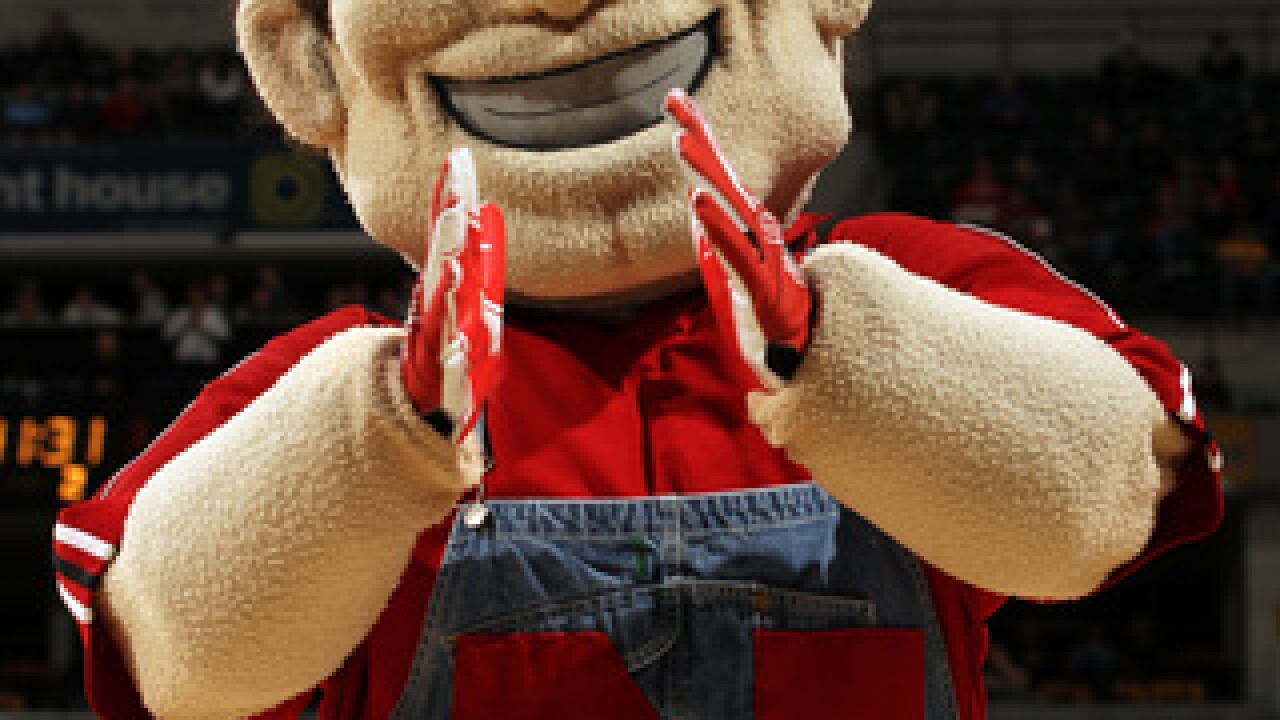 Copyright 2017 Scripps Media, Inc. All rights reserved. This material may not be published, broadcast, rewritten, or redistributed.
Jonathan Daniel
<p>INDIANAPOLIS, IN - MARCH 08: Herbie Husker, mascot for the Nebraska Cornhuskers, performs against the Purdue Boilermakers during their first round game of 2012 Big Ten Men's Basketball Conferene Tournament at Bankers Life Fieldhouse on March 8, 2012 in Indianapolis, Indiana. (Photo by Jonathan Daniel/Getty Images)</p> 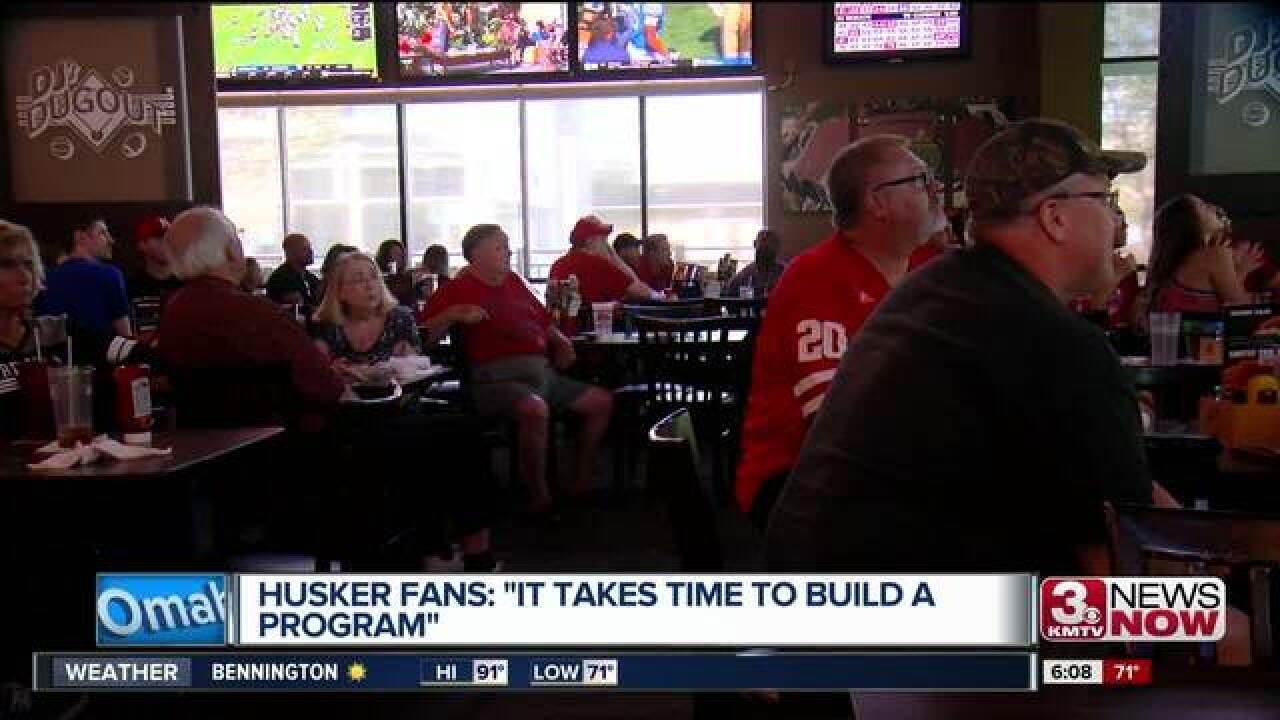 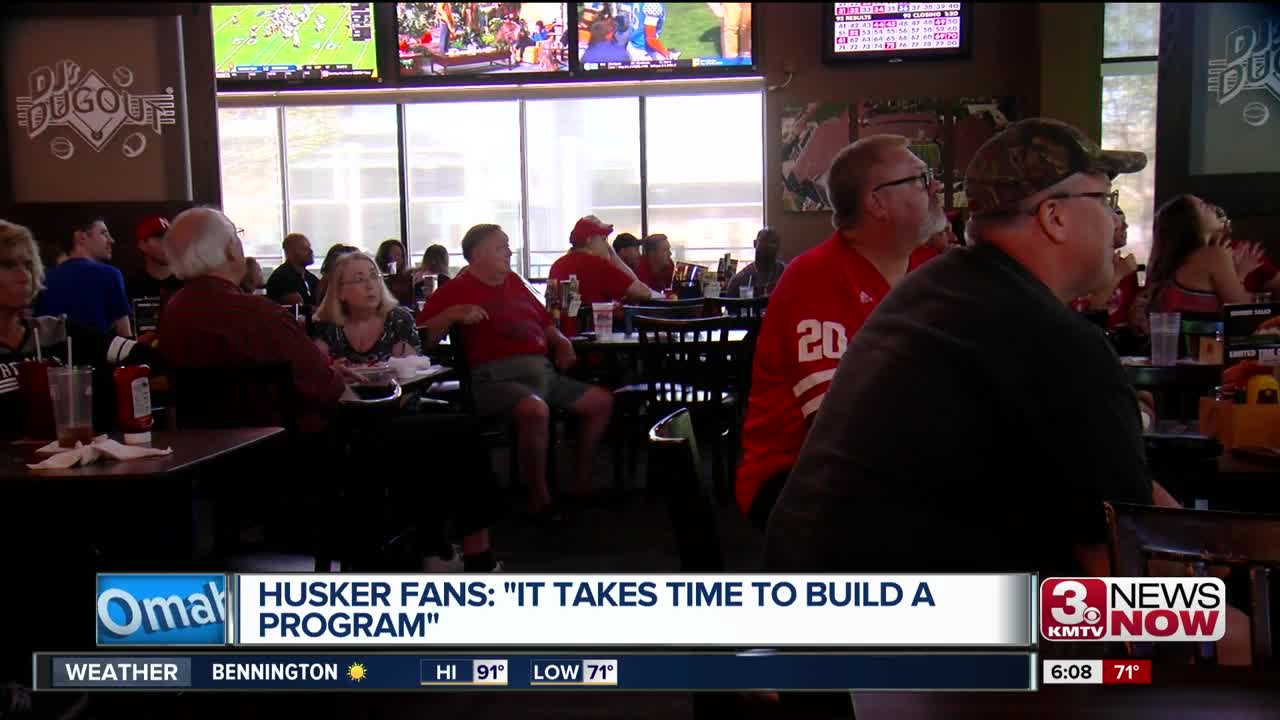 Today's game was disappointing for some Husker fans but the ones who spoke to 3 News Now said they aren’t giving up on their team just yet as they have shown improvement every game.

Late afternoon Saturday DJ’s Dugout was full of Husker fans hoping to make a comeback from last week's game against Colorado. Even as Nebraska continued to trail Troy, fans loyalty to the team wasn't dropping.

Anticipation for this season seemed to be at an all-time high as Husker nation prepared for the Scott Frost era. And without a "W" so far this season not only are people rooting for the players to get a win, they are also rooting for Frost.

“He was realistic with us, in that it's hard to reconstruct an entire football program overnight but we know that he's got all the right things in place, he knows what he's doing and it's all going to work out in the end,” said Husker fan, Dorie Gebhard.

"I wouldn't expect frost to be able to make a miracle every year like last year, it takes time to build a program, that's why they weren't ready this year,” said Husker fan, Mike Godek.

“There's a future, you feel like there's a future in Nebraska football now like we didn't have before, so I think that's the biggest thing,” said Husker fan, Mark Bohn.

While the outcome wasn't what the fans wanted to see, "it's disappointing but ya know what, they are rebuilding, and I get it,” said Bohn. Their loyalty continues to run deep.

"Last year I would have shut off the TV but this year both games I had the TV on and I’m excited, a loss, a win, we have to show our support,” said Yong.

"Just because we played the way we did, it doesn't make you lose faith, I think there's a lot of things that we're gonna do to pull together and be a great team,” said Husker fan, Jenny Bohn.