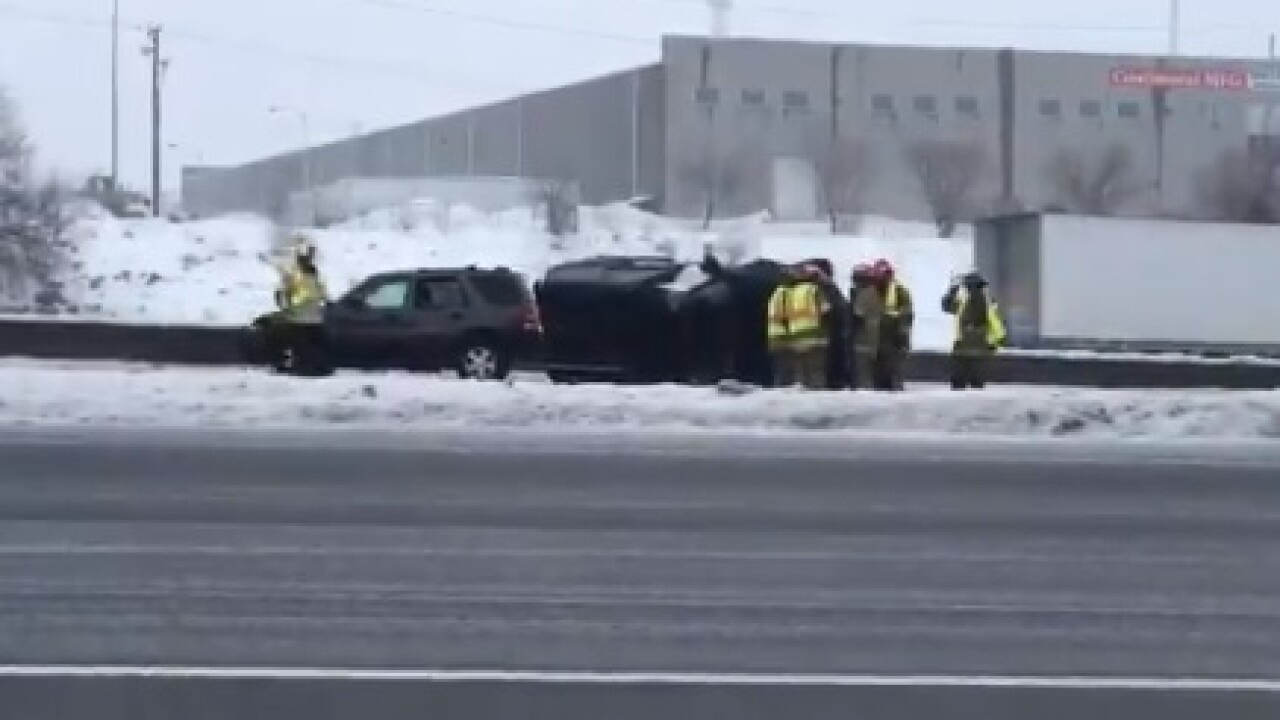 The Nebraska State Patrol says Interstate 80 is closed between Gretna and Grand Island because of the winter storm.

At about 4pm Saturday, NSP reported several crashes on that stretch of the interstate which is closed in both directions. Most of the interstate and highways in the Omaha and Lincoln areas are completely covered in snow or ice. uthorities recommend not traveling in the extreme conditions.

Trooper now say I-80 is closed at the HWY 370 Exit in Grenta west because of multiple crashes west of Exit 439.

Good afternoon, Nebraska! Interstate 80 is currently CLOSED between Grand Island and Lincoln. We’re working on closing it further east to Gretna. Please DO NOT travel at this time. #nspomaha pic.twitter.com/DgibefqFrC

In the metro, authorities reponded to a rollover crash on the I-80 I/L/Q Exit ramp near the "I" Street Exit.

Dangerous driving conditions on I 80. Car flipped on its side, crews diverting traffic. @3NewsNowOmaha pic.twitter.com/i6uBnucKxX

Stay with KMTV 3 News Now for the latest on the severe weather situation.