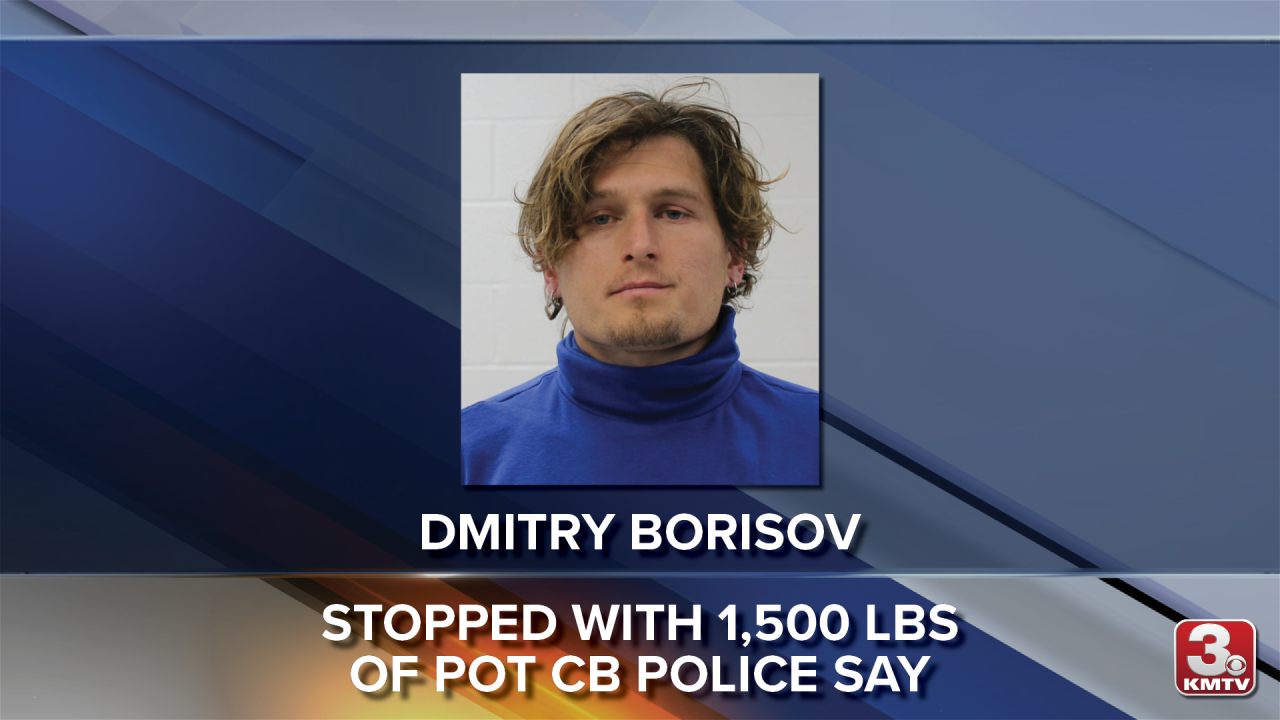 OMAHA, Neb. (KMTV) — On New Year's Day, Council Bluffs Police say an officer initiated a traffic stop after observing a driver speeding on I-80 eastbound. During the stop, they say a search yielded approximately 1,500 pounds of marijuana in cardboard boxes.

The alleged driver, 35-year-old Dmitry Borisov, was in a Penske moving truck during the stop they say.

Police estimate the street value of the marijuana to be about $4.5 million.

Borisov was booked into Pottawattamie County Corrections on charges of Possession with Intent to Deliver‐ Marijuana Over 100Kg/Under 1000kg, Prohibited Acts, Tax Stamp Violation and Possession of Drug Paraphernalia.