Initiative 427: Proposal to expand Medicaid is on the November ballot 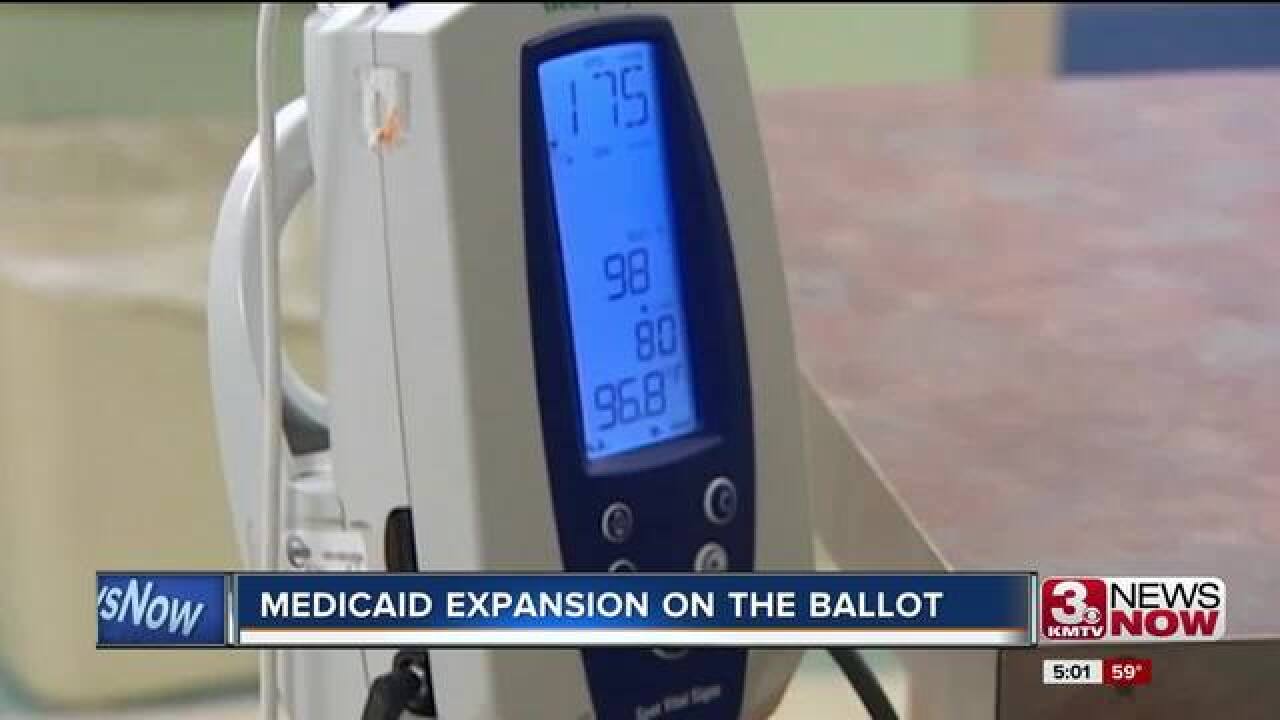 Initiative 427 proposes to expand Medicaid to about 90,000 uninsured, low-income adults in Nebraska. Those for and against said that this expansion will show the most impact on our economy.

Supporters said this expansion is key to improving Nebraska’s workforce.

Much of the debate over Initiative 427 is focused on the cost to state taxpayers.

Backers said it will infuse federal dollars into the state, "we have an economic impact study that was done by some professors at the university that shops that once we expand Medicaid we will bring over a billion dollars in federal funding back to our state,” Mandy said.

But opponents said it could become a big burden, especially if we see an economic downturn.

Jessica Shelburn, state director for Americans for Prosperity Nebraska, cited Oregon as an example of that, saying four years after expansion they saw problems.

“They were looking to fill a budget gap of 328 million dollars,” Shelburn said.

There's also debate over what it would do to the quality of service, “by throwing an additional 90,000 individuals into this system it crowds out the resources for existing Medicaid recipients,” Shelburn said.

But supporters like Mandy said at the end of the day passing this initiative will help people get access to health care they need. Shelburn agreed more people will have access but questions whether it will be the right fix.

“Just because somebody has a Medicaid card doesn't mean they are gonna have access to the quality of health care that they need,” Shelburn said.

Another argument for the initiative to pass is ER visits.

We want to hear from you, let us know your stance on Medicaid: