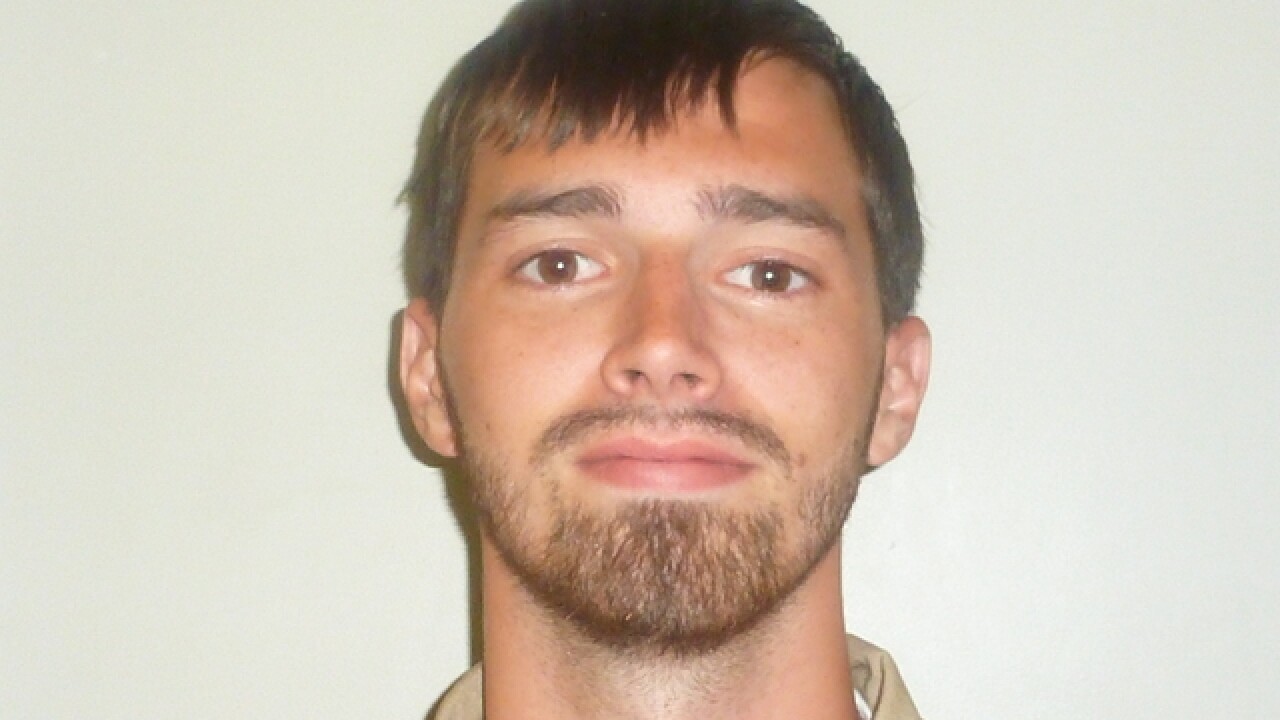 Copyright 2018 Scripps Media, Inc. All rights reserved. This material may not be published, broadcast, rewritten, or redistributed.
<p>Christian Reinke</p>

An inmate who fled a Nebraska Department of Correctional Services work camp in McCook on Thursday night was arrested Friday afternoon in Bennington.

According to a release from Nebraska State Patrol, Christian Reinke, 20, of Hebron, was spotted pulling into the Bennington High School parking lot Friday afternoon by a trooper, resulting in a lockdown at the school; additional NSP units and a helicopter were deployed to that area.

Authorities said Reinke traveled to Bennington in a stolen 1998 Chevy Suburban after escaping from NDCS Work Ethic Camp in McCook about 8:20 p.m. Thursday.

Reinke was taken into custody — along with another man and two women — during a felony traffic stop about 1:20 p.m. Friday near 144th Street and Bennington Road, the release states.

Reinke is facing charges of possession of a stolen vehicle and additional charges related to his escape.