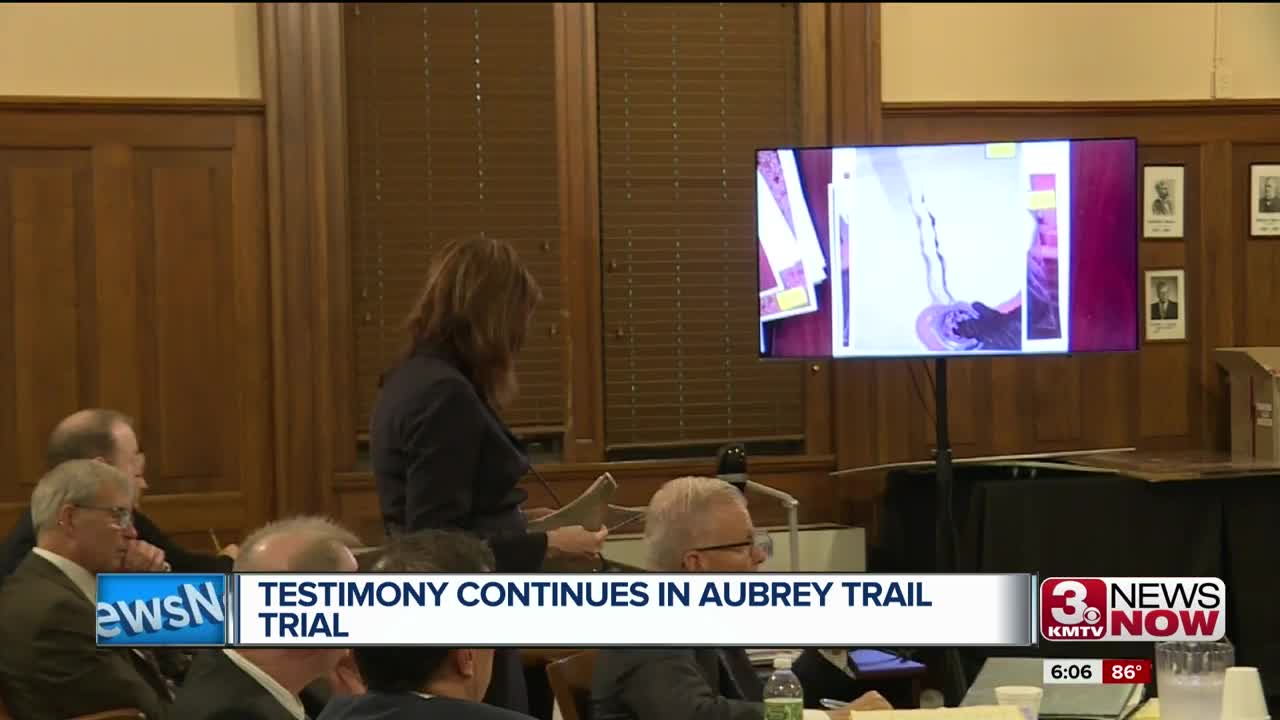 WILBER, Neb. (KTMV) — Wednesday in court, new details paint a grim picture of what prosecutors say Aubrey Trail and Bailey Boswell did with Sydney Loofe's body after allegedly murdering her. Trail was not in attendance once again after choosing to waive his right to be there.

Much of the evidence presented in court was graphic. FBI Investigator Eli McBride describes the 17 crime scenes in ditches on country roads in Clay Country in December of 2017: trash bags of body parts, clothing and cleaning tools.

"Ms. Loofe's body was cut into 14 pieces. We found 13 of those pieces. The piece of her body we did not would be her upper left arm just above her elbow to just below her shoulder," McBride said.

Many of her organs, including her heart, were missing.

Investigators also found a sauna suit believed to have been worn by the defendants, so they searched the apartment and vehicles again this time for clues to the murder. In it, they found an anatomy book and the sauna suit box. They also found a hatchet, bolt cutters and other tools but not a hacksaw which they believe was used to cut up the body.

Investigators made sure to do a deeper search of the apartment and vehicles tearing up the carpet, ceiling tiles and floor boards because of what Trail was telling them at the time.

University of Nebraska Medical Center DNA analyst Melissa Helligso made a trip to Saline County today as well as an FBI analyst. They talked about DNA evidence throughout the entire case. They were able to find blood stains on some of the evidence found out in the rural areas where the body was spread and say much of the other evidence was inconclusive.