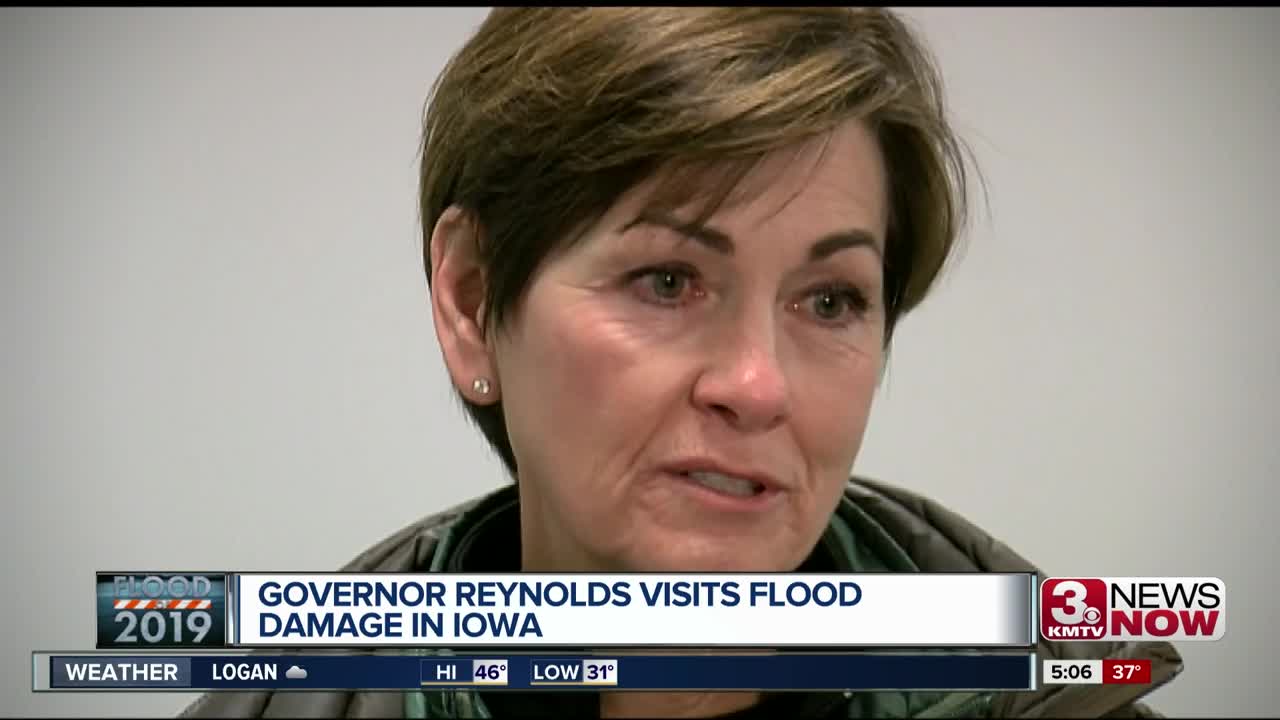 Reynolds and other state leaders found Pacific Junction almost completely under water, this happened just hours after the town's mayor issued a mandatory evacuation notice. So far, 41 Iowa counties have requested state assistance, and Reynolds says she will ask President Trump for an emergency declaration.

Fremont county is one of the 41 counties requesting assistance. The Missouri River overran a levee, leaving the town of Hamburg underwater. The devastation forced half of the population out and knocked out the town's sewer system. People in Hamburg tried to limit the damage by creating a wall of sandbags, but the town's levee breached on Sunday.