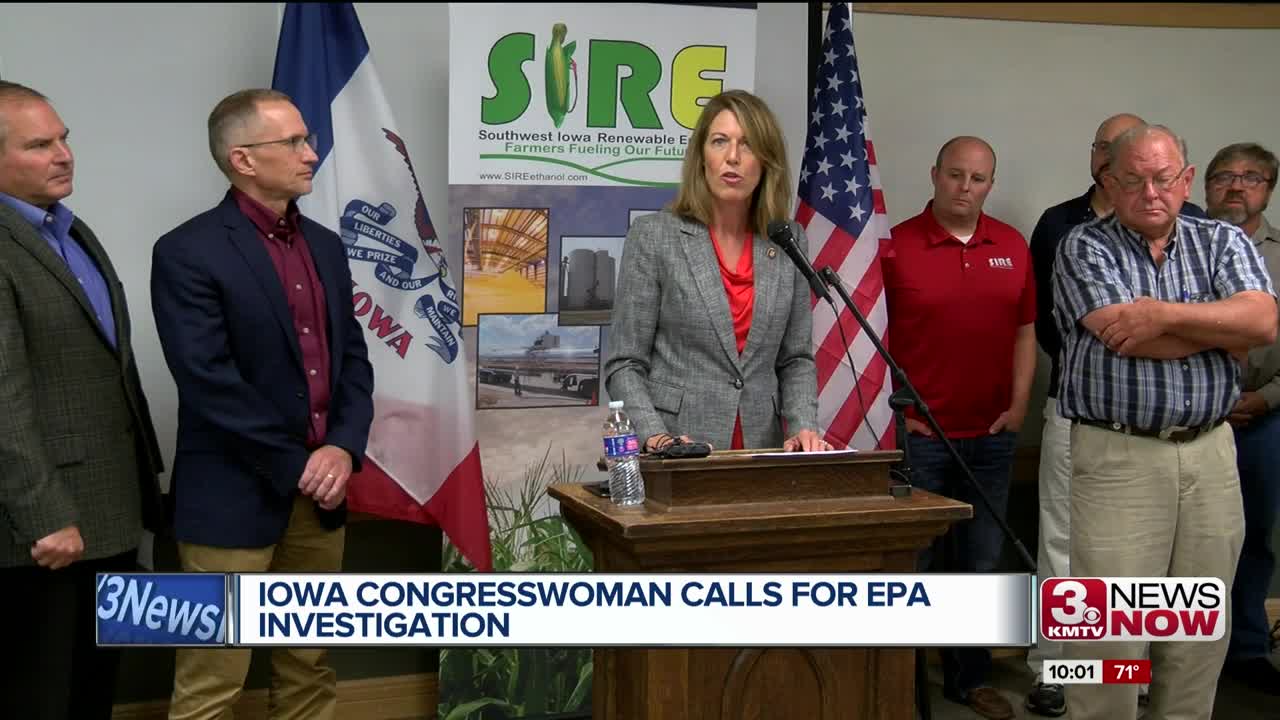 Rep. Cindy Axne is hoping to get waivers over-turned that she says hurts farmers, but helps the fossil-fuel industry.

COUNCIL BLUFFS, IOWA (KMTV) — Congresswoman Cindy Axne held a press conference at the same place President Trump spoke at in June when he announced he was allowing E-15 gas to be sold year-round. Now Rep. Axne says the president turned his back on ethanol and those that benefit from it.

"I remember hearing the president say that he's the best thing that happened to farmers, as a matter of fact, that's a joke, he's creating problems that are hurting our farming community,” says Axne.

Axne is calling for an investigation into a recent move by the EPA that allowed 31 oil refineries to be exempt from putting ethanol in their fuel. Since his presidency, Trump's EPA has given out 85 waivers to fossil fuel companies, that's compared to fewer than 10 given out by the Obama administration.

"What we're seeing with this administration is a dogged approach to allow the biggest fossil fuel players, an opportunity to put more money back into the pockets of their large shareholders and take that money into the pockets of hard-working farmers right here in Iowa,” says Axne.

It's hitting farmers, and the refineries that produce biofuels, such as Southwest Iowa Renewable Energy. CEO Mike Jerke says since the decision, plants have reduced production.

"15 plants have been shuttered, or idled in the last 12 months, 25 percent of those since August 9th. Lost demand for over 300 bushels of corn,” says Jerke.

This comes while farmers are hit with low crop prices and tariffs.

Those at the press conference say in the meantime they hope congress renews a tax incentive that directly gives back to ethanol producers. But Axne eventually wants many of the waivers pulled back.

"Making sure that we protect the ethanol industry and stop issuing these waivers that aren't needed, that are unnecessary and don't benefit anybody but these large fossil fuel companies,” says Axne/

Anger of these waivers seems to be bi-partisan in Washington. Iowa Senator Chuck Grassley said after the recent exemptions were announced that the EPA "screwed us."