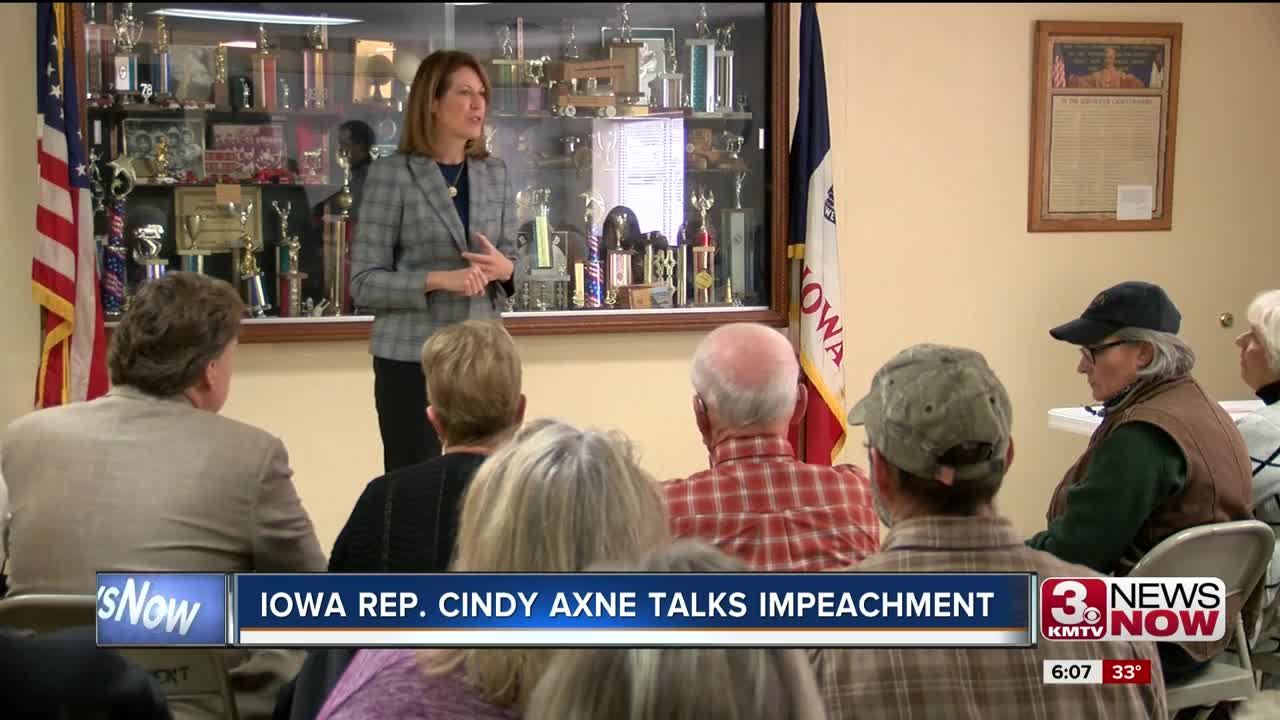 CRESCENT, IOWA (KMTV) — Every person that spoke up at the town hall had flooding on their mind. Rep. Cindy Axne says she's focused on those efforts, plus her other priorities like lowering prescriptions drugs and helping farmers get a new trade agreement.

"That's my focus, there are other folks in judiciary and intelligence doing their job, I'm doing mine and when the time comes for me to take a vote and I have that information, then I'll make that decision then,” says Axne.

At the town hall Wednesday morning, the word impeachment was brought up once, while Axne was telling the dozens in attendance that she's been focused on issues iowans care about.

"That's why I dropped an agricultural bill the day the impeachment inquiry was announced,” says Axne.

Still, she said after the town hall that she'll be listening to the public impeachment hearings carefully. But, she believes President Trump and his administration has already admitted to some wrongdoing.

"So we have a president who not only asked a foreign entity to get dirt on his opponent but then he basically held out military funding that was appropriated by congress, as a threat.”

"Those acts are impeachable, I mean it was quid pro quo,” says Axne.

Axne's Republican colleagues whose districts sit right next to Axne voted to not open the impeachment inquiry at all.

Nebraska Republican Congressman Don Bacon, said last week the process so far has been hyper partisan and unfair to Trump.

"Hatred of the President alone is not grounds for impeachment. Our citizens will decide who our next President will be in 13 months, and we should trust the voters to decide and respect their will,” said Bacon in a statement.

“President Trump is correct to describe this as a witch hunt, and the President's phrase takes on added significance with the actions of the Democrats in the House,” said King in a statement.

Axne trusts the process and will wait to see what charges are brought to the house floor.

"The number one job that I have outside of representing your district is to protect our country and so we've got to have all the information we can get, to ensure that our elections aren't tampered with, because only Americans should be influencing who wins,” says Axne.