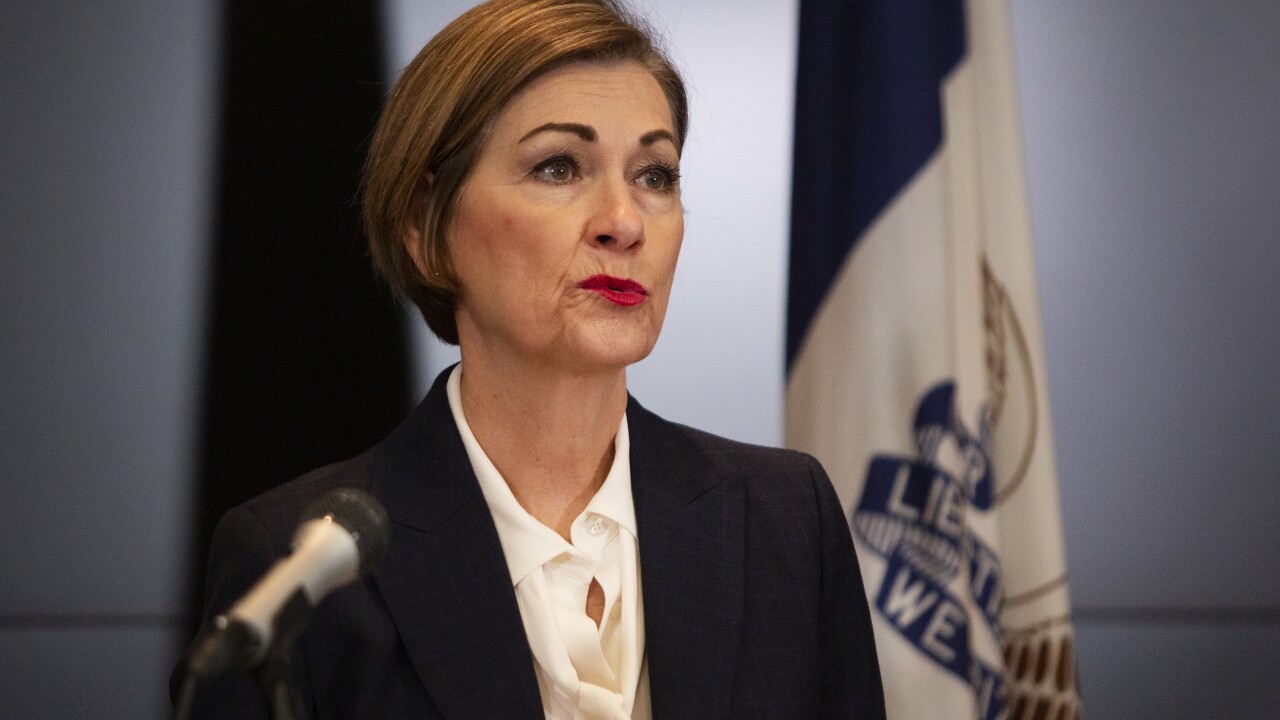 In her Tuesday night speech, Reynolds credited the Trump administration with a quick response in spring 2019 when the flooding Missouri River breached levees, inundating communities and farmland.

She said Trump again acted quickly to help the state when an Aug. 10 wind storm toppled trees and flattened crops, leaving swaths of the state devastated.

The governor also praised Trump for sending billions of dollars in payments to farmers who faced tariffs during a trade war between the U.S. and China.