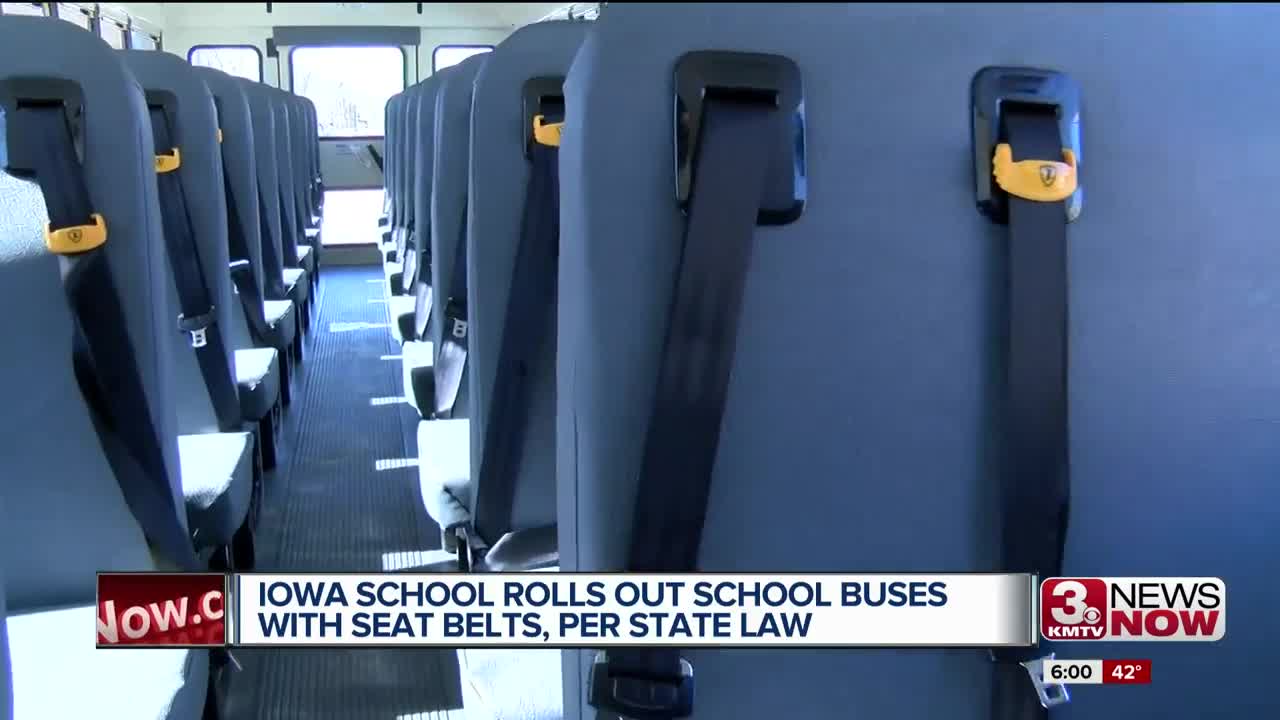 MONDAMIN, Iowa — Students at West Harrison Community School spent Tuesday training and familiarizing themselves with seat belts on their new six school buses. Back in October, a new state law was passed to require all new buses to include seat belts.

West Harrison is one of the first schools in western Iowa to get the updated buses since the law passed. Schools are not required to install seat belts to their current buses.

"It was just a decision by the board to go through with leasing our new buses and following state law," principal Casey Ring said.

Back in 2017, a deadly school bus fire took two lives in Oakland, Iowa, including 16-year-old student, Megan Klindt. After the incident investigators claimed that increased safety and fire school bus protocol could've provided more time for the victims to escape.

This new law hopes to protect students during accidents. The training provided on Tuesday at West Harrison should help students react better during emergencies.

Alarming new footage also shows what can happen when there are no seat belts on a school bus during a crash. The Ohio State Highway Patrol released video out of a Pery County from last December when a collision caused high school students to be tossed around and end up on the roof of the bus.

The new buses began their routes after introducing the students to the buses Tuesday.