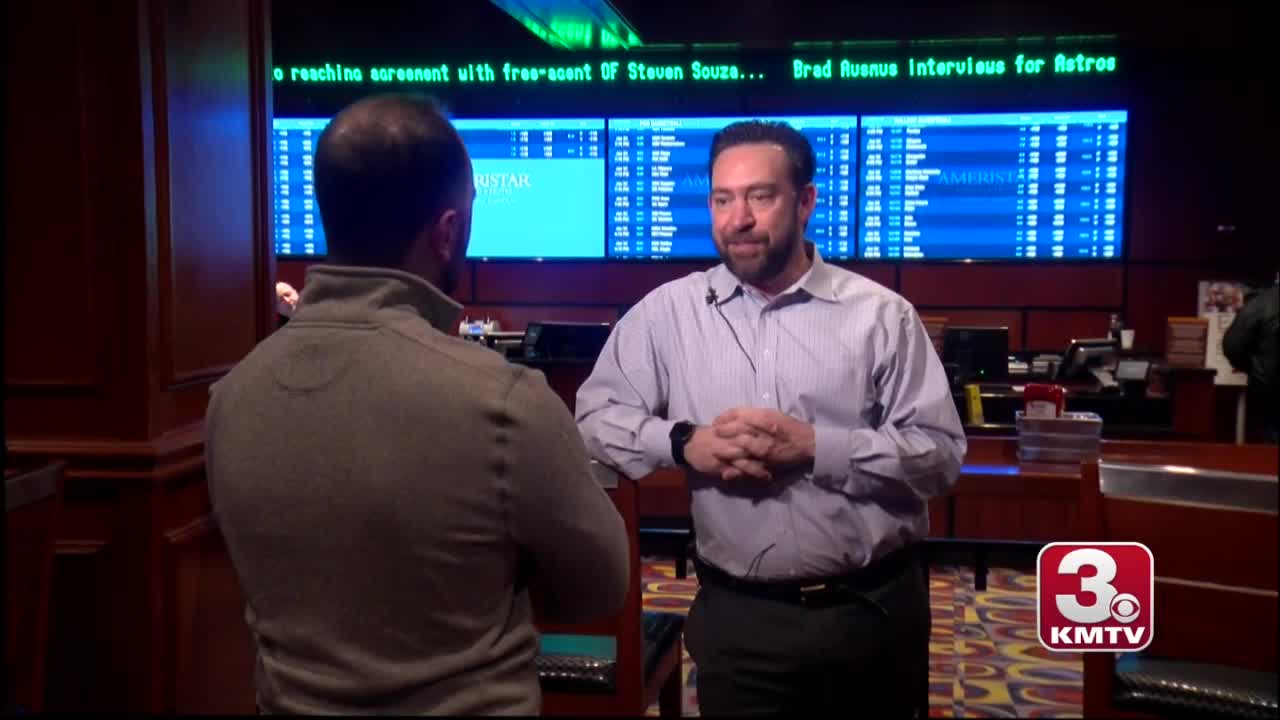 Super Bowl LIV will be the first one since Iowa legalized sports betting.

COUNCIL BLUFFS, Iowa (KMTV) — Super Bowl LIV between the Kansas City Chiefs and San Francisco 49ers is just under a week and a half away.

According to the American Gaming Association (AGA). with sports betting now legal in 14 states, they expect 1.2 million more Americans to place sports bets this year compared to last year. In 2019 the AGA estimated 22 million Americans, or one out of every ten adults, said they would place a bet either legally or illegally on Super Bowl LIII which totaled $6 billion. The association estimated 14 percent of people in Iowan and Nebraska planned to bet on the NFL in the 2019 regular season.

"Last Sunday we were wall to wall in here and I think this Sunday we will be the same for the Super Bowl," said Paul Czak, the vice president and general manager at Ameristar Casino Hotel Council Bluffs. "For years even when I was a kid people would do Super Bowl squares and things like that and now that it is legal it has exploded in popularity. For us and for a lot of the markets what legalized sports betting has done has made people feel safe now that it is legal. It's made it easier for companies like the NFL or other companies not associated with it to form partnerships with it."

Less than two weeks out, the Ameristar sports book in Council Bluffs is already seeing bets for the big game.

"Right now we have just over 230 individual bets you can make on the game," Czak said. "By the time the Super Bowl gets here including prop bets there will be 250."

The Kansas City Chiefs are the closest team geographically to the Omaha area. With KC in the Super Bowl for the first time in 50 years, it's no surprise to see which team bettors are placing money on.

"All the action this weekend is on the Chiefs, very little on San Francisco," Czak said. "We have over a couple hundred thousand dollars and just on futures bets and that doesn't include bets made during the game."

On top of the typical over-under and money-line bets, Super Bowl fans bet on everything from the coin toss to who scores first to how long the national anthem will go.

Currently the Chiefs are a one point favorite. But with excitement towards Super Bowl Sunday increasing, Czak expects more wagers to come in.

"People are fanatical about the Chiefs even though we're a couple hours away from them," Czak said. "There is a lot of buzz and I think it will be a good weekend for us and the whole weekend will be a lot of fun."

The American Gaming Association is expected to announce its sports betting projections for Super Bowl LIV next week. Super Bowl LIV between Kansas City and San Francicso kicks off at 5:30 central on February 2nd.